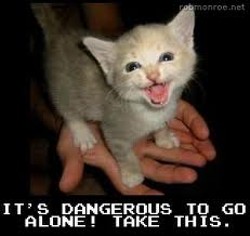 Odyssey (who we wrote about here) has two shows tonight. Two shows! Head on down to the Hop! for an early show at 5 pm alongside Shrieks of the Impaled, Wrath of Vesuvius and Mortal Remains, and a late show (at 8 pm) with the Brown Notes — who are releasing a new CD.

Hank III, grandbaby of the legendary Hank Williams and regular baby of Hank Williams II, has been described as simultaneously “hillbilly,” “honky tonk,” and “metalcore.” Whatever. It’s also just, you know, good. Hank III tends to be somewhat rowdy and sings lyrics that are not fit to print. Call him what you want, but basically he’s fun. And maybe a little scary. Head to the Knitting Factory at 8 pm. It's $18.

The arms of Six State Bender have been twisted into playing another reunion show, and we're sure it'll be packed to the gills. Check them out tomorrow with the Creeps and Whiskey Dick Mountain at 9 pm. A Club. $6. It may or not be 21 and over.

Downstairs at Mootsy's, catch the Pavement-y band Hermit Thrushers, alongside locals Mirror Mirror (see our story on them here) and the Camaros. 10 pm. $5. Gotta be 21.

On the lord's day, have a night of nice, clean fun with indie rockers the Plain White T's. They play the Knitting Factory with the Summer Set, the Downtown Fiction and Allison Park. 8 pm. $20.

Or you could spend the lord's day at a metal show! The best kind, too: a metal arena show! Hopefully there's tons of pyrotechnics and whatnot. See Avenged Sevenfold, Three Days Grace, Bullet for my Valentine, Seether, Escape the Fate, Sevendust and whole bunch more at the Spokane Arena. And, oh my god, it goes all day: 2 pm - 11 pm! If you have a stomach afterward, I'll be surprised. $25-$65.

Lettuce recall — A California lettuce grower recalls bags of chopped romaine lettuce because of the possible listeria contamination. The lettuce was sold in the Pacific Northwest, including Washington and Idaho. (KREM)

Rumble in the Valley tonight! 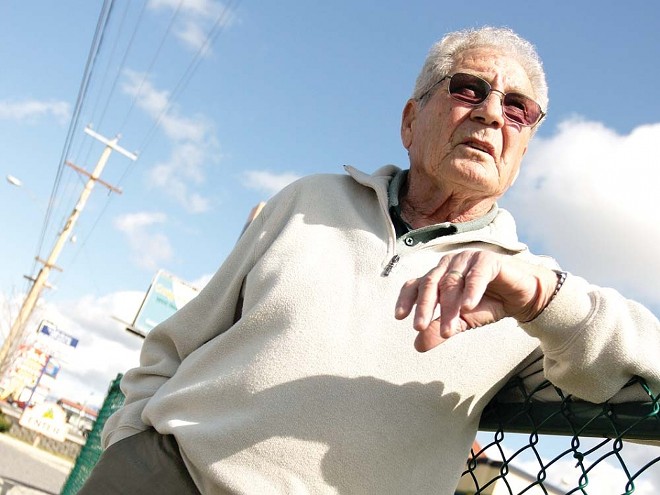 Chuck Hafner, the only candidate running unopposed, on East Sprague

The candidates for three open seats on the Council will be going at it tonight from 7-9 pm at CenterPlace (2426 N. Discovery Pl.), and we'll be there, live-blogging the whole thing from over on our Facebook page.

We'll give you the lowdown, reveal the background, and encourage some throwdowns in the comments.

A few questions you should be asking while following:

• Are Cline and Woodard pretty much a continuation of the "PositiveChange" group that seized control of the council in 2009? They fundraised with Grafos and Hafner.

• Should the Valley try to create a city center? Or just leave everything alone? And should the center be at Mirabeau Park or University City?

• Should the Valley government intentionally try to influence the design of the city? Or just let business develop where it develops?

• Should a one-mile section of Sprague return to a two-way?

• Now that the Valley's killed its 20-year Sprague-Appleway Revitalization Plan, what's next?

In a brief filed Tuesday, the U.S. Department of Justice took aim at some "Frequently Asked Questions" that Spokane Mayor Mary Verner handed out to reporters in lieu of questions at a recent "news briefing" about the Otto Zehm case, according to the Center for Justice.

"Mayor Verner released a document purportedly containing accurate statements about the criminal and civil cases in the form of answers to Frequently Asked Questions," wrote Assistant U.S. Attorney Tim Durkin in the brief. "However, several of the publicly disseminated “FAQ” statements are patently false and inaccurate, including representations by city attorneys that they ‘met with’ DOJ officials after receiving a June 15, 2009, e-mail outlining DOJ concerns, inter alia, with conflicts of interest within the city attorney’s offices and interferences with the DOJ’s ongoing investigation."

Verner had already taken flak for the FAQ sheet, from sources as divergent as the Center for Justice, the Spokesman-Review and KREM. The Inlander wrote about the briefing as well ("Not a Press Conference," 9/14/11). Verner, who is running for re-election, also received criticism from her challenger, David Condon.

MORNING HEADLINES: Fraud, a plot, and the Court 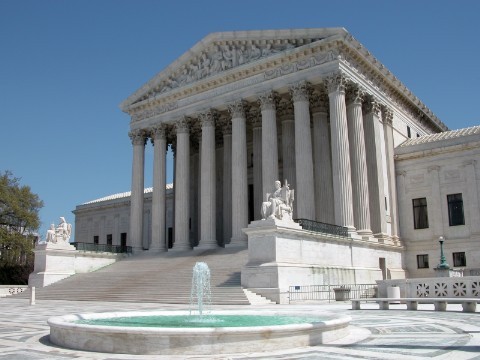 Sheriff resigns — A veteran Spokane County Sheriff's deputy has quit his job after he was accused of defrauding the federal government. (KXLY)

Health care in the Supreme Court — The Obama administration moves for Supreme Court  to review the Atlanta appeals court decision that declared the 2010 health-care act’s central provision — that individuals buy health insurance or pay a penalty beginning in 2014 — unconstitutional.(NPR)

Riverbed reconstruction — The Kootenai Tribe of Idaho is leading efforts to redesign the Kootenai River and restore the habitat of endangered white sturgeon. (KREM)

For all the hype for Future-Men-in-Dinosaur-Times drama Terra Nova this week (see the TV preview in this week’s paper), the show itself premiered to less-than-impressive ratings and a lot of mockery from critics. Yet, this type of show — the next “next Lost” — has pretty much always suffered from many of the same problems. Yes, there was hype (and considerable flaws) for Flashforward, for Falling Skies, for The Event. Yet, I want Terra Nova to succeed, to become an awesome show. The 6-year-old-who-loves-dinosaurs that resides in all of us demands it.

1. Bring on the vibrant characters. I’ve made this point before. Let’s call it the Joss Whedon Principle: The more sci-fi or fantasy concepts play into a show, the more  interesting the characters need to be to compensate. Most writers seem to think it’s the opposite — that the star battles, dragons, or dinosaurs will distract an audience from the bland characters.

Maybe that works in movies. But here, on TV, it’s the opposite. All the special effects can drown out subtlety. So go big. Bring on your best character-actors. Give everyone interesting quirks. Take the most fascinating, odd people you know, and place their personalities in the dead-boring roles you’ve designed for them. Personality — beyond just the choices the character makes — is what we tune into TV for. Even one great character helps. That's why a show like House has lasted so long. That's what makes Fringe.

With the exception of Gruff General, nearly every single lead actor in Terra Nova seems like they’re trying to be the lead from Avatar. And nobody, absolutely nobody, was talking about how great the lead was. Because of budget and because of the challenge of continuing to write many, many hours for one set of characters, all TV needs to be character-based.

2. Go back to the future

Alyssa Rosenberg, TV critic for Think Progress, found the dystopic future at the beginning of the pilot — rife with overpopulation and fascism — far more interesting than the same-old-but-with-dinosaurs world of the Terra Nova colony. I’m a little more skeptical, but there’s a key point here: The contrast — and the interplay — between the two worlds is a notion with far more potential than “what if people had to fight dinosaurs?” Currently, however, the travel is only one way. But what if it wasn’t? What if you had a world crammed with despair and desperation going back and forth between a dangerous world of hope and plenty? That would raise interesting questions.

3. Find better excuses for chaos. Many of the complaints about Terra Nova have been directed at the whiny kid — the one who hates his dad and puts the whole camp in danger through stupid mischief. This was also an issue with Falling Skies — stupidity and impulsiveness never make compelling drivers of plot. You know why fellow dinosaur disaster Jurassic Park worked? Because while Nedry was stupid, he wasn’t driven by impulse. He was driven by greed. So let chaos befall the camp. Let it be because of necessity, because of betrayal, because of political differences, because of rational action. Use Battlestar Galactica as your guide. For all its flaws, its plot drivers felt real, felt powerful, and felt provocative.

4. Flesh out the family dynamic. Family dynamics have a bad rap. And seeing how they were frustrating to watch on shows like The Unit and No Ordinary Family, their skepticism is understandable. But the best shows — like Breaking Bad and Friday Night Lights — have used the family to drive conflict, establish stakes, and develop its characters. Yet despite Terra Nova's focus on family (as detailed by the A.V. Club’s Todd VanDerWerff and Rowan Kaiser), their relationship doesn’t yet feel real. Imagine how much better this show could be with Coach Taylor doing the raptor-killing.

5. Imply dinosaurs more often than showing them. It’s a matter of budget. It’s expensive to buy and train a realistic-looking Apatosaurus. But more than that, it’s a matter of suspense. Jaws was great because you didn’t always see the shark. Signs worked until you saw the full alien. The unknown might not be showy, but it’s always more suspenseful. It’s what Hitchcock taught us long ago. The Hays Code became his greatest asset.

Get Cathy McMorris Rodgers on your iPhone

When God invented the iPhone, He meant for us to play Angry Birds and Words With Friends all day long.

But were we meant to be connected with our representatives in government? According to U.S. Rep. Cathy McMorris Rodgers, R-Eastern Wash., the answer is yes. Because there's an app for that — er, I mean her.

Her app, available at the App Store for free, is just the latest step for the Congresswoman leading the way in social media for her fellow Republicans. If you don't follow her on Twitter, or aren't already her friend on Facebook, now you can learn about what she's up to, read her biography and even take her latest survey. Today's survey has to do with her favorite proposed constitutional amendment: the balanced budget amendment. Yay!

For more politicians' apps, search iConstituent in the store. There's a ton.

Each Wednesday on Bloglander, we give you a taste of happy hours going on at bars around town that night. (Read previous posts.)

Rico's, in Pullman, celebrates happy hour after 4:30 pm. Specials include: 50 cents off pints and doubel wells drinks, $.50 off pints and $1 off pitchers. 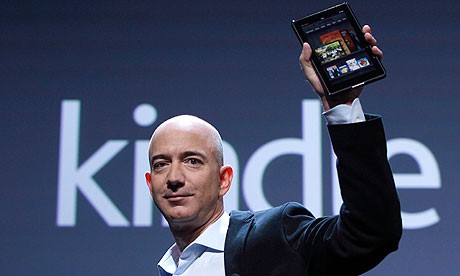 Meth raid in Mead — The Spokane SWAT team raided a house in Mead this morning, arresting two adults for possession of methamphetamine and sending two children to state custody. This same house was busted twice before in 2009. (SR)

Six days is the right way  — Yesterday, 20 Coeur d’Alene mail carriers lobbied outside the office of Congressman Raul Labrador to save the post office. (CDA Press)

Chase away the blues — A new study says four or more cups of coffee a day may help women ward off depression. (LA Times)