Did your paycheck get smaller this month? 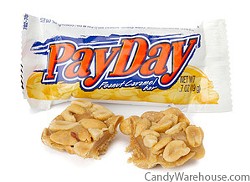 And, chances are you’re going to notice the same thing. This is because of what happened during all of that fiscal cliff debate in Congress — or, rather, what didn’t happen.

In 2011, when the economy was still struggling, the federal government gave working folks a break by bringing the payroll tax rate down from 6.2 percent to 4.2 percent. The idea was that an ordinary middle-class family might be more likely to go out for dinner or buy a new TV with that extra cash, and enough families out getting dinner or TVs or whatever would get the economy creaking back into motion.

The bad news is that tax cut was set to expire at the beginning of January, right when we were starting to take it for granted. Congress could have extended the tax cut during the fiscal cliff negotiations, like it did last year, but didn’t.

For a worker earning $50,000, the change back to 6.2 percent adds up to a difference of about $1,000 a year. There’s already some indication the increase is hurting consumer confidence.

The fiscal cliff compromise also let the tax cuts instated under President George W. Bush expire — but only for people who make more than $400,000 and families who make more than $450,000, so those increases don’t affect most of us. The Wall Street Journal made an infographic about how the cuts will affect average people that’s been lampooned all over the internet as out of touch. Because yeah, look at all those sad, average folks earning more than $260,000.