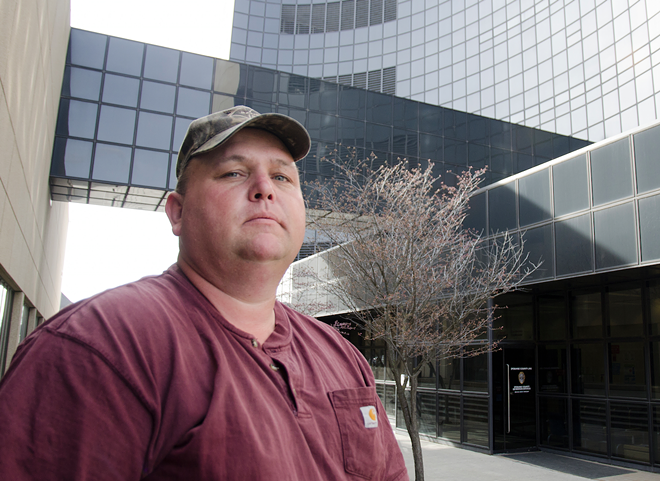 The Inlander wrote about the Lee family and reported delays in jail medications in April. The new lawsuit states Danny Lee suffers from bipolar and other impulse disorders, taking three complementary medications to manage his behavior and mood. His father, Robert Lee, says Danny suffers “horrific” anxiety and violent mood swings without the meds, making them essential to his and others’ safety.

The Lee lawsuit alleges jail officials made repeated excuses, broke promises and at one point threatened their son throughout the family's attempts to get him his medications while at the jail and Geiger Corrections Center.

“As a direct and proximate cause of the unlawful delay in medication and the retaliatory threats to him,” the lawsuit states, “Danny Lee [now] suffers from ongoing anxiety and pervasive fear of isolation and mistreatment by police and jail authorities.”

Danny Lee was first booked into the jail on May 8, 2013, after pleading guilty to shooting bystanders with a paintball gun. In preparation for the jail term, his father ordered sealed medications and obtained a court order approving his proper medications. When they arrived at the jail, a corrections deputy refused to accept the meds.

“These guys deliberately denied him his medications,” Robert Lee says.

Lee and his attorney, Jeffry Finer with the Center for Justice, argue the delay of medication causes unnecessary suffering and safety risks. It also demonstrates indifference or negligence of existing jail policies, which state: “Medications brought in by inmates, their family, friends, or any other outside source will be reviewed by the jail physician. If approved, the medication will be administered to the inmate in the same manner as medications supplied by the jail.”

Knezovich says he has not reviewed the lawsuit filings, but was not surprised. He contends Robert Lee previously threatened to sue over the matter, offering to drop the issue if his son was released from jail. Knezovich notes he did not hear many complaints regarding meds throughout the seven years he oversaw the jail. Since June of last year, the county has run the jail as a separate department.

“I don’t really believe that it is that big of an issue,” Knezovich says. “We have one individual who is trying to make it an issue.”

McGrath, the head administrator for the jail, previously acknowledged contradictions in the jail’s medication policies. He says the jail has launched a review of its policies in an effort to standardize the rules and improve care wherever possible. He could not be reached Friday for comment on the lawsuit.

Several other claims against the Spokane jail show similar complaints in recent years. The family of Amanda Cook, who killed herself in the jail in December, also voiced frustration over the jail's denial of medication and delays in mental health treatment. Attorney Finer says he has had a number of families approach him with such stories, saying: “I’m seeing these line up and I can’t move them fast enough.” He expects additional lawsuits may follow.

Robert Lee says county officials later conceded they had not handled Danny’s medications properly, but the family wants to see reforms in how the jail provides access to medical and mental health care.