After nearly five years in enemy captivity, U.S. Army Sgt. Bowe Bergdahl, of Hailey, Idaho, appears to be headed home following his successful return to American custody, according to new reports from U.S. officials, ending his long ordeal as the only American prisoner of war in either Iraq or Afghanistan. 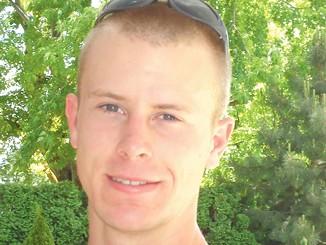 The Associated Press and other media reported this morning Bergdahl had been released by his Taliban captors and is now in U.S. custody. Held since June 30, 2009, the U.S. officials had recently stepped up negotiation efforts with the Taliban to secure his release.

The AP reports Bergdahl was released in exchange for five Afghan prisoners held at Guantanamo Bay. The Qatar government mediated the negotiations. Bergdahl is said to be in good condition.

New video of Bergdahl surfaced in January, renewing local hopes his freedom might be approaching. His family has received strong support from the Hailey community and beyond, with numerous Spokane billboards calling for his release.

UPDATE: President Obama has released an official statement on Bergdahl's release, expressing the nation's relief and and thanking the Qatar government for its assistance.

"On behalf of the American people, I was honored to call his parents to express our joy that they can expect his safe return, mindful of their courage and sacrifice throughout this ordeal," the statement reads, adding, "Sergeant Bergdahl’s recovery is a reminder of America’s unwavering commitment to leave no man or woman in uniform behind on the battlefield."