America celebrated America’s independence from the British last Friday. Here’s how we did it in Spokane. (Inlander)

Washington has finally issued its first licenses for retail marijuana shops in the state. (KHQ)

The joys of summer always include road construction — now an I-90 repaving project set to start today may be in limbo thanks to federal funding problems. (SR)

Tonight, there are two big indie rock all-ages shows happening at the Bartlett and the Big Dipper, Kithkin and the Antlers. Do your best to be at both. (Inlander)

Around 60 women and girls are reported to have escaped from the Nigerian Islamist group Boko Haram, but 200 are still being held. (BBC)

After a hard fought battle over the last couple weeks, the Top 4 countries in the World Cup are Germany (whoo hoo), Brazil, Argentina and the Netherlands. (FIFA)

The Mariners nab two All-Star game spots with a possibility for more. The team actually isn’t embarrassing at all this year. Thank goodness. (Seattle Times/ESPN) 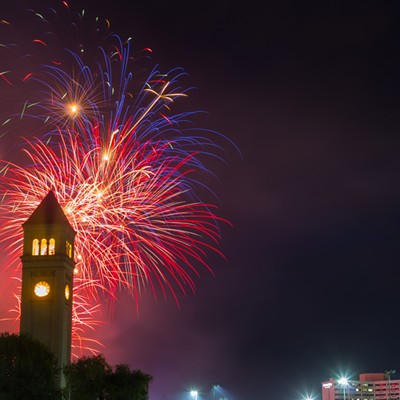