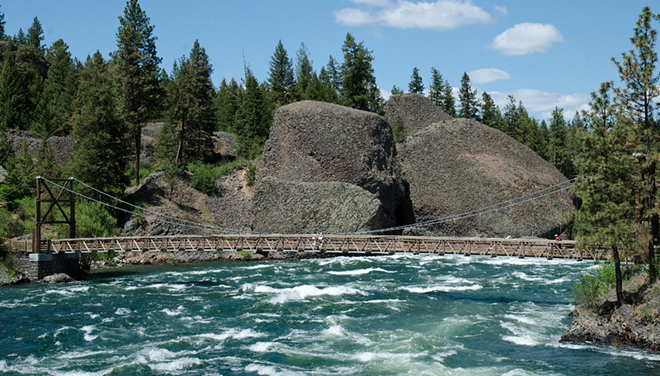 Jacob Jones
The Bowl & Pitcher rock area of Riverside State Park, which will have free admission on Sept. 27.

Wildlife officials, wolf advocates and ranchers have clashed over the Huckleberry pack and the killing of at least 24 sheep in Stevens County. The conflict has ended with one breeding female wolf killed and nearly 1,800 sheep moving off the grazing area. See our story in this week’s issue along with an in-depth guide to additional context and resource materials. (Inlander)

Anglers have rejoiced over record-level chinook numbers running up the Columbia River, more than 67,000 fish in a single day. See a live webcam of fish passing through the Bonneville Dam. (S-R/USACE)

State parks officials have announced a “free day” (no Discover Pass required) for Washington state parks on Sept. 27. An open house will also be held for a new equestrian arena at Riverside State Park. (State Parks)

Washington officials say this year’s fire season is one of the most destructive on record. (Reuters)

Environmental groups in Idaho threatened a lawsuit this week over a federal program that kills thousands of “nuisance” animals each year. (S-R)

Washington Department of Fish & Wildlife has continued to update its Fish Washington website to include new information on “high lakes,” which have nothing to do with marijuana. (WDFW)

The folks at the U.S. Department of Agriculture highlighted two Northwest habitat rehabilitation efforts, one in Chewelah and another in Idaho. (USDA)

So, Yosemite National Park continues to burn, but wildland firefighters have also had issues with dangerous bear encounters. (LA Times) The latest on the fire. (NPS)

Also, remember Outlander is now on Twitter, so check that out for additional updates.

The Onion in Spokane: 'Don't write 'revenge' in blood in the conference room'

We all watched "Z Nation" and here's what we thought 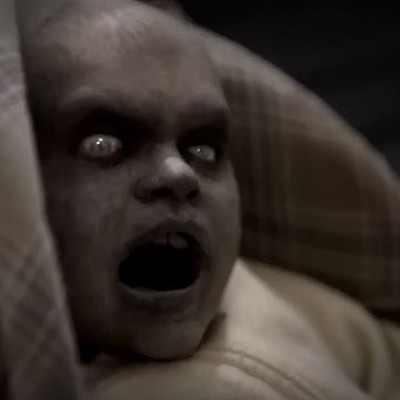