WEED WEDNESDAY: Why a city councilmember told a newspaper she's growing pot, and other news

Washington state continues to hand out licenses and rake in tax dollars from marijuana growers and sellers across the state. Here in Spokane, we had our own big grower news over the weekend.
click to enlarge 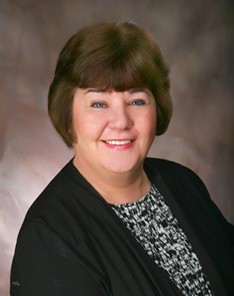 The Spokesman reported that the newest member of the Spokane City Council , Karen Stratton, is operating a 502-licensed pot grow with her husband. Unlike a lot of things in politics, this wasn’t something Stratton was trying to hide. She volunteered it to the newspaper. While public opinion continues to swing toward favoring marijuana legalization, that's still a bold move in Eastern Washington. So we asked Stratton about the decision to take her second job to the public and how growing weed is going so far.

"I saw [Spokesman reporter and former Inlander staffer Nicholas Deshais] and we were talking and I thought, you know, I would rather have this story come out and me be in front of it than to have somebody else bring it up and turn it into something that it isn’t,” Stratton says.

Like all recreational marijuana licensees in the state, Stratton, her husband and their other unnamed business partners passed background and financial checks to get their license. In the process, she says, she told her family, friends and coworkers at City Hall. Well, most of them. Stratton says she didn’t tell Councilman Mike Fagan or Mayor David Condon because she doesn’t have a “personal relationship” with either of them. The mayor said Monday that the Spokesman story was “the first I had heard of it.”

Stratton says she wasn’t intentionally trying to hide the business from anyone at City Hall, including the administration, and that part of her reason for going to the media was that she was “trying to give them a break from all the budget press." (The council and administration have been fighting publicly over pay raises and other budget issues.)

“I thought, ‘Well I’ll throw my story out there and take the heat off them for a little bit.”

Stratton says she hasn’t used marijuana since a trip to Hawaii when she was 19, but she’s had friends and family members who’ve used medical marijuana and her husband, attorney and Park Board member Chris Wright, had a client interested in starting a grow operation under I-502.

“We’re both 55 years old and we thought this would be a good investment. We have a son in college, so part of it, too, was a financial decision,” Stratton says. The pair says their experience with the Liquor Control Board has been complex, but generally positive.

“You do kind of feel like a pioneer getting started on this,” Stratton says.

The operation is just over 5,000 square feet in a marijuana grow park near Spangle with Cherry OG and Blue OG strains about a month out from harvest. Stratton and Wright don’t have a processor's license, so they’ll be selling to a processor, who will then package the pot for sale in stores. They couldn’t afford to hire staff to help tend the grow, so they’ve been doing most of it themselves. Stratton says she spends her weekends watering and trimming, playing Gonzaga’s classical music station for the plants.

“I was out there one morning watering and the farm next door was listening to this god awful rap music,” she says, “and I thought, ‘My plants can’t listen to this!’ so I went over and turned up the classical music.”

Elsewhere in Washington, Seattle is warning medical marijuana dispensary owners that they are running out of time to get state-issued licenses even though those licenses don't exist yet (Seattle PI) and King County's sheriff is endorsing Oregon's legalization initiative saying, "It's working here."

And the state's Liquor Control Board wants to increase how much pot can be produced (AP).

In Colorado, sales are up and edibles are still a unsolved problem, The Cannabist reports.

In New York, "despite campaign promises made in 2013, marijuana possession arrests under New York City Mayor Bill de Blasio are on track to equal – or even surpass – the number of arrests under his predecessor, Mayor Michael Bloomberg," according to a new report from the Drug Policy Alliance. Read it here.

WHAT'S UP TODAY? Open mics for comics and poets, and DIY DJ action

Reforesting Spokane, one tree at a time