Seasonal sipping on tap at this weekend's PowderKeg Brew Festival 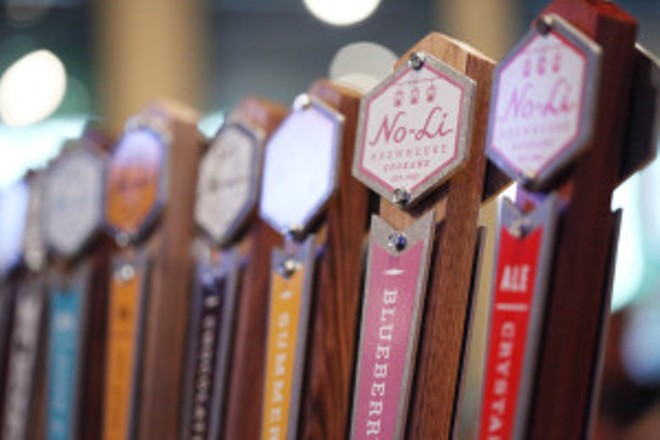 A total of 22 regional and local craft breweries and cideries come together for the second annual PowderKeg Brew Fest this weekend, Nov. 7-8, a sampling event catering to the various tastes of Inland Northwesterners. Attendees can choose from one of three tasting packages ($15-$25), take a spin at the prize wheel and try out some seasonal beverages in celebration of the coming winter.

After we've set our boots by the fireplace, shed our frost-covered scarves and put our feet up after a good day on the slopes, it just feels right to indulge in a seasonal ale that can only be appreciated during this time of the year. Local Hopped Up Brewing Company features Destroy my Sweater at PowderKeg, an earthy beer brewed with caramel and mulch malts. Some other seasonal drinks include the Jubelale and Chasin' Freshies from Deschutes Brewery, Sleigh'r from Ninkasi Brewing, No Li's Winter Warmer, the Winterfest Seasonal Ale from Sockeye Brewing and Trickster's Brewing Co.'s Winter Ale. Mmmm. Get cozy.

For fruit lovers, One Tree Hard Cider pours their Ginger Lemon Cider to wake you up and a Caramel Cinnamon Cider to bring you back to Grandma's apple pie. Finnriver Farm & Cidery goes tart and purple with their Black Currant Cider, made with organic and heirloom apples.

You're into the hops? Try Alaskan Brewing Co.'s classic Freeride APA, MickDuff's Noho, or Bale Breaker's Topcutter IPA with hops from the nearby Yakima Valley. More of a porter person? Give a taste to the bronze medal winner from the 2011 North American Beer Awards, MickDuff's Knot Tree Porter.

Here's a comprehensive peek at all the beer and cider on tap at this year's PowderKeg:

If it turns out your friends don't want to be your designated driver. Don't worry — we're partnering with Lyft. Only one ticket purchase is necessary for access both days to these two festive events: PowderKeg and Snowlander Expo. Get yours at the Snowlander Expo site, at the door or through Tickets West.

No surprises as incumbents, Republicans take most Spokane and state races