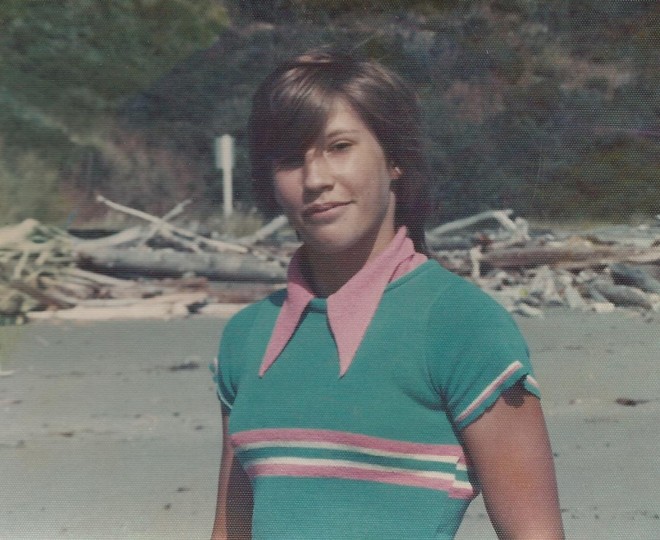 Gavin Cooley has been the Chief Financial Officer of the city of Spokane through four mayoral administrations. He’s the guy you talk to if you want the big budget details, if you want to talk bond ratings, or the city investment pool.

Stephanie Renee Meier, who went by Renee, is a woman you may have seen on the news or read about in the Inlander this week. Her life ended last week when she was hit by a City of Spokane truck. She was homeless, living in a field in West Spokane. She suffered from serious mental illness, had been arrested multiple times, and her family struggled to figure out how to help her.

And there was a time when Gavin Cooley and Renee were boyfriend and girlfriend. Of a sort, anyway.

Cooley was in 9th grade, and Renee was in 8th. And Cooley really, really wanted to kiss her. And no wonder. She was pretty, artistic, had a wonderful soft voice, and by far, was the best skier on Spokane Mountaineer Racing Team. Better than Cooley, for sure.

Cooley, Renee, and the rest of the team would travel around the Pacific Northwest, skiing together in big races. He remembers the time that she broke her ski. But she, always clever, always tenacious, adapted. She kept skiing on one ski, slalom style. “I think she spent about two months skiing on one ski,” Cooley says. “She was beating most everybody on the ski-team on one ski. I remember being really irritated.”

She was adventurous, daring and stubborn, Cooley remembers. “She was what you’d expect from an 8th grade girl with a great personality,” he says. “Renee had that fierce independence…We were riding up the chair all day long, I never once heard her complain.”

But he never kissed her. Back then, he didn’t have the nerve.

The following decades showed just how much two lives can diverge.

“I think back then, there was nothing even remotely hinting that anything could happen like this,” Cooley says about the accident, and the events that led up to it. But over the years, he says, the team got the sense that she was struggling with all sorts of issues.

In 2003, the same year Cooley was nominated for CFO by Mayor John Powers, a Spokesman-Review article began like this:

If the city of Spokane drew a composite of its poor, the result might look something like Stephanie Meier.

A single mother juggling 12 college credits and the care of five children, Meier has fallen further behind in the last year.

In October, she lost her $1,000-a-month job as a blackjack dealer. She owes more than $200 on her telephone bill and worries her electricity will be shut off.

Her one-word analysis of Mayor John Power's program to pull her from poverty? "Gibberish.”

Cooley says he ran into her at a Safeway recently. “She was very sharp, recognized me from a distance,” he says. But she didn’t bring up what she was going through.

“She wasn’t someone who reached out for help at all. That wasn’t her style,” Cooley says. “It wasn’t like she was turning to anyone saying ‘I’m homeless.’” (She did ask for help from several social service agencies, however, including the Women’s Hearth and the Hope House.)

He looks around at what happens, and so far, doesn’t see a solution. “I wish there were policy implications,” Cooley says.

There’s an additional grim connection here. Risk management, the city department that essentially handles the city’s insurance, is involved any time there’s an accident. And while Cooley isn’t directly involved in risk management, it is in his division.

The ski team has been texting each other non-stop since Renee’s death, he says. They’ve been calling each other, sharing memories, trying to make sense of it all.

Old-school blues, the state of women and lots of laughs in town Thursday

Tyler Harvey drops 42 in EWU's win, just after he tells the nation why he's its leading scorer