Washington state made history this week, when it the Washington State Liquor and Cannabis Board signed the country’s first-ever agreement with an Indian tribe allowing it to produce, process and sell marijuana.

During the last legislative session, lawmakers passed a bill allowing the state to enter into compacts with Indian tribes concerning the growing, processing and selling of marijuana. The Suquamish Tribe, based in the wester part of the state, were the first to make that deal.

Here’s the full press release from the Liquor and Cannabis Board:


OLYMPIA – The Washington State Liquor and Cannabis Board (Board) and the Suquamish Tribe today signed the nation’s first state-tribal marijuana compact. The compact governs the production, processing, purchase and sale of marijuana on the Tribe’s land. The agreement was made possible by legislation (HB 2000) enacted during the 2015 legislative session. The signed compact moves next to Gov. Jay Inslee for approval.
“We believe that working closely with the Suquamish Tribe we can ensure a well-regulated marijuana market that protects the health and safety of Washington State citizens,” said Board Chair Jane Rushford. “This agreement is an excellent model for future compacts.”
The State recognizes the Suquamish Tribe as a sovereign nation and negotiated the agreement in lieu of licensure by the Board. Per the enacting legislation, a tribal tax equivalent to the state excise tax will be applied to sales to non-tribal customers on Suquamish tribal lands.

“Our Tribe always favors a collaborative and cooperative approach,” said Suquamish Tribal Chairman Leonard Forsman.”We believe that our relationship with the State, including this compact, will best serve and protect our tribal community, surrounding neighbors, and residents of the state.”
On Aug. 29, 2013, the United States Department of Justice (USDOJ) issued a memorandum setting forth the eight enforcement priorities of the federal government which emphasized preventing access to marijuana by minors, preventing the criminal element from involvement in the industry and preventing diversion of product out of state. On Oct. 28, 2014, the USDOJ clarified in a memo that the same priorities should guide federal enforcement priorities in Indian Country.
Upon final signature, the compact remains in effect for ten years.

In Portland, a business exploiting a legal loophole allowing it to sell marijuana from a mobile cart was robbed.

What to watch for in tonight's GOP presidential debate

Want to be in a James Franco movie? Head to Yakima. 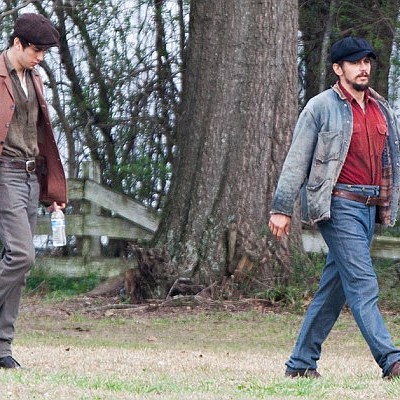