Women in soccer, dishonest cops, school discrimination (and other news) 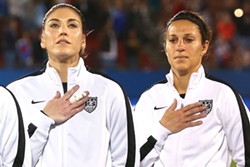 • The police officers who killed an unarmed black man in Minneapolis last November will not face criminal charges, according to the Hennepin County prosecutor. (Hennepin released documents and video he used to make his decision.) No cop in Minnesota has faced charges in a shooting, Taser or restraint death since 2000 — 143 have died at the hands of police in that time frame.

• "In early April 1976, [three U.S. Supreme Court justices] met for lunch at the Monocle, a venerable Washington steakhouse, and decided the future of the American death penalty."

It's been about 40 years since that decision to bring capital punishment back only four years after the country's highest court killed it. Here's how it's failed.

• President Obama commuted 61 more prison sentences, bumping his total to 248. That's more than the seven previous presidents combined. Here's a list of the most recent commutations.


I'm about to drop by a meeting with a few folks whose prison sentences were commuted either by President Bush, President Clinton, or me. They don't know this yet, but I'm going to invite them to join me for lunch so I can hear their stories firsthand.They're Americans who’d been serving time on the kind of outdated sentences that are clogging up our jails and burning through our tax dollars. Simply put, their punishments didn't fit the crime.Today, I issued 61 more commutations to folks a lot like these – most of them are low-level drug offenders whose sentences would have been shorter if they were convicted under today’s laws. I believe America is a nation of second chances, and with hard work, responsibility, and better choices, people can change their lives and contribute to our society.That’s why as long as I’m President, I’m going to keep working for a justice system that restores a sense of fairness, uses tax dollars more wisely, and keeps our communities safe.

• Five of the United States' best women soccer players say they're the "driving economic force" for U.S. Soccer, but they're making significantly less than players on the men's national team. 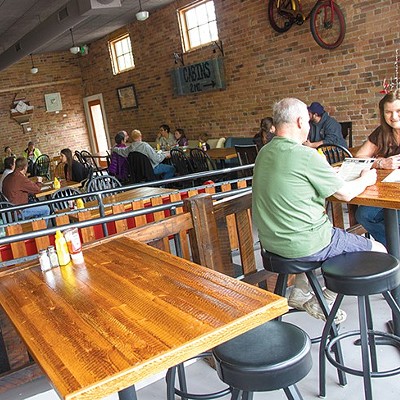