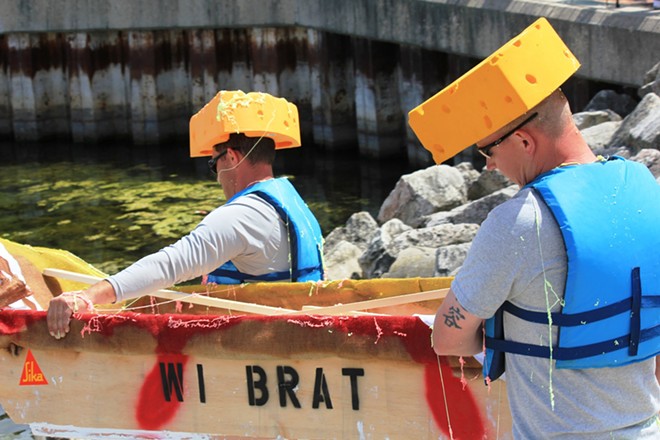 Bad News For "'Some Of My Best Friends Are Black' Lake"
• A Washington state senator is looking to change racially-insensitive place names.

Like Sunshine, On A Cloudy Day.
When your mom tells need to get a little sun, it's not just because she hates video game. Sun is actually good for you.

Fighting Discrimination with Discrimination
• Gov. Jay Inslee has banned Washington state employees from traveling to Mississippi because of the state's legislation allowing businesses to discriminate against gay and transgender customers for religious reasons, and also because eww gross, Mississippi. (Spokesman-Review)

If Only There Were Some Way, As Her Employer, He Could Require Her To...
• Gee, Mayor David Condon would really like his city attorney to participate in the investigation into former Police Chief Frank Straub's firing. Not enough to require it or anything. But he'd like it. (Spokesman-Review)

Spokane Gives
• Yes, giving a hoot means not polluting. But a true hoot-giver goes one step further and cleans up the pollution that already exists. That's what Spokane Gives is all about.  (KXLY)

The Times, They Have Already A-Changed
• In his victory speech in Wisconsin, Bernie Sanders promised to "pass gay marriage in 50 states across this country." Wow! He hasn't even been elected and he's already fulfilled one of his campaign promises.

Altitude
• Maybe, in retrospect, Donald Trump should have put on that cheese hat. His by Ted Cruz isn't close to the end of the Trump campaign. But it brings us one step closer to that longtime political journalist fantasy: A Contested Convention. Man, future historians are going to be jealous of us and our electoral chaos.

The Only Way to Stop A Bad Guy with Gunnlaugsson is a Good Guy With A Gunnlaugsson
• Iceland's Prime Minister Sigmundur David Gunnlaugsson has stepped aside amid the growing "Panama Papers" scandal.

Happy Hour of the Week: Getting crafty at Bon Bon