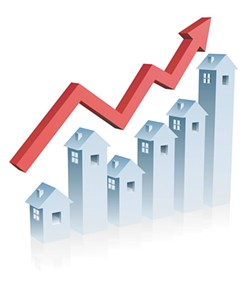 Spokane housing market heating up
The Lilac City is seeing an increased interest in its real estate market, shedding a lingering effect of the Great Recession. (Spokesman-Review)

CDA schools warn of teenage booze parties
The Coeur d'Alene Public Schools has sent out a notice to parents alerting them that teenagers are holding massive parties in the woods that draws hundred of kids from as far away as Oregon and Montana and involve "sanctioned fights." (KHQ)

Bad for business
Downtown businesses say they are suffering because of the massive amount of construction underway. (KXLY)

Born in the USA
Republican presidential nominee Donald Trump has stated that President Obama was born in the United States. Previously, Trump was a leader in the "birther" movement that claimed the president was born in Kenya.

Unforgiven
A congressional panel issued a blistering report regarding former NSA contractor Edward Snowden, who revealed sensitive information about U.S. intelligence-gathering operations. Supporters of Snowden say he should be given a pardon and allowed to return from Russia, where he is avoiding extradition to the U.S. But the report states that Snowden "caused tremendous damage" to national security.

Hot new phone
U.S. regulators have announced a recall of one million Samsung Galaxy Note 7 phones after reports that the devices overheat and cause fires.