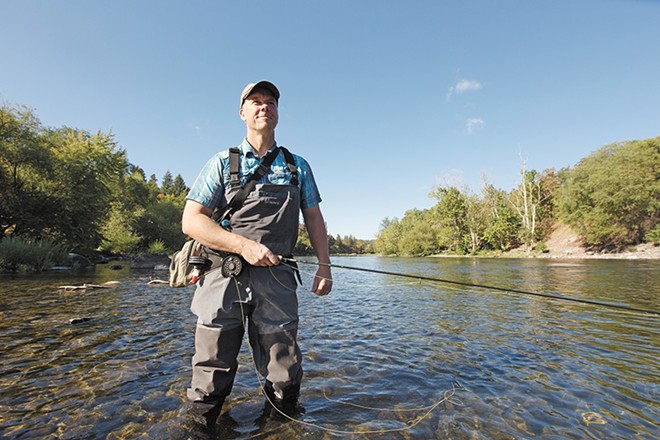 Young Kwak
Spokane Riverkeeper Jerry White is one of the folks you'll likely find at the Dirty Martinis for Clean Water benefit Nov. 4.
One Step Forward…
With new technologies, treatments and near-miraculous medications, you might think health care in the U.S. has been continuously improving. But you’d be wrong. A new study looking at representative samples of thousands patients from 2002 to 2013 showed that fewer than half, 42 percent, were receiving recommended treatment, though satisfaction with access to care and physician communication grew. ”The take-home for patients: there is likely recommended care that you are not receiving but should, and there is likely extra care that you are receiving and could be harmful to you," says study author Dr. David Levine.

A Toast to the River
Did you know the Spokane River flows 112 miles, encountering seven dams along its route from the Post Falls Dam to Lake Roosevelt? Or that as many as 17 species of fish call the river home? Show your support for a “fishable and swimmable” Spokane River at the Dirty Martinis for Clean Water event on Friday November 4. 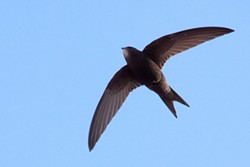 A common swift
The Spokane Swifts Running Club is offering the opportunity to get out of the house and burn some extra calories before the food debacle that is Halloween. The Monster Dash Fun Run at Manito Park, sponsored by the Swifts, is this Sunday Oct. 30. Registration begins at 8:30 am, with the adult 5K at 10 am, and a kids' race at 11 am.

The bird-variety swift is in the news after research revealed that European swifts spend virtually their entire lives in flight; some of the birds studied as they migrated from Europe to Africa and back did not land a single time in 10 months. Yet they live up to 20 years. “In that time, the bird could have flown the equivalent distance to the moon and back seven times.”