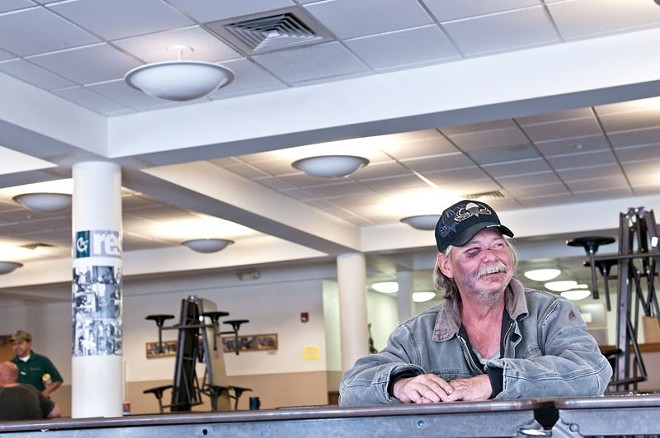 Amy Hunter photo
The House of Charity, pictured here, will now by open 24/7 during the winter, regardless of the temperature
HERE

Like an International House of Pancakes, but for charity
The House of Charity is the first of the shelters to move to a city's 24/7 shelter model — but they still need about $600,000 for the rest of the shelters.  [Spokesman-Review]

Doing Squat
Knock Knock?
Who's there?
A painful first paragraph, but a really interesting story about squatters following that terrible first line. [Spokesman-Review]

Beyond Waukesha County
A Washington think tank is attempting to poll where no man has ever polled North Korea. [Washington Post]

The Cost
Anti-abortion conservative Catholic columnist Ross Douthat has this to say about voting Trump in order to save unborn children: "So when Loki or the Joker or some still-darker Person promises the righting of some grave wrong, the defeat of your hated enemies, if you will only take a chance on chaos and misrule, the wise and courageous response is to tell them to go to hell." [New York Times]