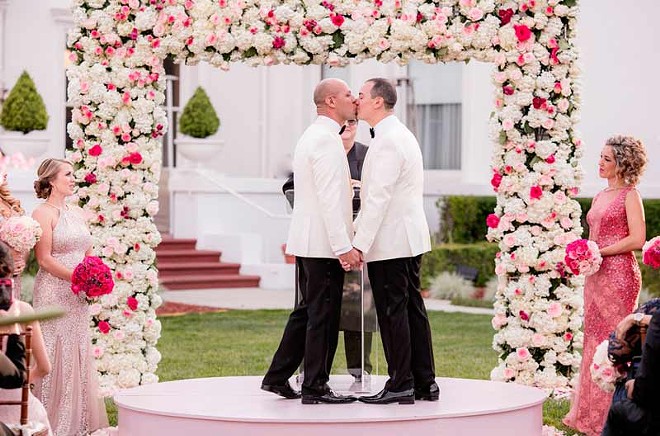 The chef/owner of Fleur de Sel in Post Falls is a semi-finalist for a prestigious James Beard Award for culinary excellence.

The Court of Appeals in Washington state juggled the responsibility of the state to protect criminals on probation from revenge-minded peers in a recent decision that relied on the judges interpretation of ... grammar?

Check out what Inlander staffers have been listening to lately.

Gay-rights victory in WA
The Washington state Supreme Court decided today that a Richland florist did indeed discriminate when she refused to do business with a gay couple. The florist had argued that her religious beliefs kept her from doing the couple's wedding, but the state won its argument that Washington's anti-discrimination laws were broken when she refused to take the job. (Seattle Times)

Not exactly the entrepreneurial spirit we expect
A woman accused of embezzling funds that were supposed to be for a memorial fund benefitting the families of two people who drowned in Coeur d'Alene last summer reportedly used the money to start a business, Wildflower Boutique and Salon in Cheney. (KHQ)

Take me to the river
A man who allegedly threatened some students on the Gonzaga campus before leading police on a foot chase and eventually jumping in the Spokane River. He was apprehended with no further efforts of flight. (KREM)

For sale?
Spokane medical testing lab PAML might be on the brink of being sold, causing some consternation among local employees. (Spokesman-Review)

Back to Carl's Jr. for Labor nominee
President Trump's nominee to be Labor Secretary, Andrew Pudzer, withdrew himself from consideration yesterday after Republic senators let it be known he didn't have the votes for approval. Never one to dilly-dally, Trump already reportedly has another nominee ready to go for the position. (CNN)

Interesting choice
While the world is reeling from the revelation that Trump's national security advisor was having secret (and not-so-secret) chats with Russian officials before inauguration day, resulting in Michael Flynn's resignation, congressional investigators are vowing to investigate. One might think they'd investigate links between the administration and Putin's government, but instead they want to know about who's telling the media about what's happening in the White House. (BBC)

What We've Been... Listening To

No, the fire code did not limit McMorris Rodgers' office to only meeting with two citizens at a time