Answering the call
After constituents asked for U.S. Rep. Cathy McMorris Rodgers to be more accessible, she spent her day meeting privately with various people before she took questions during a conference call Monday night. But the call ended after less than an hour due to "technical difficulties." (Spokesman-Review)

Killed by his brother
A 17-year-old boy allegedly stabbed his twin brother to death on Sunday in Coulee City. He's been charged with manslaughter and assault. (KXLY)

Shouldn't it be the other way around?
Two Spokane doctors may owe money to insurance companies and 8,000 patients or clients, with the couple filing $191 million personal bankruptcy last month. But nobody seems to know exactly why these doctors, a psychiatrist and gynecologist, would owe their patients money. (Spokesman-Review)

Condemning Jewish threats
Responding to a rise in threats against the Jewish community, Trump finally spoke out against anti-semitism Tuesday. He called the threats "horrible" and "painful," and added that they are "are very sad reminder of the work that still must be done to root out hate and prejudice and evil."

Triggering the right
Milo Yiannopoulos, the right-wing Breitbart editor who has made a business out of provoking liberals, had a book deal canceled and was disinvited to this year's Conservative Political Action Conference after his comments that seemed to endorse sex between younger boys and older men. Now, even Breitbart may be thinking of cutting ties with him. 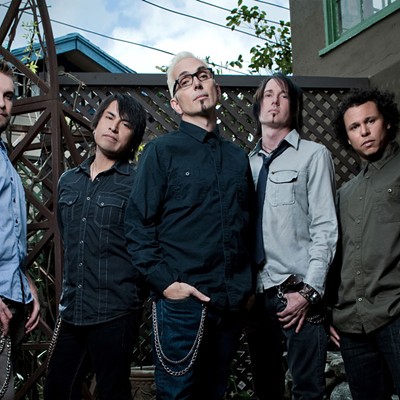