NEWS: Spokane County doesn't plan to put body cameras on Sheriff's deputies, even when a free deal (for a year) comes along. 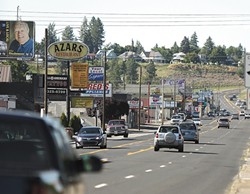 Young Kwak
Some businesses on North Monroe aren't excited about the city's lane reduction plan.
Diets aren't for everyone
The city of Spokane, despite some opposition from businesses, is moving forward into the design phase of its $7.1 million North Monroe "road diet" plan. (Spokesman-Review)

Post Falls company under fire for racism
Take a look at this, let's say, questionable image of a black girl eating a watermelon that a Post Falls company posts on the side of its trucks. This company, Dixie Services, also uses a Confederate flag as its logo. People are calling for the company to take the images down, but the owner says "there's a lot of goodness and happiness" associated with the flag, and he sees nothing wrong with the picture of a black girl eating watermelon. (KXLY)

Is it finally happening?
In the the seemingly never-ending plan to turn the Ridpath Hotel into affordable apartments, Spokane City Council has now decided to loan developer Ron Wells $1.75 million once he closes on the property next month. (Spokesman-Review)

Build that wall! (someday)
President Donald Trump may not get his border wall as soon as he hoped for, after backing down from demanding payment for it on Monday to avoid a potential government shutdown. (Associated Press) 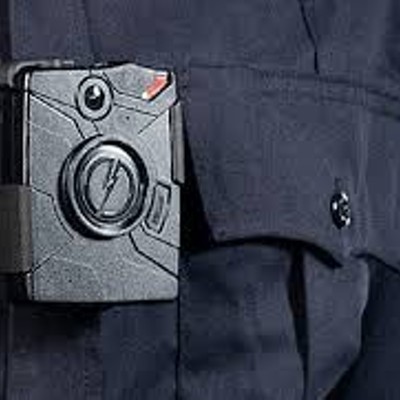 Spokane County says "no thanks" to free body cameras, no charge for a year's worth of storage