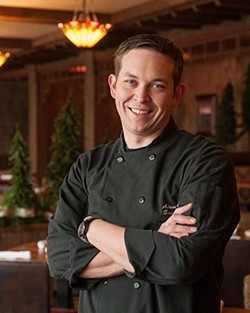 Chef Adam Hegsted
With Crave NW, chef Adam Hegsted is putting Inland Northwest foodies to the test by bringing together an array of regional and national food talent for a multi-day feast of fine food and libations.

It should come as no surprise that Hegsted would be the ringleader of such a gathering; the chef/owner of The Wandering Table and Yards Bruncheon (among others) is a vocal proponent of the area's food scene. Putting together a massive event that introduces locals to chefs from far-flung locales like Las Vegas, Philadelphia, Los Angeles and San Francisco while also showcasing the best Northwest talent seems right in his wheelhouse.

Taking place in Spokane Valley at CenterPlace Regional Event Center June 15-18, there are a number of options for both dedicated foodies and casual diners, and the organizers are offering discounted tickets on sale through the Crave NW website. For example, you can get an all-access, all-weekend pass for $250 right now, but it will cost you $315 after June 1. Tickets for Friday's and Saturday's Grand Tasting sessions can be had for $35 now instead of $40.

Originally, the discount was going to expire tonight at midnight, but it's been extended until the event in mid-June. The discount is only available for online purchases, so consider that as you mull over diving into a wine tasting, seafood feast, Father's Day brunch or one of the other Crave NW featured events.

Check out the full list of chefs and special events at Crave NW, and get in on the deal while the getting's good.

VOLUME cheat sheet: How to prepare for the festival, and a new song by local favorites Cathedral Pearls 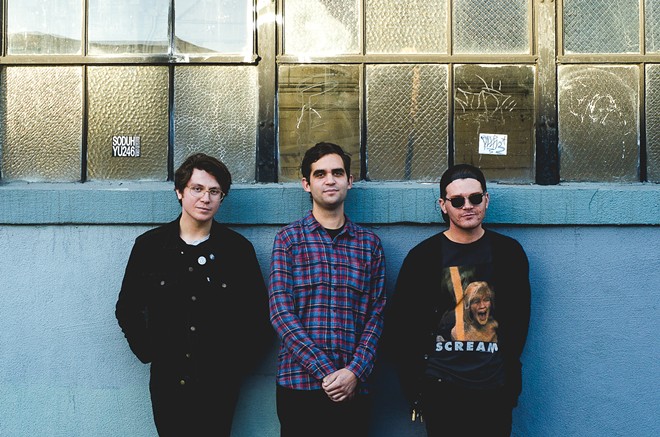 Oakland trio Mall Walk kick off the Volume Music Festival on Thursday night with a free show at the Observatory.

So we're a bit excited for our upcoming Volume Music Festival — can't you tell?

Although the festival proper begins on Friday, we're kicking things off a bit early. Tomorrow night at the Observatory, Oakland's Mall Walk will perform with Spokane bands Local Pavlov, Empty Eyes and the Dancing Plague of 1518. The show's free and starts at 9 pm, and it'll also be your last chance to buy festival wristbands for $25; the price jumps up to $35 on the first day of Volume.

Can't make it to the Observatory? No problem: You can still buy a wristband here, or at nYne Bar and Bistro, the Bartlett, Baby Bar, Resurrection Records and most Global Credit Union locations.

Any benefits to having a wristband? A number of local businesses in the vicinity of our Volume venues are offering deals for anyone wearing during the festival, including discounts on drinks (both caffeinated and alcoholic) and extended happy hour specials. See the full list of deals here.

Capture any awesome photos or videos during the fest? We'd love to see 'em. Tag your posts on Twitter and Instagram with #INVolume, and also tag us @TheInlander and @volumespokane.

And we're not the only ones excited for Volume: Local indie-pop three-piece Cathedral Pearls just dropped a new single for the occasion. Listen to "America's Child" below, and check out the band on the Terrain stage at 11 pm on Saturday night.


Here's a full Volume schedule, and be sure to look for our print guide on newsstands now.

J GRGRY plays nYne Bar on Saturday.
We hunted through Spotify and found some samples of bands playing nYne Bar this weekend as part of the Volume Music Festival. You can find playlists of all the venues right here. Enjoy!

Sir Coyler and His Asthmatic Band play Mootsy's on Friday.
We hunted through Spotify and found some samples of bands playing Mootsy's this weekend as part of the Volume Music Festival. You can find playlists for all the venues right here. Enjoy!


In the midst of Washington’s budget planning, some lawmakers and environmental groups are trying to ensure that a key source of money used to pay for cleanup projects around the state is more stable in future years.

They hope to stabilize the Hazardous Substances Tax, which mainly brings in revenue from oil refineries, as it is a tax based on the wholesale value of hazardous substances brought into the state (read: mostly barrels of oil).

As of now, the tax is volatile from year to year (the most varied tax source in the state, according to the Office of Financial Management) because it is essentially tied to the price per barrel. When oil prices are good, as they were a few years ago, the Model Toxics Control Act (MTCA) funds do well. If oil prices slump, as they have since 2014? Not so much.

How much can that impact cleanups of toxic sites?

Coupled with the historic drop in prices was a change in the way the accounts are used: in 2013, the state added stormwater as an explicitly allowed area to focus on under MTCA, and at the same time, changed the way money was handled to spend the account, resulting in a more aggressive approach, says Darcy Nonemacher, legislative director for the Washington Environmental Council.

"At the time we had concerns about that, including adding stormwater explicitly without increasing the tax to account for that extra demand on the system," Nonemacher says. However, "we thought cash management was a good approach at the time — how can you argue against getting more money spent and out the door quicker for cleanup? But at the time, we didn't see the rapid and historic decline in oil prices that started the year after this passed. That was sort of an unfortunate coincidence."

Switching the way the account was handled was risky: under the old model, a project would be approved, and its funding would sit in the account until the expenses were actually incurred. Under the new model, rather than letting the money sit there for years, the legislature allowed new projects to get started in the meantime.

But that meant if (and in this case, when) the revenue declined, "the account
could become unstable because cash balances are not available for previously committed projects," according to the OFM's November 2016 report on MTCA's stability.

MUSIC: Didn't make it to Sasquatch! Music Festival this year? Here's some of what you did and didn't miss.

Samantha Wohlfeil
Sasquatch! Music Festival
FOR FUN!/MUSIC: Our Volume Music Festival is coming up this weekend. We've got you covered, with Spotify playlists for bands playing the Steam Plant Outdoor Stage, The Pin!, Baby Bar and The Bartlett.

Trump considers pulling out
President Trump could decide to pull the U.S. out of the Paris climate agreement, not even two years old, the New York Times reports. The accord spells out how countries around the world will help slow global warming; Trump may decide that it doesn't align with America-first policies.

Man shot dead in downtown Spokane
A man died after he was shot near Second and Lincoln in downtown Spokane Tuesday night, Spokane police say. The shooter called 911 and cooperated with police, who say there is no threat to the public at this time; the investigation is ongoing. (KHQ)

VOLUME cheat sheet: A Spotify playlist of some of the artists playing Terrain 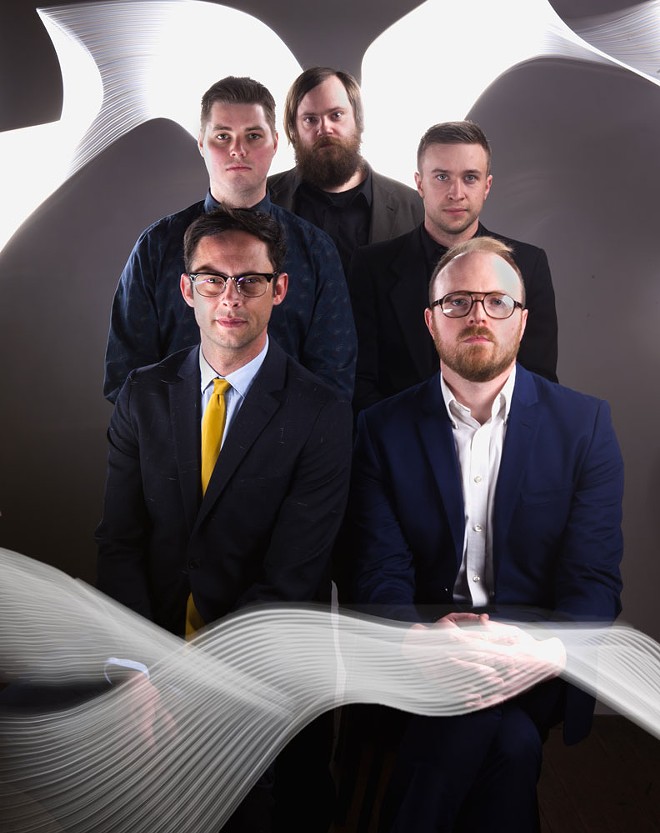 Nat Park and the Tunnels of Love play Terrain on Saturday.
We hunted through Spotify and found some samples of bands playing Terrain this weekend as part of the Volume Music Festival. You can find playlists for all the venues right here. Enjoy!

VOLUME cheat sheet: A Spotify playlist of some artists playing The Bartlett 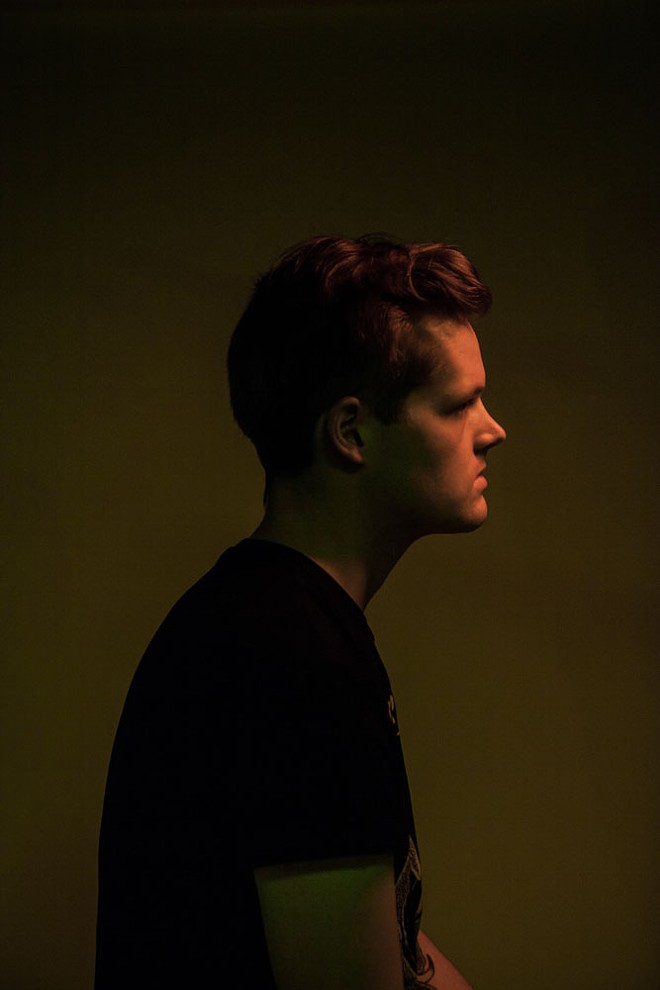 The Dancing Plague of 1518 plays The Big Dipper on Friday night.
We hunted through Spotify and found some samples of bands playing The Bartlett this weekend as part of the Volume Music Festival. You can find playlists for all the venues right here. Enjoy! 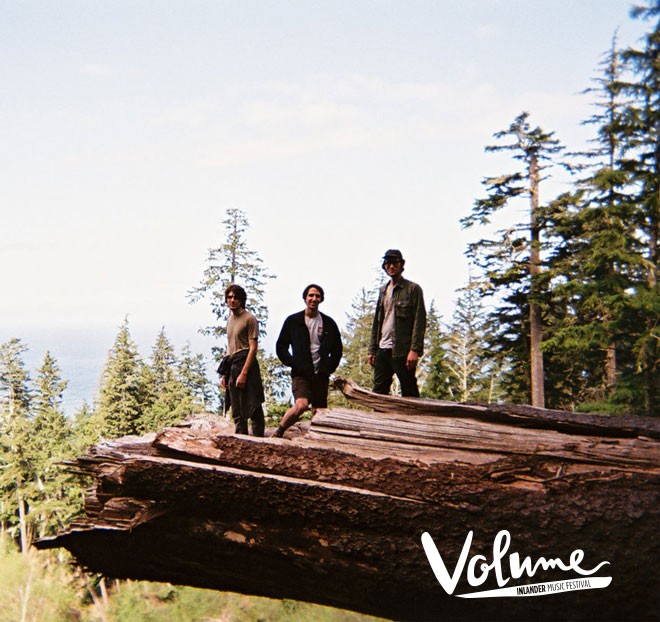 Honey Bucket plays Baby Bar Friday night.
We hunted through Spotify and found some samples of bands playing Baby Bar this weekend as part of the Volume Music Festival. You can find playlists for all the venues right here. Enjoy!

VOLUME cheat sheet: A Spotify playlist of some artists playing The Pin! 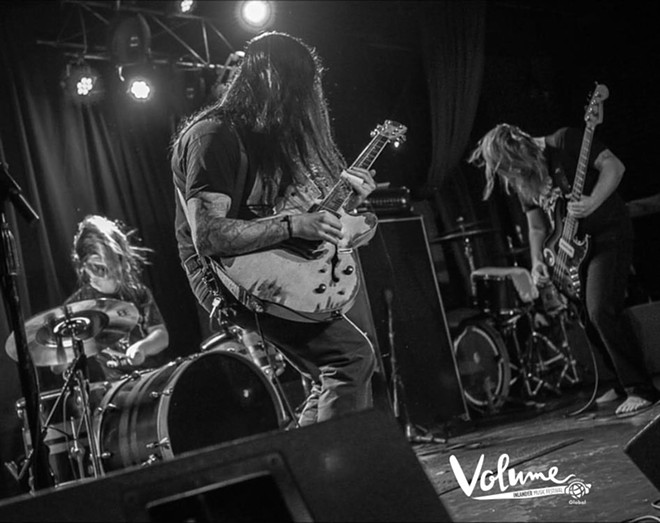 Shawn James and the Shapeshifters play Saturday night at The Pin! Main Stage
We hunted through Spotify and found some samples of bands playing The Pin! this weekend, either on the main stage or side stage, as part of the Volume Music Festival. You can find playlists for all the venues right here. Enjoy!