A counterargument to McMorris Rodgers' defense of Thursday's Trumpcare vote 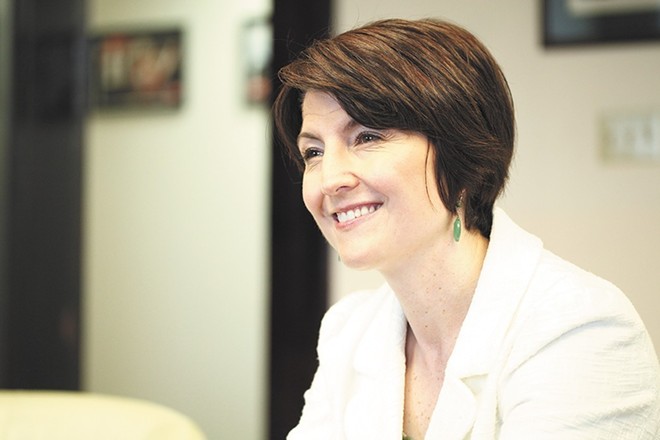 The Inlander received a counterargument from a California man who, noting that he's not a Washingtonian, said that given that health care is a national issue, he wanted to respond. He also sent this letter to the Walla Walla Union-Bulletin, as well as the Washington Post:

I am glad that your son has the care that he requires. Truly. Nothing could be more traumatic then having your newborn suffering from a deadly disease. That it could financially ruin your life as well would generally not even cross your mind at that moment of first realization. However, you never had to suffer the agony of that second problem, did you? Given your economic status at that time, you already had insurance that covered your child’s condition. Therefore, I must take issue with your characterization of the AHCA that the Republican-led house passed this week.

At the time your 3rd child was born, the ACA was in effect, and members of Congress were on that system. Further, your salary as a member of Congress allowed you to afford virtually any insurance plan offered in the state of Washington at that time. And, on the off chance you had had another child born with a congenital disease, none of them could deny coverage to your newborn because of the guarantees of the ACA. You did not put that in your op-ed. Too embarrassed to admit you benefited from “Obamacare”? Also, about your son, Cole, born in roughly 2007 (by my estimate), you, as a member of Congress, were given many options to purchase very good health care under group plans that could not refuse coverage of pre-existing conditions. I’m sure you did, as you could afford it.

In your op-ed, you also spoke of the people you love — children, friends, neighbors. I’m sure you do love them. But the main beneficiaries of the AHCA are the wealthy, by giving them enormous tax breaks. Your motivations, if your professed inspiration is true, is to help them, while putting devastating financial burdens on those that don’t have the wealth, and privilege that wealth garners. While I don’t doubt your love for your family and friends, you seem to completely lack compassion for people that are not as lucky as you are. And please don’t deny your luck of birth. Yes, your parents and prior ancestors probably worked hard. That does not mean that you are not lucky to have had them. Many others don’t benefit quite as well from their historical roots as you have.

The AHCA strips away the safety nets that you seem to love, by making those safety nets unaffordable to a huge section of the American people. Access does not mean affordability. Your comfortable Congressional salary allows you to “access” whatever coverage you want. A clear majority of Americans receive a small fraction of that kind of money, and thus have no “access”. And as your party continually points out, there are not enough jobs to go around to employ everyone. And the jobs that are created these days are low-pay, without benefits. But I’m assuming by your background that you have never had to face the decision between food and shelter, and buying insurance.

The party you represent has continuously campaigned for tax cuts to create the mythological “trickle-down” effect. With any tax cuts in the past, real “trickle-down” has never happened. And the last round of corporate tax cuts saw the largest exodus of American jobs to foreign lands ever. More myths about “job creators” from your party. Other points in your op-ed show a complete lack of understanding of how insurance works. You cite that younger, healthier people must subsidize the “high-risk” groups. Well, welcome to Insurance 101. Similar dynamics are true of auto, homeowners, disaster, and business insurances as well. Or you knew that and are just trying to obfuscate realistic discussion.

As you say, across the country, families like yours have concerns about health care. True. But those like yours are more concerned that they might take less financial rewards, rather than “health care” itself. Health care is used so disingenuously here. The AHCA does nothing to improve health care at all. It just makes businesses provide less coverage, and take more money in for themselves. The cost in health care lies in the profit motive for insurance, pharmaceutical, and manufactured health goods. The AHCA does nothing to address this, and in fact makes it harder to address, by weakening the ability to negotiate prices, pushing it out to 50 states.

No, Representative Rodgers, understanding what the AHCA is leads me to view your op-ed as propaganda for a terrible piece of legislation. It’s unfortunate, if not condescending, in its intent to paint it as anything other than a boon for the wealthy. It also is dishonest, in your use of your son as some kind of symbol for the financial hardship you never had to face.

The U.S. House seems ready to legalize cannabis, but prospects aren't great in the Senate

Republican-led efforts to legalize cannabis are popping up in Congress