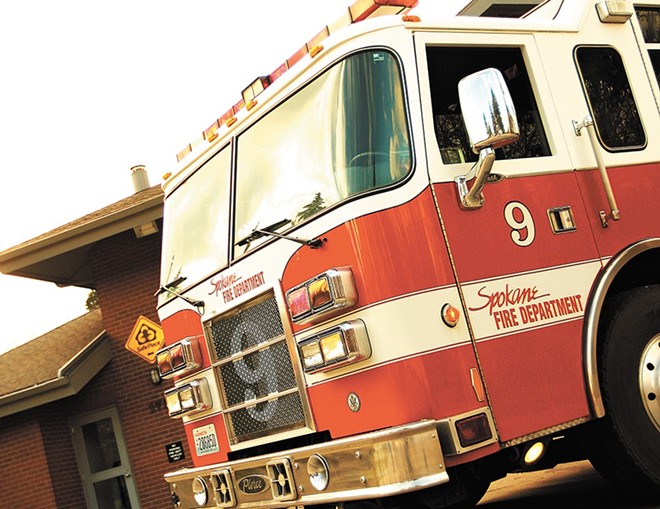 The Local 29 firefighters union hasn't been happy with the hiring process for Spokane's new fire chief.
ON INLANDER.COM

Fire and hire
Why did the city HR's department reject a longtime Spokane firefighter and experienced military veteran for the fire chief job before he got an interview?

Smoke show
You have one more chance to see The Smokes — tonight! — before they leave Spokane.

Your results are in
The Bloomsday results books are out.

You know we're creative if it's in the title of our slogan
Spokane is ditching its underrated "Near Nature, Near Perfect" slogan in favor of "Creative by Nature." (Spokesman-Review)

Becoming the news
A newspaper editor in Colville has been charged with shoplifting. (Spokesman-Review)

The Garland dream lives?
The Washington Post suggests that the Merrick-Garland-for-FBI-director proposal perhaps isn't the most serious offer from congressional Republicans.