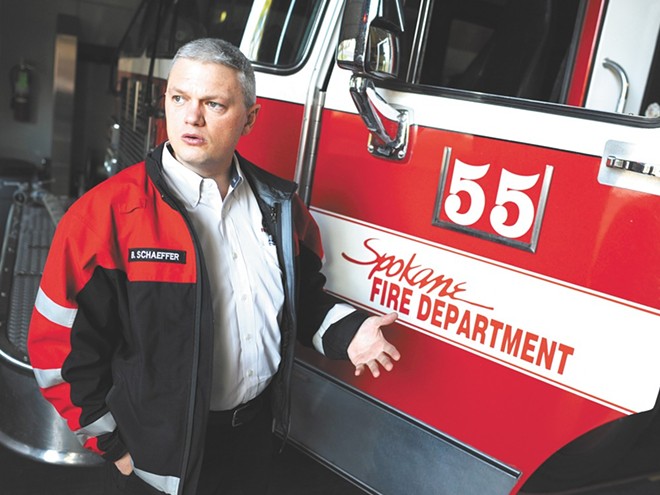 Some fires to put out
As Spokane's new fire chief, Brian Schaeffer has a few big challenges he'll need to deal with.

The omega-3
How omega-3 fatty acids could possibly stave off the impacts of dementia and depression.

Washington's biggest mental health system
A prisoner with a habit of self-harming gets $92,000 from the state resulting from a pair of lawsuits over his treatment. (Spokesman-Review)

It's fun to rebuild on the site of the YWCA
A developer wants to put up multi-use towers in a $60 million project on the north bank of the Spokane , where the old YWCA building used to be. (Spokesman-Review)

Assault on the free press
Important notice to Montana politicians: You can body-slam a reporter the day before the election, and you'll still be elected. (New York Times)

Turkish thuggery in D.C.
The New York Times goes through a frame-by frame analysis to prove that the Turkish president's bodyguards attacked and beat protesters last week in Washington, D.C.