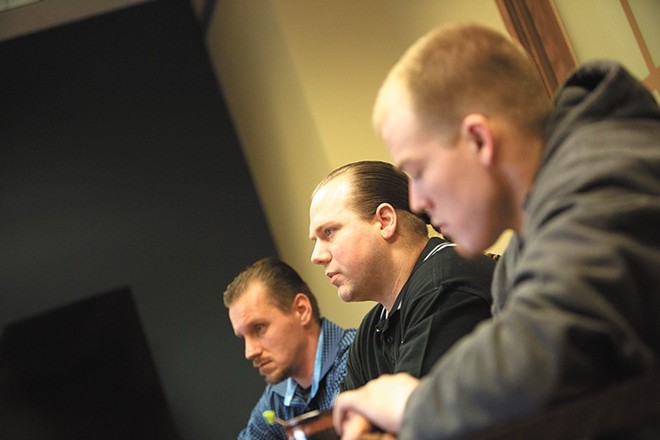 Young Kwak photo
The county's insurance is coughing up a massive settlement for putting these innocent men in jail for nearly 5 years.

Your category is: 'Headlines Ozzie doesn't like'
Remember the Otto Zehm settlement, after a janitor was fatally beaten by a Spokane cop in 2006? That was $1.67 million. Well, the county's insurer just settled with three innocent men, who had been jailed for nearly five years, for $2.25 million. The sheriff's own Internal Affairs investigator admitted in an investigation that it had been "extremely poor police work." Sheriff Ozzie Knezovich, however, isn't happy with the Inlander headline that connects the settlement with the "extremely poor police work."

Disciplinary issues
The ACLU has sued the state superintendent's office for the way the state is handling discipline against students with disabilities.

So loud the Leppard went Def
Our Dan Nailen picks his Poison — and Tesla and Def Leppard — to review their very familiar concert.

Water, water everywhere, and you can drink it if you want
After weeks, Airway Heights' water is finally safe again. (Spokesman-Review)

Teeny
A local company is turning the tiny, thin trees that firefighters clear out for fire danger into usable timber. We wrote about this back in April. (Spokesman-Review, Inlander)

Labour powers; May cowers
'Twas hubris, they say,
when it comes to British Prime Minister May
Who called an election throughout all the UK
And foolishly frittered her power away. (BBC)

Comey's revenge
Former FBI Director James Comey calls President Trump a liar (not just once, but five times), and Trump calls Comey a liar right back. Who are you going to believe? The man obsessed with his own personal integrity, or the guy whose own attorneys met with him in pairs because they didn't believe he would be honest? (Vox, TMZ, Buzzfeed)