Author and financial journalist Michael Lewis is coming to speak in Spokane in September.

Tragic end
A 4-year-old boy who went missing Tuesday as his family played near the Spokane River was found dead an hour later. (KXLY)

Watch your back
A felon considered armed and dangerous is reportedly still being sought after last being seen in North Spokane and abandoning a stolen car there. (KHQ)

Pushing their luck
Senate Republicans are going to bring another health care bill to the table on Thursday, with a vote potentially as early as next week. (New York Times)

Low bar
The nominee to take over the FBI says he won't pledge loyalty to Donald Trump, and would resign if asked to do anything illegal. (CNN)

Uh-oh
A chunk of iceberg the size of Delaware has broken off of Antarctic. That's not going to be good for anybody. (BBC) 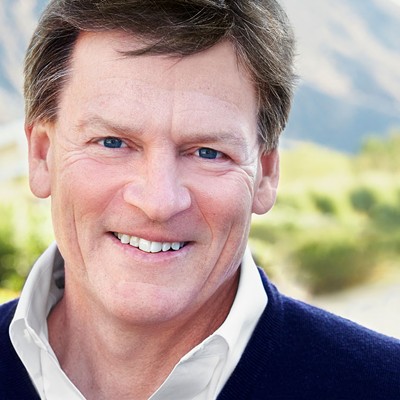 Where to eat for cheap, accused killer Thurman remains a free man, and a heartbreaking database of hatred