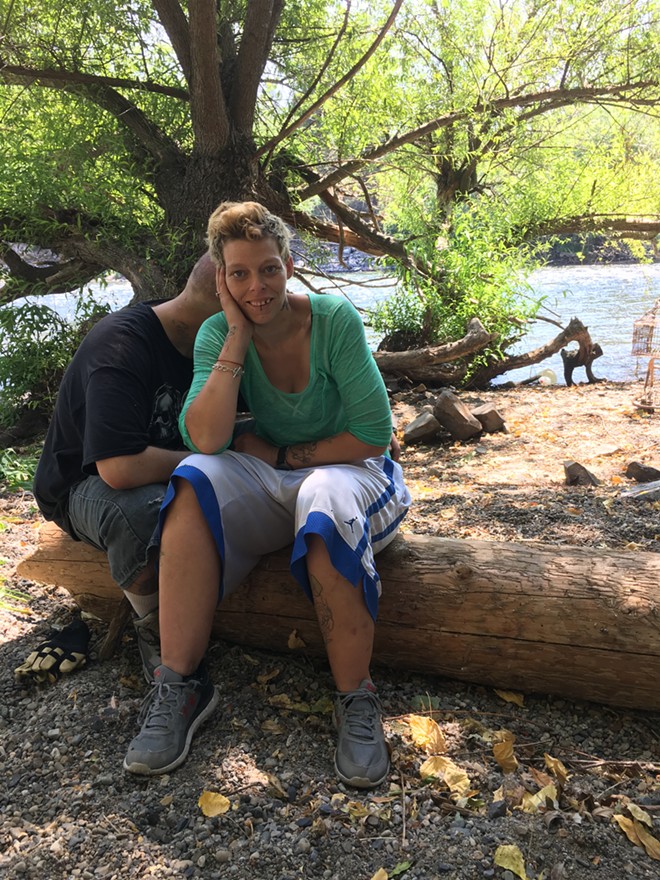 Mitch Ryals photo
Destiny Brown was given three hours to clean up all her belongings and leave the campsite along the Spokane River where she'd been living for two months.

KHQ's anti-homeless patrol
The Inlander digs into a controversial KHQ segment where a reporter appears to make fun of a homeless camp without ever talking to the people who were living there. After the reporter called Spokane city code enforcement to complain about the camp, it was dismantled.

Apple care
How eating two cups of fruit and two to three cups of veggies a day can help keep the doctors away.

With the arrival of a new White House communications director, Sean Spicer has resigned as White House press secretary.


Don't tell KHQ
More than 300 units of housing for the homeless are going up on Catholic Charities’ Sisters of the Holy Names property. (Spokesman-Review)

Want a horse?
Four horses recently rescued by SCRAPS are up for adoption. (KXLY)

Saturday Night Massacre fever
Just four of the stories involving President Trump that have broken in the past 24 hours: Trump's team has been investigating Special Counsel Robert Mueller, seeking ways to call his integrity into question. Trump's personal lawyer and his legal spokesman both resigned. Speculation is increasing about the idea that Trump is preparing to fire Mueller. Oh, and earlier this morning, White House Press Secretary/Melissa McCarthy impersonator Sean Spicer resigned as well. (The Atlantic, CBS News, Washington Post, New York Times)