NEWS: Two days after attending the white nationalist rally in Charlottesville, Washington State University College Republicans' president James Allsup has resigned. A video has since surfaced, reportedly taken by Allsup himself, of him marching with white nationalists as some yell the N-word while carrying Confederate flags or Nazi flags.

(WARNING: This video may offend some viewers. Viewer discretion is advised)


Trump calls racism 'evil' After criticism to his response to the white supremacists in Charlottesville, President Trump finally bowed to pressure yesterday and said "racism is evil," while specifically calling out the KKK, neo-Nazis and white supremacists, though not the "alt-right." (New York Times)

NEWS: A coal train derailed in Montana, spilling coal along the banks of the Clark Fork River. Nobody was hurt.

NEWS: A man shot by police in Spokane Valley was threatening to harm himself. The victim was hospitalized with non-life-threatening injuries.

CONCERT REVIEW: Trombone Shorty's high-energy appeal was on full display at the Fox on Sunday.

Anti anti-transgender
You probably read John Reuter's response on Bloglander to the Spokesman-Review's anti-transgender column over the weekend. Now, the Spokesman's Shawn Vestal offers his takedown of Steve Massey's controversial column: "It's as wrong as the day is long, and the idea that it's Massey's place to make this declaration, on behalf of God, to those of us who don't attend his church, is wronger still," Vestal writes.

Bannon on the outs?
Trump's chief strategist Steve Bannon is reportedly in some kind of "internal exile" in the White House, and the president is considering ousting him. (New York Times)

Why East Wenatchee has a "Robert E. Lee Elementary School" — and why it won't be changing its name 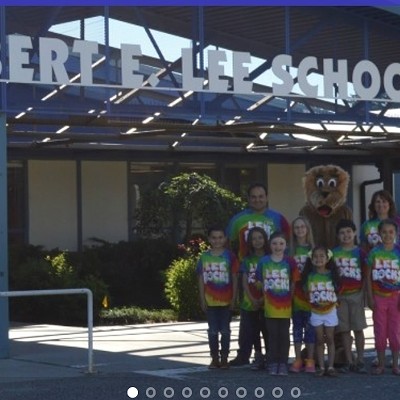