NEWS: An associate of President Trump boasted in 2015 that a Moscow business deal would "get Donald elected." (via New York Times) 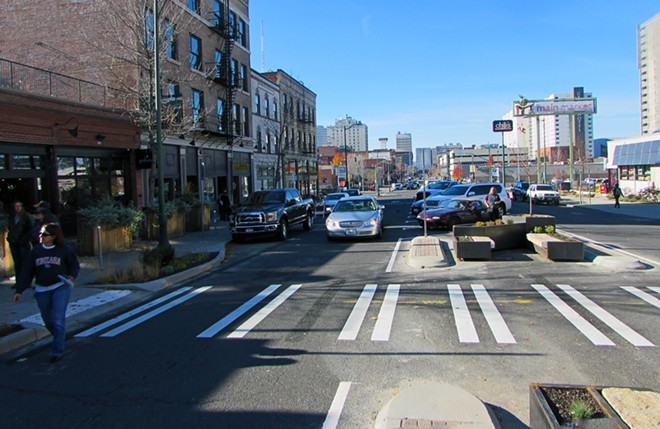 Daniel Walters photo
Downtown Spokane's Main Avenue will be decreased to two lanes, with a separate bike lane and widened sidewalk.
IN OTHER NEWS

A diet for downtown
Spokane City Council OK'd the latest trend in transportation these days: a "road diet" on Main Avenue that would cut the road to two lanes but feature a separated bike lane and expanded sidewalk. (Spokesman-Review)

Teens kill man during argument
An 18- and a 19-year-old killed a man in Airway Heights who was trying to break up an argument between the two teens. They've been arrested for second-degree murder. (KXLY)

Uhh... sorry?
Officers in Kootenai County walked up to a man's house and arrested him for burglary in front of his 16-year-old son. Only one problem: They had the wrong guy. Kootenai County prosecutors have admitted they mixed up the paperwork; the wrongly accused man doesn't feel any better. (KREM)

Testing the limits
North Korea launched another missile yesterday, this time directly over Japan and into the Pacific Ocean, prompting alerts and sirens in Japan before the missile flew over the country. (Washington Post)

Trump to Texas
President Trump is traveling to Texas to see the devastation caused by Hurricane Harvey, which has dropped more than 30 inches of rain in some parts of the state and forced hundreds of people to be rescued. (Associated Press) 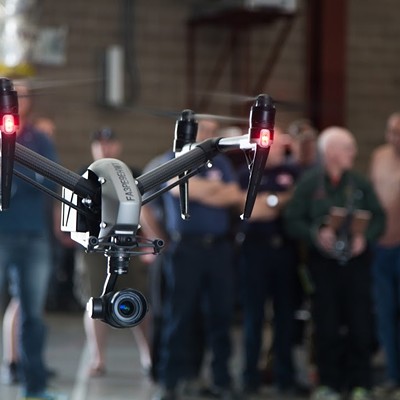