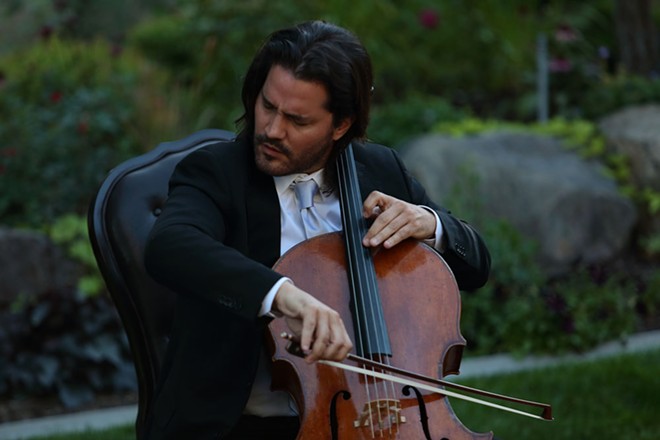 The Northwest Bach Festival is turning 40 with this year's celebration, and the action all gets started Tuesday night with a serious amount of musical firepower on stage for the Festival Opening Concert.

The festival's artistic director Zuill Bailey and the Ying String Quartet — Grammy winners all — will team up for a show at Barrister Winery (7:30 pm, 1213 W. Railroad Ave., $35, or $15 for students) to tackle Mendelssohn's String Quartet in Eb Major, Berg's String Quartet Op. 3 and Beethoven's Kreutzer Sonata Arranged for String Quintet in A Major Op. 47.

The "Kreuzter" sonata is particularly interesting, Bailey told the Inlander, because the arrangement they'll be playing was done by an anonymous person who took the piece originally designed for one violinist and one pianist and adapted it for five string players. In Bailey and Ying String players, you have the chance to see five such players at the top of their game.

"The first violinist still plays the lion's share of what they would have done in the violin sonata, which would have been just for piano and violin, but the piano part is broken up over four other people," Bailey explains. "That creates a sonic experience that people aren't accustomed to, in that they're all string sounds, and they kind of cover the spectrum of all ranges in a quintet setting."

The opening concert is the beginning of two weeks' worth of classical concerts at venues throughout the Inland Northwest. Pick up the new Inlander Thursday for a story on this year's highlights, including Bailey's internet sleuthing to find rare material to play this year.

For a complete schedule of events and tickets, visit the festival website.