NEWS: Lori Isenberg, the woman facing charges in Kootenai County for embezzlement and who has skipped two court appearances after her husband's mysterious death, made about 75,000 per year as the director of a nonprofit.

NEWS: In a 4-4 U.S. Supreme Court decision, Washington state remains on the hook for replacing culverts in order to protect salmon habitat. 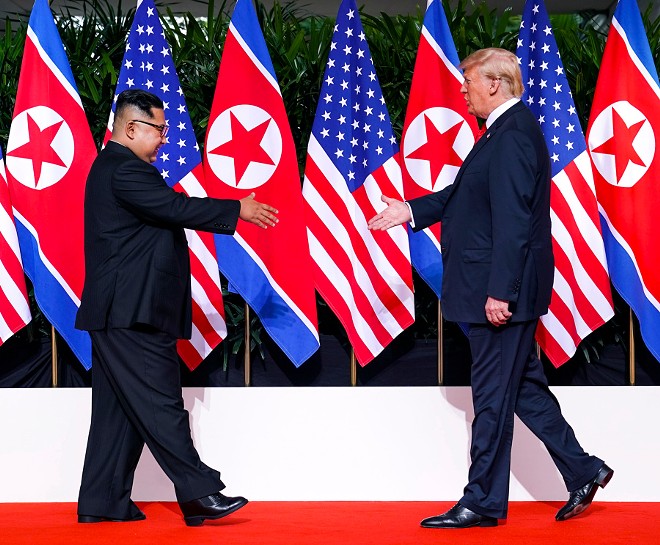 Art of the deal
Possibly carrying the fate of two countries in the palms of their hands, President Trump and North Korean leader Kim Jong-un shared a long handshake before beginning the first summit between the U.S. and North Korea. In the end, Trump agreed to suspend joint military exercises with South Korea. In turn, he says that he is confident Kim would begin dismantling his nuclear arsenal "very quickly." (New York Times)

Keeping it neutral
Net neutrality protections were thrown out the window everywhere but Washington state yesterday. The state law ensures that telecom providers will treat all content equally, preventing them from slowing down certain internet sites. (The Stranger)

Surprise down under
Washington State University and University of Idaho researchers say there may be double the amount of magma underneath the Yellowstone volcano than previously thought. (Spokesman-Review)

Turned on its head
To the dismay of local businesses, Seattle City Council passed a head tax last month to pay for homeless services. Now, the City Council plans to reverse the decision. "We heard you," says Mayor Jenny Durkan. (Seattle Times)