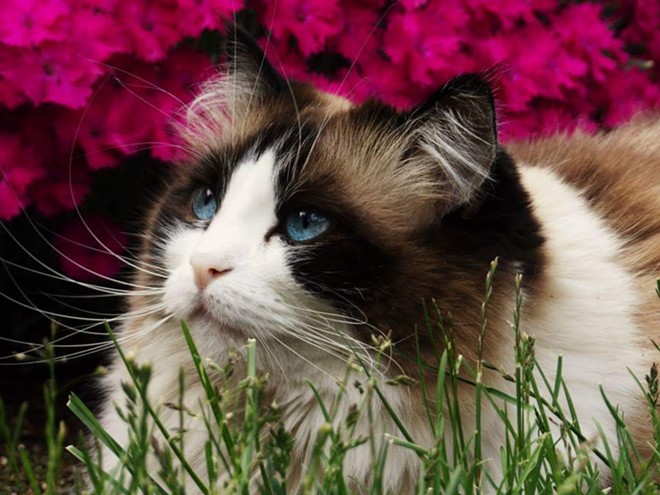 Carol the Cat. One of our faves.

Do you feel unlucky, punks?
Spokane thieves are exacting Trump's tariff's the old-fashioned way — after a Canadian punk band got their equipment stolen from their van near the Pin. If you see a giant banner from 1985, return it for a reward.

Pet projects
Check out the some of the runners-up to the Inlander Pets Photo Contest, including the second-best goat in Spokane. (The best, obviously, being the Riverfront Park Garbage Eating Goat.)

The crying girl on the cover of Time Magazine wasn't actually separated from her mom
But the story is still incredibly sad.  (Washington Post)

The line between discipline and child abuse
A physician says that a boy in immigration detention has been threatened with not being able to be reunited with his parents if he doesn't behave. (New Yorker)

Welcome to Spokane! Canadian punks get ripped off after playing a local gig