15 Delicious Items All Under Eight Bucks 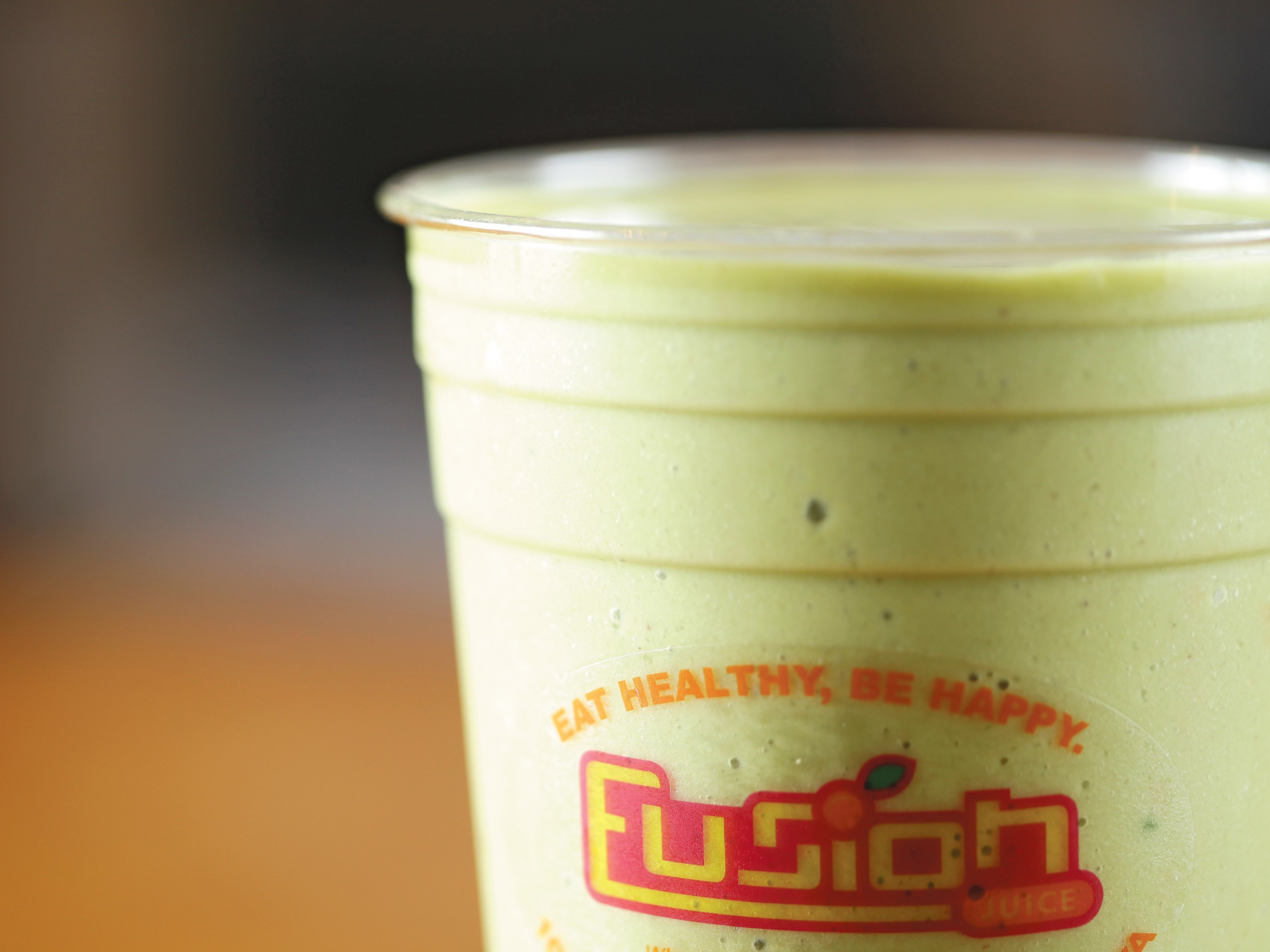 There’s a notion out there that quiche should be delicate and daintily pie-like. Fortunately the quiche at Rocket Bakery has never heard about that — this is a dense and hearty quiche, and it measures nearly three inches deep from crispy baked top to warm pastry bottom. There are usually four delicious varieties — cheddar broccoli, spinach feta, tomato Swiss or potato bacon cheddar — and if you have a companion to dine with, it’s even tastier to get two kinds and share. The crust is never dry, the cheese is never scanty and the biggest uncertainty is whether your full stomach will force you to leave a few delicious bites on the plate. Maybe we’re biased because the Rocket Bakery on Howard Street is closest to The Inlander office, but we’re pretty sure they cut the slices most generously there.

You know those old fables about scientists seeking to turn ordinary metals into gold? They called it alchemy. Well someone over at Atilano’s figured out how to turn ordinary eggs, shredded cheese and fried potatoes into the smoothest-tasting burrito of all time. Aside from it being the size of a moon rocket, this baby melds into what someone of discerning taste might call the greatest six bucks you’ll ever spend on breakfast. Wrapped in a tortilla and melted into itself, these are no longer separate ingredients, just a brick of awesomeness congealed and waiting to impress your digestive system. Throw a little green sauce on there and you’re good to go. Price includes a small drink.

It’s no big revelation that it’s hard to find healthy food that’s cheap — especially in downtown Spokane. But Fusion Juice serves up a full menu of amazing smoothie and juice creations (along with breakfast and lunch items). I’m a devoted fan of the Green Machine: a sweet, nutty smoothie made from spinach, peanut butter, bananas, almond milk and protein powder. It’s a hearty, drinkable meal — one that gives you a boost after a morning workout, or that’s great if you need to eat lunch at your keyboard. Drink this, and you won’t feel bad about not getting up off your butt all day.

After opening to widespread praise about a year ago, Stella’s Café — known for its delectable sandwiches and penchant for catering to the needs of vegetarians and vegans — is now in the breakfast business. They have creative takes on several breakfast items, but you can’t go wrong with a breakfast burrito. They’ll make it veggie-friendly if you’d like, but if you’re a normal person, get it with bacon because the pork mixes perfectly with the potatoes, cheese and mushrooms. I went egg-free purely out of personal preference, but most people will enjoy that extra layer of protein.

In North Idaho, you’re looking to escape either the cold or the tourists. Slip into the Blue Plate Cafe to get away from either. This cozy spot is covered in kitsch you love-hate from your grandma’s house (we’re talking cat clocks) and tucked away enough that it’s mostly locals. They serve up delicious no-frills diner food, including some of the best — and cheapest — breakfast foods in the panhandle. You’ll find classic eggs, toast and meat combos, chicken fried steak and sweets. Our favorite is the “Rick’s Sandwich,” toast piled with eggs, cheese and bacon and paired with crispy breakfast potatoes or fruit. (The friendly waitstaff was happy to sub a tomato for the vegetarian in the booth.) Just enough to start your day, not so much you leave food on your plate and less than five bucks. Get there by 11am for breakfast.

A longtime favorite of WSU students and fans, Sella’s is best known for its massive calzones. But there’s another, more modest star on the menu: the Famous Bread Twist, a minimalist wonder that will make you believe cheese is superfluous. The bread twist is crisp on the outside, soft and chewy on the inside and served so fresh from the kitchen that tiny wisps of steam rise from the first piece as you tear it off. Back when I was a student, bread twists were 99 cents on Tuesdays, and this was an essential lunch stop for sorority girls preparing for the infamous weekly Wiley Night at Pete’s Bar and Grill. Apparently that era has passed. But $2.49 is still a mighty good deal. If you feel like splurging, it pairs amazingly well with the house salad, for a total bill that still comes in under $7.

The banh mi sandwich craze that’s taken over Seattle has not passed us by. Nope, down at Vien Dong, you can get one hell of a banh mi sandwich with freaking pocket change. Comb the floor of your car and your dryer lint catcher and you’ll have enough for lunch. Vien Dong’s banh mi comes in a few flavors (head cheese, BBQ pork, ham). But since I don’t dig on swine, I always get the tofu version. Vien Dong puts slices of tofu in a crusty bun with marinated carrots and daikon radish, spears of cucumber and spicy mayonnaise. And it comes with a side of spicy peanut sauce. Eat. Order another one. Lunch and dinner — for about five bucks!

Everyone has “oh shit” days: those days when you realize that you’re late for a meeting, forgot to wear deodorant, maybe left your coffee pot on. You know what I mean. Lunch is an afterthought at times likes those, and that’s where Atticus — a cozy downtown coffee spot — comes in. They’ve got a case full of these amazing little baguette sandwiches, that come in flavors like white cheddar, pesto and sun-dried tomato, roasted red pepper and goat cheese or with meats like ham and salami. They’re simple and satisfying. Have the friendly baristas toast it up for you, and take your first deep breath of the day as you dig in with a warm cup of coffee.

This has been my favorite dish for years. The menu humbly states that this gumbo’s inspiration came by way of another restaurant, but the gumbo defiantly speaks for itself without the background. It’s a blissful cohesion of steaming chicken, sausage, shrimp and veggies cooked with a delectable sauce served over rice. Those weak of palate should know — it’s über-spicy and can leave you weeping throughout the meal. Thankfully, the servers graciously bring extra bread to alleviate any discomfort. They don’t even make fun of you for breaking into a sweat.

It wasn’t Flannery O’Connor who said that a good cheeseburger is hard to find, nor was it Jimmy Buffett. But it’s true and evidenced by the fact that much of my life has been spent in pursuit of a perfect cheeseburger. Such perfection continues to elude me, but the legendary Hudson’s Hamburgers in CDA has come damn close. Their cheeseburger is simple, but excellently juicy (if it doesn’t drip, it’s not a good burger, FYI) and served on a rich and delectable bun. They get bonus points for the house-made ketchup and the tangy pickles, not to mention the fact that they rock it old school — no fries, no sides and cash only.

You can get a sope in any Tacos Tumbras, combo, but we recommend grabbing it for a late-night weekend snack, after 9 pm. We’ll deal with this towering pile of deliciousness in descending order: juicy diced tomato, drizzled sour cream, Mexican goat cheese, lettuce and, finally, your choice of meat — I go with El Pastor, a mouth-watering mix of marinated pork, pineapple and grilled onions — all sitting on a soft, homemade corn tortilla pillow. Eat it with a fork. Savor each bite. Grieve softly when it’s gone.

This indulgent appetizer speaks to the kid in all of us by combining some of the greatest ingestible things of all time: beer, mac and cheese and fries. Basically JJ’s has taken run-of-the-mill elbow macaroni and cheese (it tastes exactly like the Kraft stuff from the box), somehow shaped it into little triangles, dipped it in beer batter and deep fried it so the outside is crisped to perfection and the inside is hot, cheesy and incredibly delicious. An order comes with eight of these addictive little cheese nuggets and a pile of fries.

Whoever decided that foods wrapped up in tortillas should be priced cheaper than when those same items are arranged on a plate deserves some sort of award. Maybe a trophy. At Monterey Café, a downtown pizza-and-everything-else joint, they wrap up chicken, bacon, tomatoes, lettuce, douse it all with a liberal smothering of Alfredo sauce and cheese and then dare you not to eat the entire thing in two minutes. It’s like a hearty salad wrapped up for your convenience.

This mom-and-pop pizza shop takes the traditional approach. The original calzone is simple: sauce, mushrooms, olives, pepperoni, mozzarella and fresh dough made from a secret recipe. Sounds cliché but the simplicity works. The combination of ingredients has the right proportions so none of the flavors overpower each other. Also, the smaller size has the perfect ratio of dough-to-stuffing, so you leave satisfied but not swollen. Their friendly service makes for quick turnover. They appear to have the pizza biz figured out.

D. Lish’s is like Dick’s, except you can pay with a credit card and eat indoors, rather than huddling in your car like a winter vagrant. Fresh-cut fries and a double cheeseburger with square patties all slathered in Thousand Island dressing and touched up with shredded lettuce. Glory and grease in a gastronomic pleasure. Wash it down with your choice of pop, all-included. Enjoy the people watching, too. I dined there recently with a couple of Servpro cleaners and table of co-eds arguing the timeline of a mutual friend’s subpoena. Take your burger with raw or cooked onions — I go in for the latter.