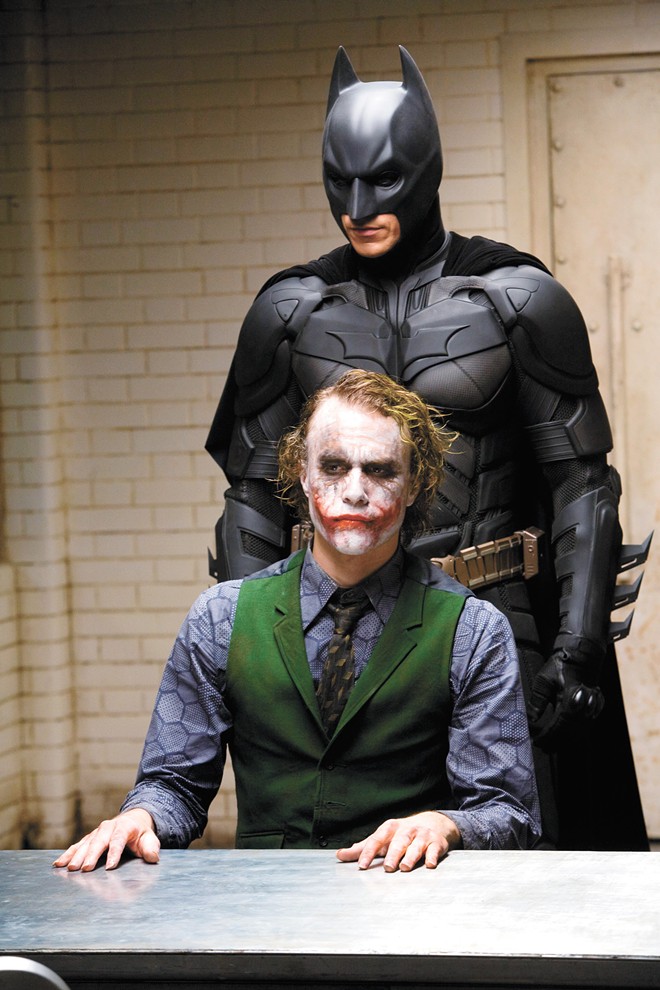 In March 2001, Memento landed in American theaters after gathering steam at festivals, and the dark psychological mystery about memory, revenge and grief became an unexpected indie hit.

It was only the second feature by 30-year-old British filmmaker Christopher Nolan, and it immediately established his trademark obsessions with high-concept genre deviations and time-twisting storytelling devices. As Nolan's breakout film celebrates the 20th anniversary of its U.S. release, we're looking back at his 11-film career and sorting it from worst to best.

This is, of course, entirely subjective, because everyone has their own favorite Nolan joint. But you shouldn't really think about the specific rankings — just feel it.

11. TENET (2020)
I'll admit that last line is a bowdlerized version of a sentiment expressed in Nolan's most recent brain teaser, which plays out like a James Bond caper that's fallen through multiple wormholes. I've seen it twice — once in the theater, once at home with the subtitles on — and still don't think it holds together, but in between the convoluted plot dumps are a few expertly orchestrated action set pieces. For rent on Amazon Prime and Google Play

10. THE DARK KNIGHT RISES (2012)
The capper on the Dark Knight trilogy is easily the least of the three, overstuffed and sometimes awkwardly plotted. In what's going to be the running theme of this piece, this deeply flawed movie nonetheless contains some terrific elements, including Tom Hardy's inspired take on supervillain Bane, some intriguing explorations of justice and redemption, and an effective denouement. Streaming on HBO Max 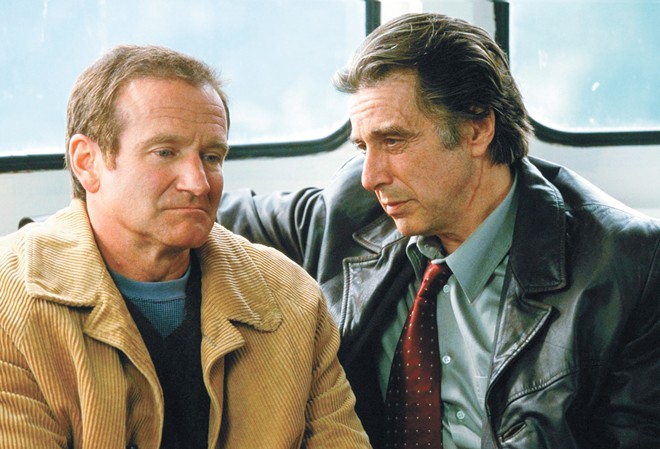 9. INSOMNIA (2002)
An unusual entry in Nolan's filmography in that it's a remake of a Scandinavian thriller, starring Al Pacino as a sleep-deprived cop investigating a murder in an Alaskan fishing village. While covering up some corruption of his own, he enters a battle of wits with a crime writer (Robin Williams) who's uncomfortably close to his subjects. It's reasonably entertaining, but falls somewhere between a paperback thriller and a watered-down David Fincher film. Streaming on HBO Max

8. INTERSTELLAR (2014)
I don't think the epic plot of Interstellar holds together, but damn if it doesn't contain some of the finest individual scenes that Nolan has crafted. Intellectually, I don't think its attempts to merge the cerebral sci-fi of 2001: A Space Odyssey with the touchy-feely spectacle of vintage Spielberg quite works. Emotionally, I'm welling up just thinking about Matthew McConaughey watching his daughter grow up via video transmission. For rent on Amazon Prime and Google Play

7. FOLLOWING (1998)
Nolan's debut feature is the polar opposite of Interstellar, a no-budget black-and-white thriller that clocks in at just 70 minutes. It's about an aspiring author whose hobby is shadowing strangers on the street, a petty thief who breaks into peoples' houses for fun, and a mobster's girlfriend who links them. It's hardly great, but it's fascinating to see Nolan's love of chronological shuffling play out in such a lo-fi fashion. For rent on Amazon Prime and Google Play

6. BATMAN BEGINS (2005)
Nolan's first foray into the moral ambiguity of Gotham City broke the Caped Crusader out of movie jail, taking a more somber, earthbound approach to a character that had previously descended into campy theatrics. It holds up relatively well, too, establishing a bustling, hardscrabble world that piqued our interest for more. If the movie has any major drawback, it's that it's simply not as memorable as its sequel... but more on that later. Streaming on HBO Max

5. THE PRESTIGE (2006)
Following the success of Batman Begins, Nolan's next step was something of a surprise — a Victorian-era mystery about dueling illusionists. The Prestige wasn't a huge a box office success, but it's a lot of fun and has been touted by many critics as Nolan's best. It's the twistiest of his films, and while you can see some of the plot reversals coming, there are much wilder ones that you couldn't possibly foretell. Also, it's got David Bowie as Nikola Tesla. Streaming on Amazon Prime 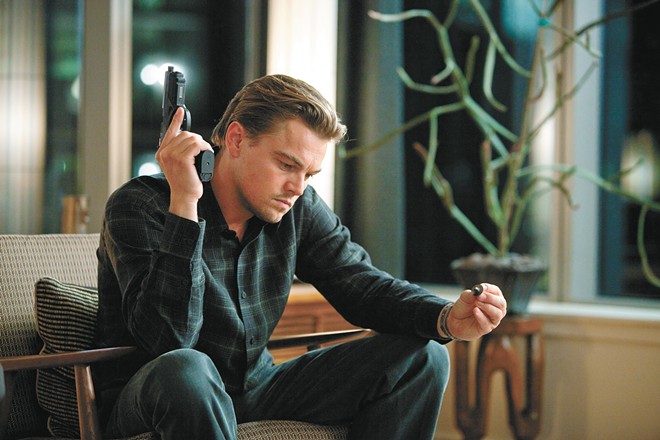 4. INCEPTION (2010)
A real turducken of a movie — a slick heist film stuffed inside a globetrotting thriller stuffed inside a perception-shifting puzzle box, concerning a group of international thieves that hijacks peoples' dreams. Nolan's script has its problems: Most of the dialogue involves characters explaining big concepts to one another, and it descends into one too many dream layers. But its ambition, scope and visual invention could clobber most small-minded blockbusters, and it's rare to see big-studio fare get so heady. Streaming on Netflix

3. MEMENTO (2000)
A neo-noir mystery told backwards, Nolan's second feature is about an insurance investigator (Guy Pearce) with short-term memory loss trying to piece together the circumstances that brought about his wife's murder, while tattooing key information onto his body. The story unfolds in reverse while flashbacks run in the opposite direction, and we get to see a number of Nolan's pet themes — screwy narrative timelines, tortured heroes with tragic pasts and unbelievable twists — in their nascent phases. Even knowing all its secrets, it's easy to get lured into its web. Streaming on Hoopla, Kanopy and Tubi

2. DUNKIRK (2017)
Going back to Nolan's own directive to feel before you think, his brilliant WWII film Dunkirk is less about the strategy of combat than the sheer sensory overload of being on the frontlines, and of losing your identity when you're but one part of a roiling horde that's fated to die. On a purely primitive level, Dunkirk is also a tightly wound ticking-clock thriller, with three concurrent timelines that converge and overlap and sometimes fold in on each other. I sometimes find Nolan's narrative tricks to be needlessly complicated, but here they illuminate his grander concerns in an elegant way. Streaming on HBO Max

1. THE DARK KNIGHT (2008)
The same year Iron Man kickstarted the Marvel Cinematic Universe, Nolan's second Batman film was setting the template for how to best bring comic book lore to the big screen. The Dark Knight is arguably still the high water mark of the now-ubiquitous superhero genre, expanding the themes of its predecessor into a portrait of a city coming apart at the seams. And, of course, there's Heath Ledger's animalistic, Oscar-winning Joker, who came twitching onto the screen and instantly announced himself as an all-time great movie villain. Sure, it might run on a little long (maybe Nolan should have saved Two Face for another sequel), but it remains gripping and risky more than a decade later. Streaming on HBO Max ♦