2015: RACHEL DOLEZAL TURNS OUT TO HAVE BEEN WHITE THIS ENTIRE TIME 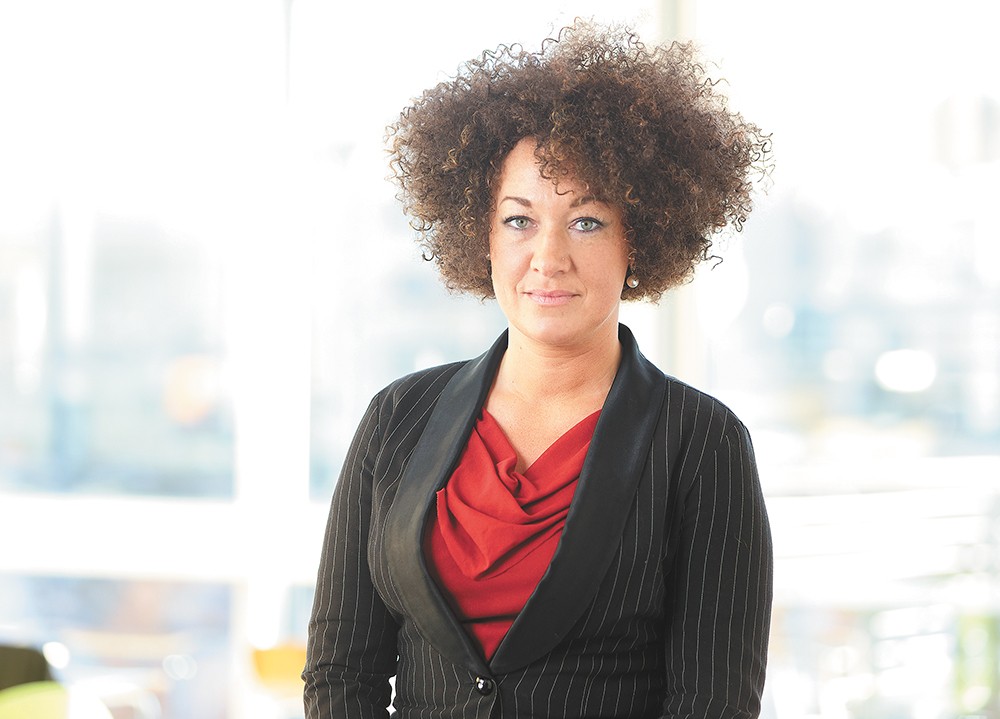 Rachel Dolezal is not a black woman.

But she played one in the pages of the Inlander. She also played a black woman as a lecturer for local universities, as a victim of several alleged hate crimes, as a leader of Black Lives Matter protests, and — most glaringly — as the president of the local NAACP.

Dolezal had darkened her skin, done up her hair, and invented a backstory, but she was born a white woman. And upon closer examination, many of her hate crime claims looked awfully suspicious, too.

Nationally, she was a sensation. She was a joke, a meme, fodder for a hundred think pieces about "transracialism." She was a curiosity and an outrage.

But with time, fame and infamy are not so different. Next year, she's coming out with a book, In Full Color. It's written with the help of a white man previously best known for writing about the bluffs and deceptions of competitive poker.

Yet locally, to those who'd once defended her and marched beside her, her legacy is different.

Before Dolezal was exposed, Spokesman-Review columnist Shawn Vestal had written a piece chiding those with "a tendency to dismiss and disregard" hate crime claims like Dolezal's.

But a year later, watching with horror at how Dolezal's lies have been cited by those doubting new hate-crimes claims, Vestal calls her the "Northwest's biggest gift to white supremacy since [Aryan Nations founder] Richard Butler."