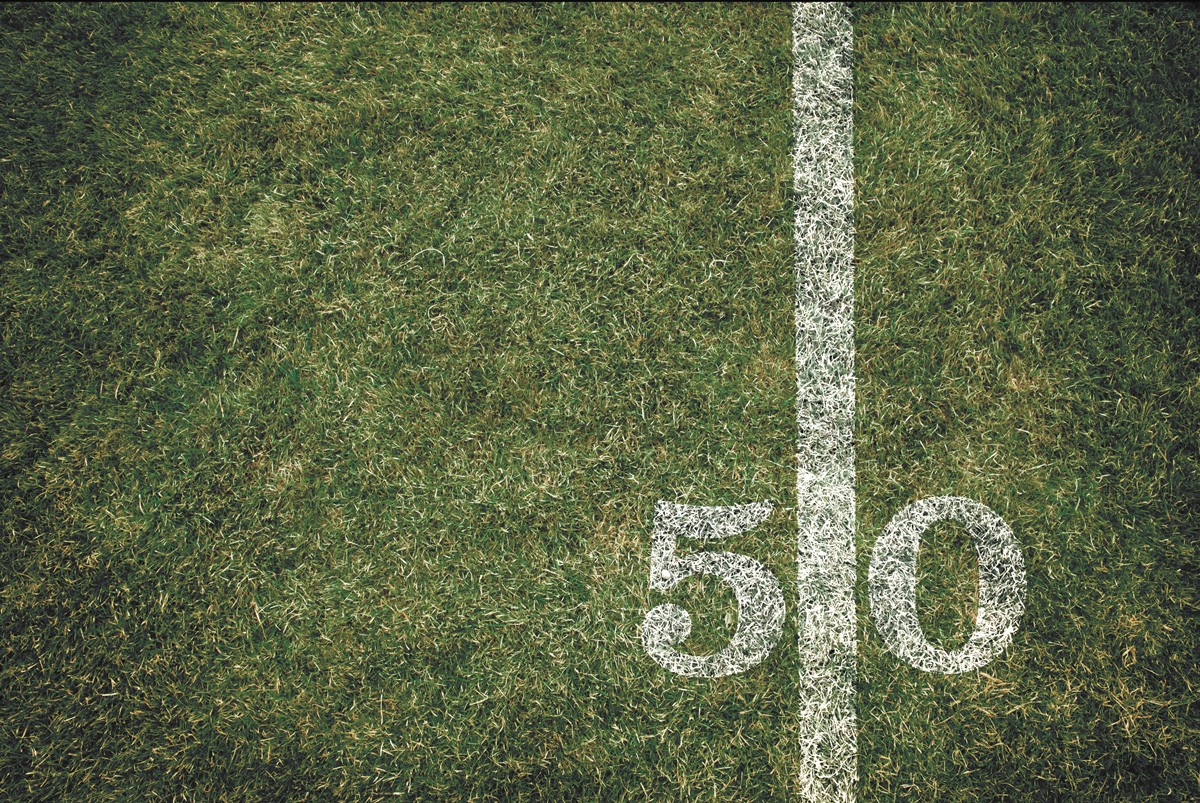 Halfway, if you're lucky.

Back around the turn of the new year, I scrolled through a giant list of noteworthy albums turning 50 years old in 2021, a batch that includes titles I've been listening to most of my life: Led Zeppelin IV, Marvin Gaye's What's Going On, Isaac Hayes' Shaft soundtrack (You're damn right).

As I read, I thought to myself, "Wait, something else is turning 50 this year. What is that?"

Why, it's me, isn't it?! That's a little reference from The Young Ones for those readers of A Certain Age and extremely niche MTV viewing habits circa 1985. My people!

Yes, I'm staring down turning a half-century old by the end of this month. I just booked a colonoscopy for this fall — true story! And while I've had friends go on overseas adventures or epic ski trips or romantic getaways for their big 5-0, my big hope at the beginning of 2021, before I knew if travel would even be allowed at this point, was just to get a shot or two by the time my birthday rolled around, and not the delicious bourbon kind.

I'm not one to put much stock in one birthday being more significant than another, and given that I've already celebrated one during the pandemic, it wouldn't have been a huge deal if I'd had to spend this one still on lockdown. I'm privileged with a happy home life. Of course, I say that knowing a midlife crisis could hit any second now and you'll suddenly see me driving a too-sporty car and wearing too-tight clothes to my hair-plug appointment. There's no predicting these things. Hopefully, though, I'll remain someone who drives an oh-so-practical Suburu wagon and wears an array of utterly comfortable band T-shirts while continuing balding somewhat gracefully. And if not gracefully, at least without putting up a fight.

My birthday itself will be pretty low key — a quick getaway to Missoula where my significant other and I both lived in our mid-20s without ever meeting each other back then. It should be great, and as I look back at my decade-marking birthdays, I've been pretty lucky.

Ten years ago I turned 40 on a hillside at a Utah ski resort, enjoying cocktails with friends and a free concert by one of my favorite musicians, Alejandro Escovedo. Twenty years ago I woke up in Sedona, Arizona, having served as best man at my buddy's wedding the day before. As a gift, the happy couple bought me a session with a psychic (because when in Sedona...), and let me tell you, things are going to turn out great for me. If I remember correctly. I was pretty stoned for the reading (because when in Sedona...). Thirty years ago, I turned 20 ... and I don't really remember what I did to celebrate. That's probably a sign I had a pretty good time.

I could say the same for most of those first 50 years, five decades of pretty good times that found me living at various points in four different time zones, in 12 different states, and countless houses and apartments with many, many roommates.

If I had to make a prediction, I probably won't move around as much over the next 50 years. And I'll probably keep listening to those old albums as we approach 100 together. ♦