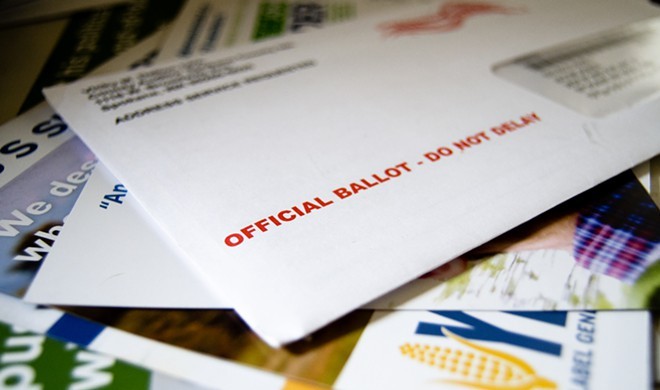 With the date to finalize the general election results fast approaching, Spokane County election workers continued to get ballots counted this week.

For the most part, what takes longest to tally are the "duplicate" ballots, which have to be filled out by hand for any ballot where a voter changed their mind, left a stray mark, or otherwise damaged their ballot in a way that the counting equipment can't handle.

Election workers pair up to examine the changes and fill out the new ballot, double checking each other's work to ensure the voter's choices can then be counted.

That process takes a lot of time, which is why there has been a steady trickle of additional results released daily by the Spokane County Auditor's Office.

But come next year, the elections office will have a new tool to use that should speed up the work of correcting changed votes and stray marks, County Auditor Vicky Dalton says.

Under the new method, once signatures are verified, ballots will be taken out of their envelopes and scanned immediately into a digital system, which is siloed from the county's network and from the internet, with a digital auditing trail to avoid tampering.

The system, called Clear Ballot, has been used by other counties, including King County, which means Spokane luckily won't be the guinea pig, Dalton says.

"Thankfully, for a change, we are not on the bleeding edge of this process," she says.