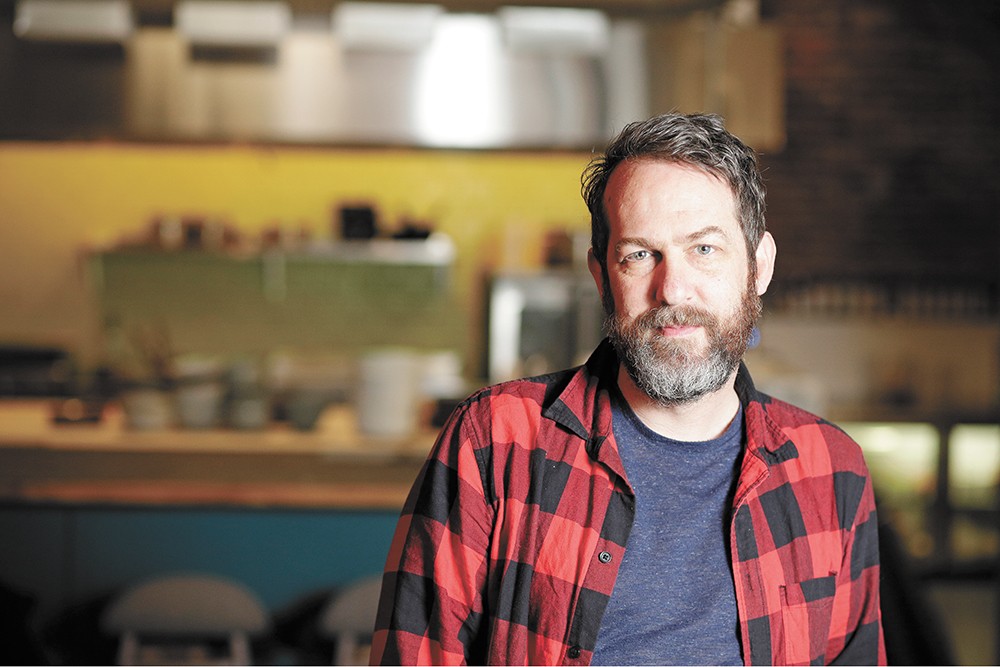 Working in restaurants was one of the few constants while growing up for Tony Brown, who moved a lot and later attended several colleges while experimenting with different majors before landing back in Spokane and eventually opening Stella's Café in 2012. Next came Ruins, a wildly popular spot on Monroe where Brown and his team continue to change the menu each month. His most recent venture is Eyvind on the main floor of the Bickett Building, as well as a separate restaurant downstairs called Hunt, both of which opened just last month.

BROWN: Magnus Nilsson, who lives in the nether region of Sweden on a farm, hunting, fishing and just doing small seatings with what he has available. I like the idea of being secluded — if it was economically viable — and doing something that small.

The downside to ownership is not having as much time cooking. The goal is to get back to that. Ultimately it's my neck on the line, but I like to challenge the cooks to come up with things on the menu. I like that collaboration. Everyone brings their own talents.

Less is more. If you can hone in on an ingredient — you'll never perfect it, but get it as close as you can — that's all you need.

You've participated in Restaurant Week in the past. What have you learned since then?

Our first year, we ran out of food. We had 50 percent more business that week than ever. Then one year Ruins didn't participate, and it was really slow! Restaurant Week just kind of reminds people how many restaurants there are. And I'm excited to introduce Eyvind, especially. All of [the restaurants I run are different]. You know, Ruins is kind of bar food, but Eyvind is very modern. And Hunt is this English, outdoorsy, game, country kind of place.

What are you most looking forward to during Inlander Restaurant Week?

Think of it like a gallery show. It's never coming back. But it's our one chance to impress upon [diners] to come back.