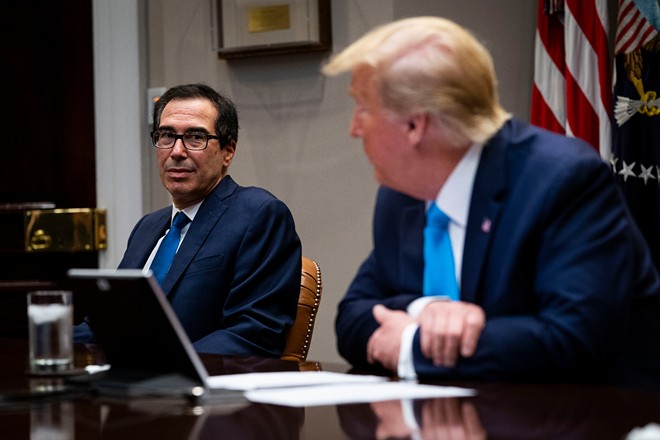 Congress’ watchdog on Thursday criticized the federal government’s response to the coronavirus pandemic, noting that the Centers for Disease Control and Prevention is inaccurately counting coronavirus tests and that more than $1 billion in payments had been issued to dead people.

The 403-page investigation by the Government Accountability Office was ordered in a provision of the CARES Act, the $2 trillion emergency pandemic aid legislation, which Congress passed in March. So far, $643 billion of this allocation has been spent, the auditors said.

The report is a sobering review of the first six months of the pandemic. In its typically understated language, the agency wrote that the federal government’s response was slow, disorganized and insufficient to protect the public, despite years of warnings that a pandemic was inevitable. The watchdog agency also noted that the White House Office of Management and Budget had not directed federal agencies to reveal how much money they have spent until July.

“It is unfortunate that the public will have waited more than four months since the enactment of the CARES Act for access to comprehensive obligation and expenditure information about the programs funded through these relief laws,” the report said.

The report noted that as of April 30, nearly 1.1 million payments, totaling almost $1.4 billion, had gone to dead people. According to the GAO, the IRS said it did not have the legal authority to deny payment to anyone who filed a tax return for 2019, even if they had since died.

The auditors recommended that Congress give the Treasury Department access to federal death records, to avoid future payments to the deceased.

The report also criticized the CDC’s counting of coronavirus tests, which combines tests for an active infection and those that detect antibodies. This practice inflates the percentage of Americans that appear to have been tested and gives an unreliable picture of the way the virus is spreading around the country, according to the new report. After the CDC was criticized last month for combining the two types of tests in its reports, the agency promised to separate them. But as of June 9, it had still not resolved the issue, the office reported.