Young Kwak photo
Negotiations with the Spokane police union have been ongoing since 2017.

In November 2019, a whopping 77 percent of Spokane city voters agreed that union negotiations with public employees should, in fact, be public and not conducted behind closed doors.

A few things have happened since then that have kept such deal-making shrouded from public view. For starters, just a few months after that key vote, a global pandemic broke out, throwing a wrench in in-person public meetings everywhere (though virtual solutions have been adopted).

Secondly, local efforts to make bargaining public first started in neighboring Lincoln County, which quickly saw a lawsuit from one of its major unions to block the move. That court case is still ongoing, and until either the public commission that rules on collective bargaining provides clear guidance for open negotiations or the state Supreme Court takes up the case, government agencies and unions are keeping a watchful eye.

Regardless of those challenges, Spokane city leaders are being urged to open up its contract negotiations this year.

In a Jan. 11 letter to city officials, a group of business leaders, the conservative-leaning Washington Policy Center and the president of the Washington Coalition for Open Government argued that bargaining should be open to the public.

"Since government union contracts account for such a large portion of spending, they should not be negotiated in secret," the letter states. "It is predictable that union leadership would resist such a change. If they continue to resist, the city of Spokane should simply proceed as required in the charter — publish a public offer to the union(s) and await a response."

Otherwise, the letter also warns, "Failure to comply with the city charter, in violation of your oath, could open the city up to further legal action."

Labor leaders, meanwhile, continue to argue that this supposed effort at transparency is really a thinly veiled attempt to hurt and undermine unions. And with COVID restrictions and legal uncertainty looming, it remains to be seen if city leadership and union representatives will be able to agree to ground rules for the first three contracts subject to the new rule in a way that gives the public a seat at the table, virtual or not.

The Washington Policy Center-led letter came partly in response to a letter that Chris Dugovich, executive director of the Washington State Council of County and City Employees, sent to Spokane County and the city in December.


That state council represents Local 270, the city of Spokane's largest union, with close to 1,000 workers who do everything from engineering and administrative work to sewage treatment and refuse driving.

In the letter, however, Dugovich specifically takes issue with the county, lamenting that Spokane County correctional officers, under another part of his union, have worked throughout the pandemic without a contract since the end of 2019.

Similar to the city of Spokane, the county also passed a requirement that bargaining with unions be moved into the public, but unlike the city, which put that measure to voters, the county measure was approved solely by County Commissioners Josh Kerns and Al French.

"The Union has relentlessly for over a year tried to have substantive negotiations but have only been met by a flat-out refusal to bargain," Dugovich writes. "This letter is in hopes that both the City and the County return and continue to bargaining (sic) in good faith. Failure to do so may mean that the bar room brawl just may break out to the streets."

"Bullying language is definitely not the way to win this rhetorical argument," Cathcart says. "The public is saying they want more transparency in this process." 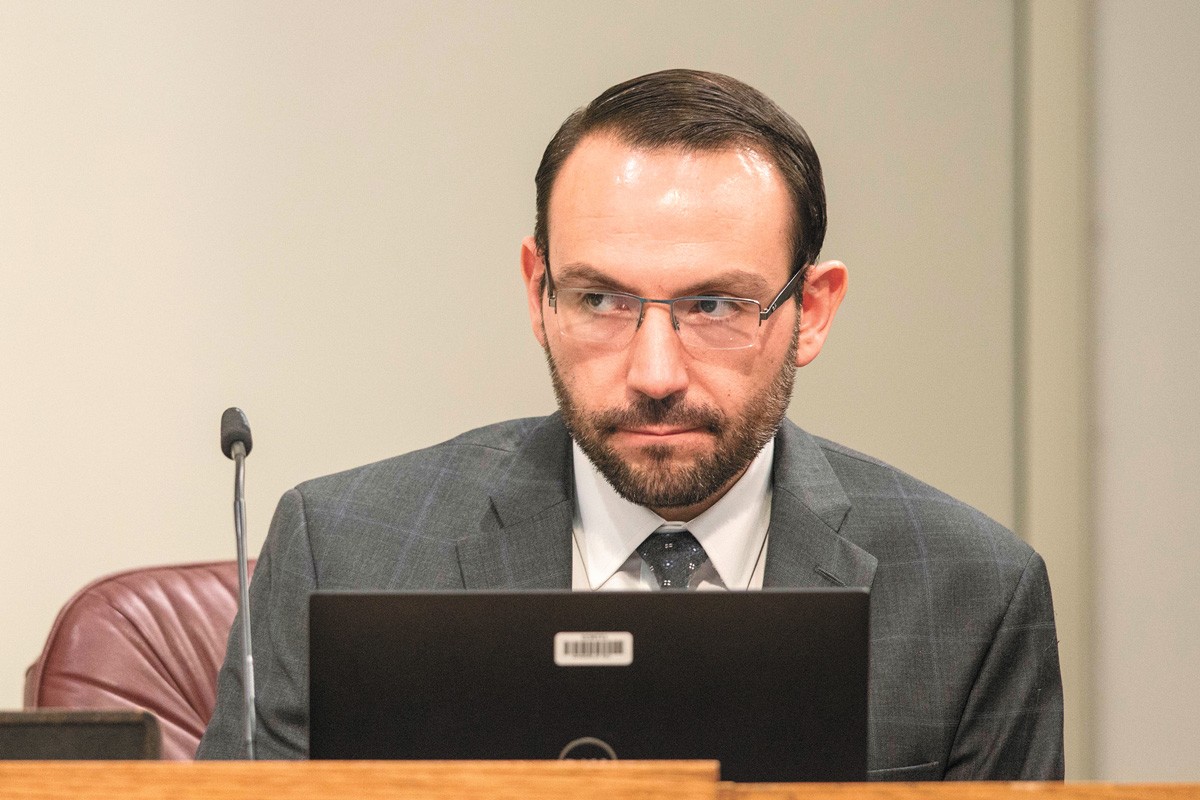 At both the city and county level, the open bargaining rules would allow reporters and members of the public to witness negotiations that have previously been kept secret until a final deal is presented to government officials to approve or reject. When unions and agencies reach an impasse in closed-door negotiations, it can be hard for the public to know what led to standoffs that can leave workers without contracts for years.

At the city level, negotiations with the police union have been ongoing since 2017, says city spokesman Brian Coddington. A deal was presented to Spokane City Council in early summer 2020, but the council rejected it due to disagreement over police oversight requirements, sending the deal back to the bargaining table, which remains closed to the public.

Negotiations with the firefighters union, Local 29, have been underway since fall 2019, before the open bargaining requirement was passed by voters.

But in recent weeks, after delays due to COVID-19, the city has finally started laying the ground rules for negotiations with three unions representing management professionals, firefighter officers and that largest group of city employees covered by Local 270. Those three negotiations would be the first subject to the city charter change that voters enacted in 2019.

"The city's stance is there's an expectation of open bargaining and we'll pursue that," Coddington says.

The city will also look for any legal guidance that may come out of a court case between Lincoln County and the Teamsters union Local 690. The dispute over public bargaining there has been going on since late 2016. Most recently, the state court of appeals directed the Public Employment Relations Commission to provide clearer guidance about how a public process would work if labor unions and agencies agree to go that route.

Cathcart, who notes that he's not a lawyer, suggests that the city may not be impacted by that ruling in the same way the county might, because the city measure was passed by voters.

But the Washington State Council of County and City Employees' stance is that all the city and county open bargaining measures that have been passed break the state law that guides collective bargaining. Dugovich, the state council director, argues the measures have the intent of busting up or hurting unions, as the language was pushed by the Olympia-based Freedom Foundation, which has also worked for years to inform union members that they are not required to join or pay dues.

Dugovich also points out that unlike Spokane's ongoing police contract issues, his union has had great success in reaching deals with government agencies. Their last strike in Spokane County was in 1992. Essentially, he says, the system wasn't broken.

"This was a solution that was unnecessary. It's not a problem, but they've been influenced by this very anti-union group, and they're using it as a means to stop negotiations," Dugovich says.

Still, proponents of making bargaining sessions public argue that taxpayers should be able to see how the sausage is made, not just how it's served on the plate to elected officials.

Cathcart, meanwhile, now sits in the uncomfortable position of being briefed on the current status of negotiations during council executive sessions, which may not be discussed publicly. Still, he says he firmly believes that the actual bargaining sessions with unions should be conducted publicly, in part so even he can be held accountable.

"Our negotiations should absolutely be open to public scrutiny and public observation," Cathcart says. "That's the only way to give the public the opportunity to measure your success or failure and hold you accountable as an elected official."

But Dugovich reiterates that bargaining deals can be approved or denied in public by council once they're finalized, and says that in his nearly 40 years negotiating contracts around the state, he has not seen any case where public employees got too much money.

"You'd be real hard-pressed to find a contract settlement in my union or a lot of unions that you'd sit back and go, 'Boy, that's crazy!' or 'That's unbelievable,'" Dugovich says. "You can't blow up the city hall and sell the bricks — you want to make sure it's standing after this is done. We do our utmost to make sure our employers are successful in their mission to serve the public."

Dugovich says Local 270 has had early meetings with the city of Spokane to start figuring out how they'll negotiate a new contract, and he expects another meeting within the next month. But if making negotiations public is the sticking point, he says it's possible that the union could have to turn to the courts for a solution.

"We're not going to allow our collective bargaining act statewide to be piecemealed, so that may end up being where we have to go for a resolution," Dugovich says. "Hopefully not, but if we've got no other alternative that's where you settle a dispute." ♦