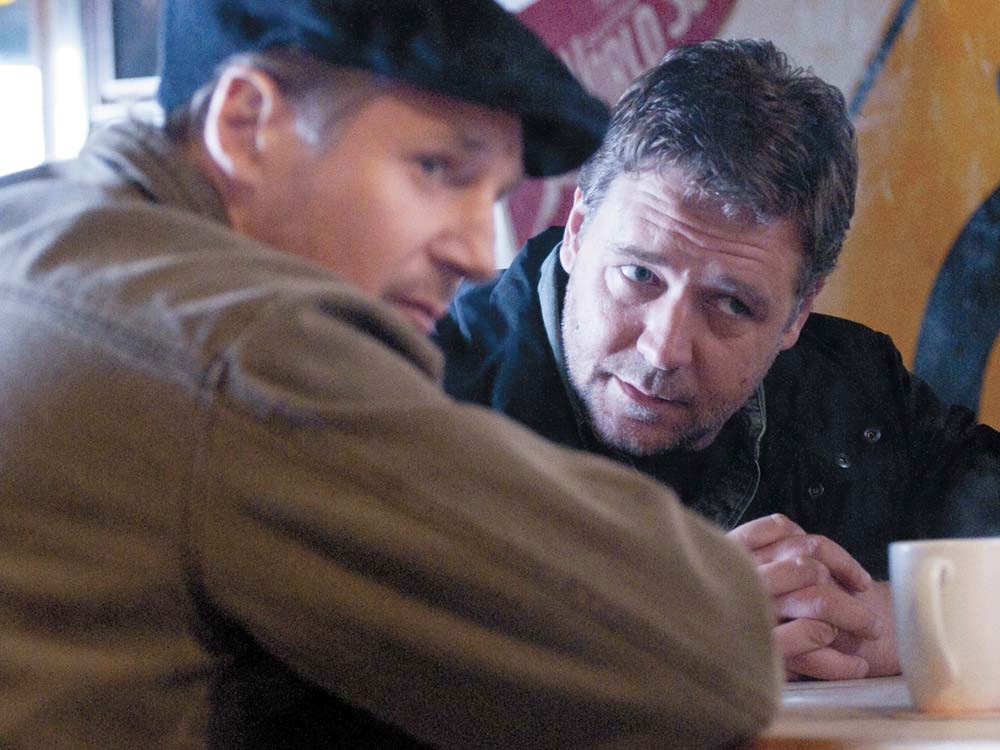 So uh, do you know how to do a jailbreak? Me either.

It sounds sorta odd to say one of the reasons I love The Next Three Days is that it feels years long. It’s not that this action thriller drags, because it doesn’t. Just the opposite: An hour in, when I was astonished to discover we were only an hour in — it felt like we’d had a full movie’s worth of gripping popcorn excitement already — I was then instantly thrilled to realize that meant there was another hour of gripping popcorn excitement to go.

I’m generally enthralled by Russell Crowe: I’m sure that helped. Then again, if I loved unreservedly every movie he makes, I wouldn’t have trashed the misfired Robin Hood. So I give some credit to the combination of Paul Haggis’ screenplay and direction with Crowe’s powerful incandescence and everyman presence. Crowe makes the movie work in ways that far exceed any expectations we should honestly have for such a preposterous potboiler of a concept: How do you manage child care while doing all the footwork required to plan your wife’s prison break? It sounds ridiculous, and it should be ridiculous up on the screen.

But Crowe is palpably believable as a nice, honest, decent, gentle man so far out of his league that it ends up putting a new spin on the action thriller as we watch him — and cringe for his naiveté — as he tries to contend with the kind of underworld types he needs in order to manage a prison break. He is a mild-mannered college professor whose wife (Elizabeth Banks) has been sent away for 20 years for a murder she did not commit (or did she?). All appeals have been exhausted; there’s nothing left to do but arrange her escape.

No spoilers, but: The final half hour, which encompasses the actual escape, is almost unbearably suspenseful, and one of the most intense sequences I’ve seen at the movies this year. And again there’s some credit due to Haggis, of course, but mostly, it’s Crowe’s concentrated passion driving some startling events and making us forget how absurd they are. This is Crowe’s film, and it is a triumph for him, and for us, in how he lifts the whole endeavor far above genre cheese into the stuff of great and forceful drama.