A graphic-novel guru on the strange appeal of comic books. And why they're here to stay. 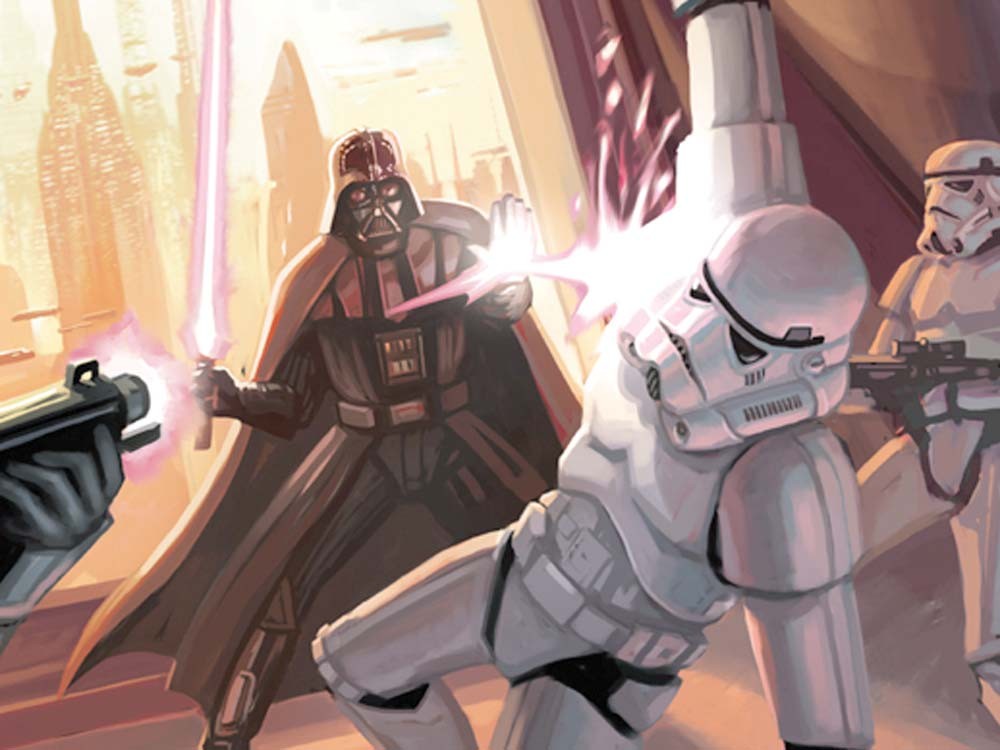 Print publishing has been going digital for years, and that includes one of the most nostalgic of all print media forms: the comic book. But while this adaptation to new times and technologies may seem like the death of a childhood staple to some, Scott Allie sees it differently.

The editor of Dark Horse Comics, Allie is responsible for putting out classics like Hellboy and Star Wars, but he’s also responsible for moving comics in a new direction. And he believes the medium’s future is as bright as the screen of your iPad. We caught up with him in advance of his Spokane Comicon appearance this week.

INLANDER: How did you get into comics?

ALLIE: I didn’t read them when I was real little, so I don’t have the nostalgia. But when I started reading them, there was just something about the way they communicate an idea to you that spoke to me. I love movies and I love prose, but it’s comics that works for my brain better than anything else.

As the editor at Dark Horse, you’re now in a position to observe the industry. So where are comics headed?

All the different publishers have been working out what their digital strategy is going to be. Last month, we launched our digital store, where we’re selling our own comics for low prices and digital downloads either for your iPhone or your iPad or just a regular computer. It’s the Wild West for us — it’s a brand-new approach to selling the stuff. And no one really knows what to expect from it.

But doesn’t something get lost when you digitize comics?

The pamphlet form of a comic … there’s nothing great about that form. A lot of us have a nostalgic attachment to it because it’s what we grew up on, but it’s really a bastard form. The newspaper moguls years ago figured out that they could sell more papers by putting comics in the newspapers, and then they said, ‘Well, it sells newspapers, I wonder if we could sell them on their own.’ So they literally just folded up the comic sections of their newspapers and sold them as comic books, and they created this cheap form of the comic book just out of necessity.

[But] this pamphlet form that was created because of how cheap it was is no longer cheap at all [because of the price of paper.] So now comics are super-expensive — it’s like $4 for 22 pages of entertainment that you can probably read in, like, 10 minutes. If you’re being economical about it, $4 for 10 or 15 minutes of entertainment is terrible compared to any other form of entertainment.

So, digital comics are just a better business model?

Something is definitely lost. There’s something tactile about having the book in your hand I enjoy and I think has merit. [But] I can put 1,000 comics on my iPad and carry it with me wherever I go, and when I’m done reading those, I can archive them and put 1,000 new ones on there. That’s super-cool.

What do you have in the works right now?

I’ve had a little explosion of writing lately. Hellboy has this cast of characters, including this young woman named Liz Sherman. Last year, I pitched the creator of Hellboy on the idea of doing a story about Liz as a young girl, where we explore [the backstory of how she accidentally killed her family with her fire-starting powers]. So I did a three-part series about her, and I think the last issue will still be forthcoming when I come to Spokane … And then next week, the first issue of a Star Wars series I’m writing comes out, and that one is called Star Wars Jedi: The Dark Side. And that’s a five-issue series, the first of which comes out next week.

So what will you be doing at ComiCon?

I’m just going to have a table ... I’m going to be selling stuff and talking to people, and I think I’m doing portfolio reviews, so aspiring comics artists can come show me their stuff.