The ivories will be ridden hard and put away wet over the next few weeks. 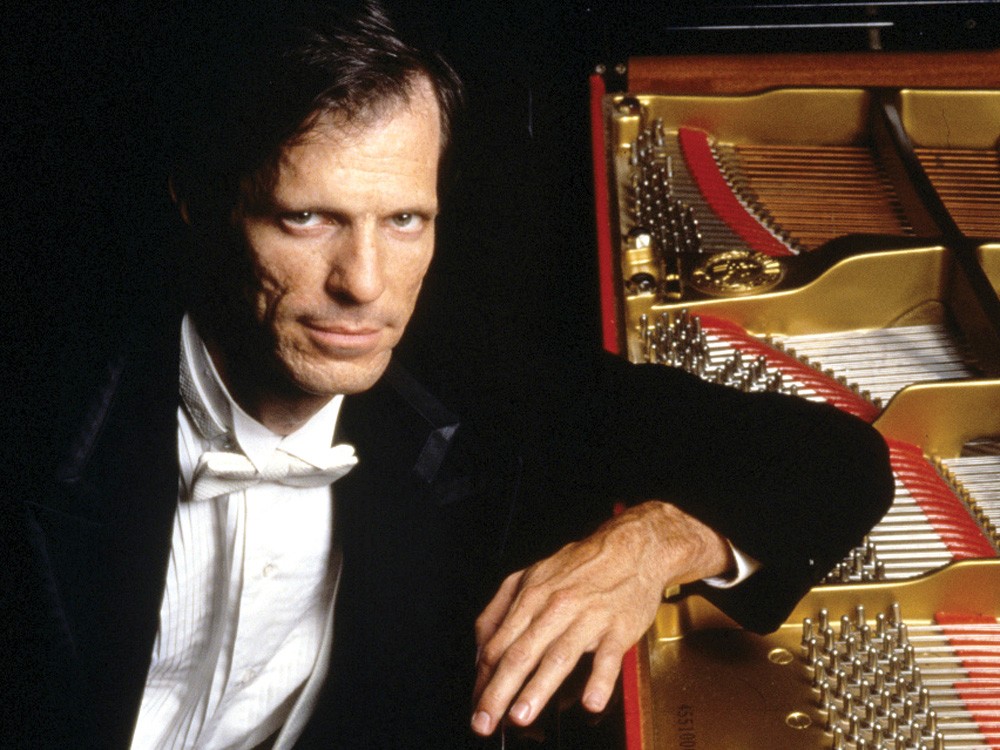 In the world of jazz, Spokane produced Jimmy Rowles, Ella Fitzgerald’s pianist. Classical had Glenn Jacobson and Donald Minaldi — not household names, but important in their own world. The current generation includes Stephen Drury and Paul Hanson.

Between Sept. 17-26, six different pianists with local connections (including two locals) will be playing in seven concerts around the Inland Northwest.

Here’s what you can look forward to. For much of the last half of the 20th century, two piano teachers dominated Spokane: Margie Mae Ott on the south side and Mary Toy on the north side. Ott taught a bunch who are now playing from here to Bangkok, including Drury, Greg Presley, and Jody Graves. Mary Toy taught Hanson, Hsia-Jung Chang, and Archie Chen, among others.

Two of them, Drury and Hanson, are playing here in September. Drury is one of Rogers High School’s most famous alumni. A teacher at the New England Conservatory, he gets quoted and praised everywhere — usually for playing the big 20th century obtuse composers, such as Charles Ives and John Cage, but equally for Schubert and Beethoven.

He’ll be performing with his Callithumpian Ensemble in Moscow.

The University of Idaho has the only existing version around here of a college arts series for classical music. The Auditorium Chamber Music Series, in that lovely old Ad Building Auditorium, brings in four or five concerts each year, representing the best of the breadth of classical music — string quartets, brass quintets, early music ensembles and, yes, even a few wild and wooly new music ensembles, including the Callithumpian Consort, which brings together some of the deepest, most esoteric yet artistically valid creations of the 20 th and 21 st centuries. After Drury plays that concert with his friends in Moscow on Sept. 20, he’ll stay around for a piano recital on Sept. 22.

Advocates of the genre known as “new music” go out of their way to show just how weird and shocking “old music” is, and how simply natural “new music” is. You just have to shut up and listen. In Spokane, we’ve had decades of Gunther Schuller going out of his way to make these points.

Drury has done the same. A really famous singer of Schubert’s songs, Sanford Sylvan, has spoken of hearing Drury give searching accounts of the three late Schubert sonatas as one of the most transcendent musical experiences of his life. Drury would shrug and expect the same result from Charles Ives or Pierre Boulez, two composers famous for making audiences nervous. He’ll play that range down in Moscow on the 22 nd .

Paul Hanson, who went to Shadle, took a path similar to Steve Drury’s. He and his wife, Joanne Kong, came here a couple of years ago to celebrate the 100th anniversaries of equally thorny composers Olivier Messiaen and Elliott Carter. Now they’re coming back to play that darling of black-and-white romantic movies everywhere, Franz Liszt.

Hanson (a contemporary music specialist) and Kong (a harpsichordist as well as a pianist) work on opposite ends of the historical divide. Franz Liszt, one of the dominant figures of 19th century Romanticism, is a perfect meeting place for them, and they’ll showcase that compromise at Whitworth on Sept. 24 in a program created for the Liszt Bicentennial (he was born in 1811).

But wait! There’s more. Jon Kimura Parker (“Jackie” to his friends) grew up in Vancouver and hangs out in the Northwest, including in the Orcas Island Chamber Music Festival. He does have a day gig teaching at the respected Rice University School of Music in Houston. He’s coming here to play that old favorite on Sept. 17 and 18, the Piano Concerto by Norwegian Edvard Grieg, with the Spokane Symphony at the Fox.

Then there’s Simone Dinnerstein. In a great rags-to-riches story, she mortgaged everything she had to self-produce a Bach CD, which went viral a few years ago. Now she has contracts with the big recording labels (such as they are) and gigs with major orchestras.

Dinnerstein is also a FOK — that’s “Friend of Kevin.” As an ebullient conductor of the Gonzaga Symphony, Kevin Hekmatpanah has kept up his friendships with his good buddies from the Peabody Conservatory. He’s enticed pianist Adawagin Pratt, violinist Elmira Darvarova, cellist Daniel Gaisford and Dinnerstein to come around and try out their concertos before they get in front of the big orchestras in the big towns with the fearsome critics. Dinnerstein is coming back to play the Ravel Concerto at the Fox on Sept. 26.

So what makes good pianists great? There are a lot of them who can play all the notes. But then there’s “touch” — exactly how you start that note, how long you hold it, and how you connect them all. When a pianist puts it all together, that’s called Voicing — when every note in a busy, thick texture understands its raison d’etre.

Piano playing, at its best, is one of the rare examples in our civilization of that cosmic math in which the whole is greater than the sum of the parts. In late September, do the math — 60 fingers, zillions of notes, and a high likelihood of a transcendental musical experience.