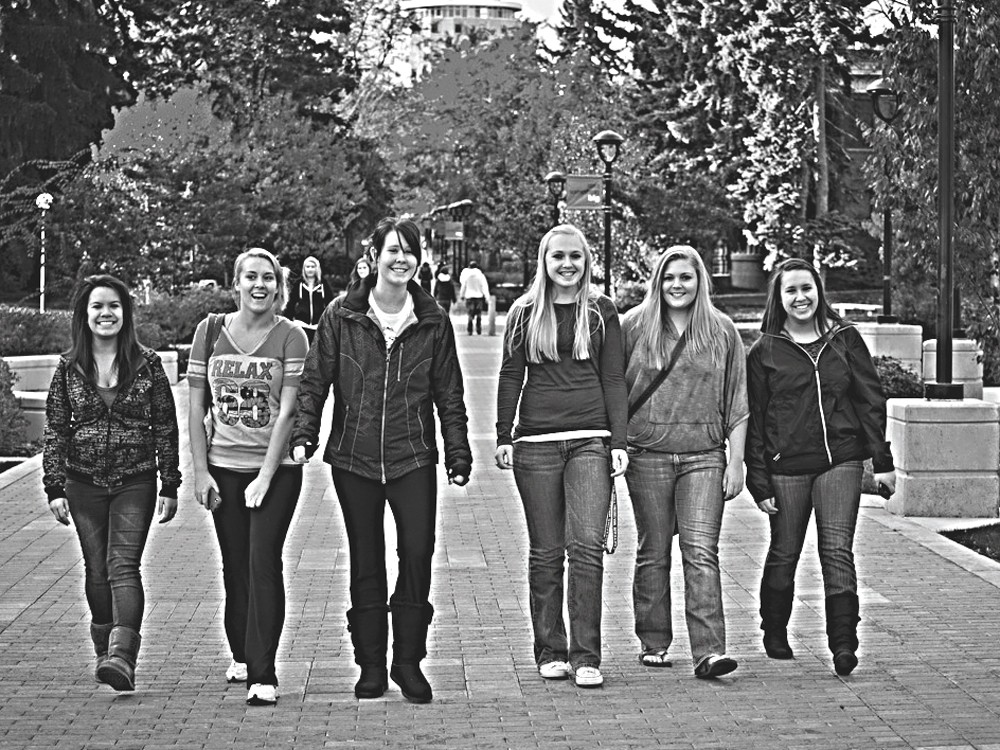 Located in the small and — depending on whom you ask — tight-knit college town of Cheney, EWU prides itself on a welcoming campus feel, the Red Turf (National Football Champions, 2010) and diversity. Here, the Greek life comes with serious academic ambitions. Some frat and sorority leaders are currently lobbying for later library hours.

MYTH EXAMINED: “Eastern students genuinely believe the ‘Start Something Big’ motto.” It sure seems like a lot of them do. Take a look around EWU. You’ll see course collaboration with the community, like the mechanical engineering accelerometer project with the police force last spring. You’ll see club commitments to campus sustainability, student government attempts to establish a smoke-free campus, a Greek system dedicated to donating thousands of pounds to the food bank. These are not small tasks.

KNOWN FOR: Providing a quality education, with more than 100 undergrad programs of study, at an affordable cost.

Verdict: Confirmed. As cheesy as the phrase may be, student leaders stand by the catch phrase.

Last Year: Like numerous state schools, EWU is experiencing the dread of budget cuts. Last spring the TRiO tutoring program, a useful student-to-student tool to assist in academic success, teetered on the edge of being cut.

Math anxiety: EWU’s math courses have a reputation of being real GPA killers. In one entry-level math course, a few years ago, 60 percent of the students who took the class either withdrew or didn’t score high enough to get college credit. In another case, 138 students took the course, and not a single one scored high enough to get an A. Those figures contributed to EWU’s decision to kill its mathematics graduate programs.

Math classes aren’t the sort you can fake your way through. Your college slacking strategies are worthless here. Instead, spending intensive daily sessions in the tutoring lab — and doing the “recommended” homework problems — is practically required.

Parking Panics: Parking tickets may be the bane of your existence, but common sense and college smarts can help you avoid being ticketed. Parking at EWU means competing with commuting non-traditional students and grad students. The penalty for breaking the parking rules can be up to $35. It’s pricey to ensure a spot of asphalt. Student government is looking into expanding parking options. Be forewarned. You can’t hide from the parking permit police.

On the plus side, parking lots make the perfect party spaces for tailgates and homecoming bonfire activities — two pastimes EWU loves.