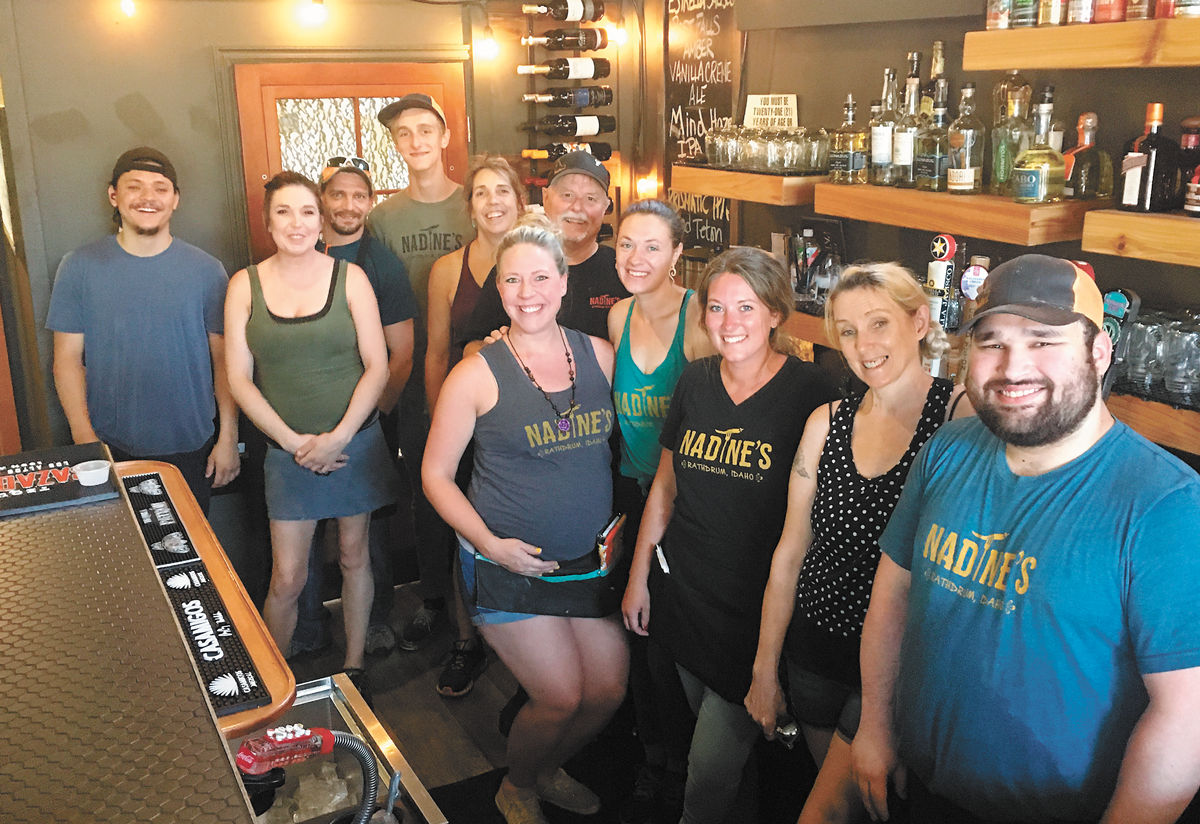 The team behind one of Rathdrum's beloved destinations. |Carrie Scozzaro photo

Google "Mexican food" and "North Idaho" and you're likely to get a couple dozen hits, from food trucks to fast food to fast casual places that offer something unexpected, like house-made everything.

Count Nadine's Mexican Kitchen among the latter, with scratch-made salsas, appetizers like pork belly and pineapple skewers, and mouthwatering meals like smoked brisket chimichangas and Yucatan-style chicken enchiladas with roasted chilies. And having recently added spirits to their lineup, they're busy applying the same focus to their cocktail menu as they have their food menu, which consistently earns raves from social media-based reviewers.

Another unexpected aspect of Nadine's: They're in Rathdrum, Idaho, a mostly rural town whose claims to fame since its founding in 1861 include railroading, being the county seat for a bit (until Coeur d'Alene nabbed the government reins), and being the place you'll probably pass through en route to someplace else like Spirit Lake or Priest River.

But the little 'burb on the northwest corner of the prairie where Highways 53 and 41 intersect suited Nadine's founders Dave and Sue Walsh just fine. And in the past five years, the restaurant they created to honor Dave's mother has done really well.

"We knew it was going to be popular because my wife and I came up with all the recipes and we've been in the restaurant business a long time," says Dave Walsh. Both of them had logged many, many years in the restaurant industry before opening Nadine's — he at Qdoba and an out-of-state rotisserie business, and she at Oval Office in Post Falls.

What would mom have thought of the place? Although she passed away before they opened, says Walsh, he knows she would have loved it.

"She would love the salads — the chop salad — and she loved dessert for dinner... so the churro sundae would be her favorite."