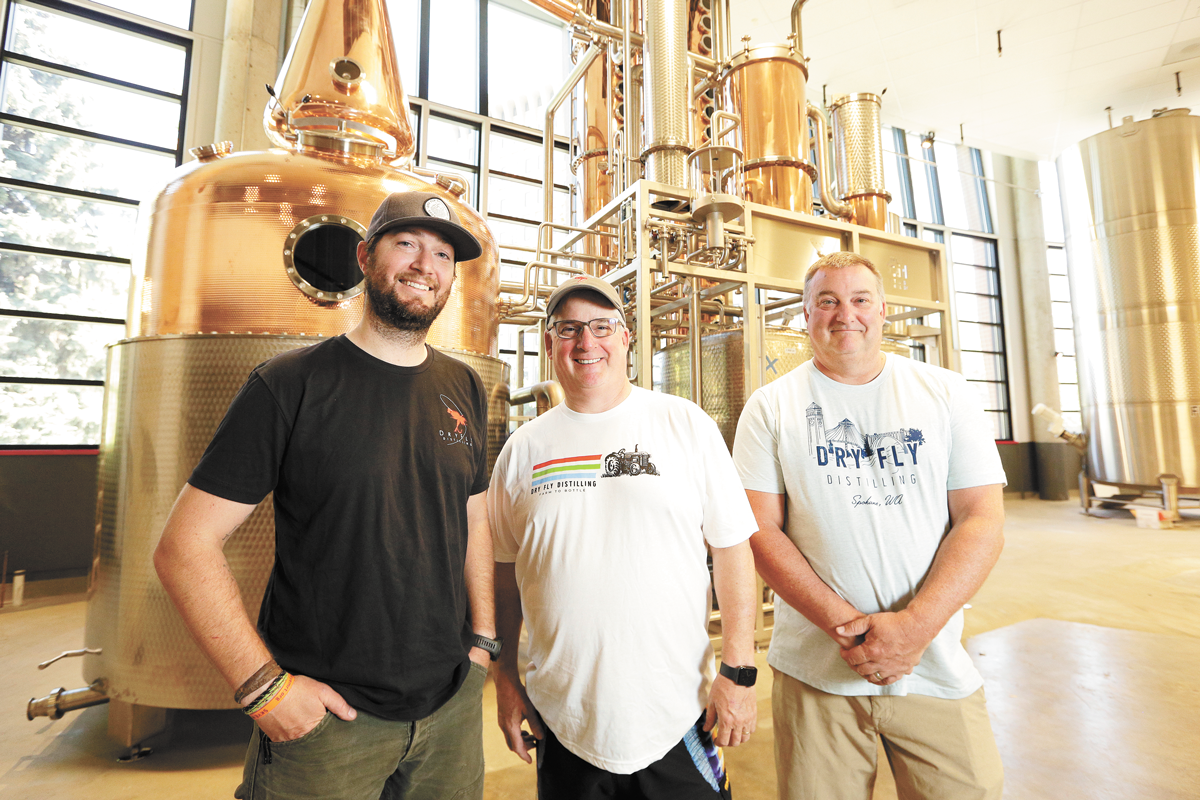 The year 2021 is shaping up to be a big one for Dry Fly Distilling, and not only because Inlander readers have once again bestowed upon it the title of "Best Local Distillery," marking its seventh consecutive win since the Best Of question was introduced.

Perhaps the biggest reason Dry Fly, its owners and staff are celebrating this year, however, is because the distillery will soon open the doors to its new, state-of-the-art downtown Spokane digs on the corner of Lincoln and Riverside.

The move from East Trent was years in the making, and was made largely because of Dry Fly's tremendous recent growth, says co-owner Terry Nichols.

"We're in our 14th year, working on 15, and you know, the last couple of years the growth has just been exponential," Nichols says. "A lot of that has to do with our introduction of canned cocktails and distribution into about 40 states total. That is what pushed the need for more production capacity."

Dry Fly's new location inside the former Spokesman-Review press building boasts floor-to-ceiling windows overlooking the street, offering unobstructed views of its massive still and many huge holding tanks for fermentation, mixing and proofing. The new space is more than double the square-footage of Dry Fly's old digs in the Riverwalk building, and was furnished with all new equipment, Nichols says, including a spirits still imported from Germany.

While onlookers on the street can peek at Dry Fly's process to make its award-winning gin, vodka and whiskey, the best views are inside, both in the new main-level tasting room and a second floor private event space. Nichols says before year's end the distillery will also launch its onsite kitchen to offer a full food menu alongside its spirits and cocktails, as well as beer and wine. A separate, connected retail space lets visitors buy bottles (a brand new addition to this lineup is Dry Fly's huckleberry vodka), merch and canned cocktails on site.

While the past year was fraught with difficulties for many in the hospitality sector, Dry Fly was fortunate to retain all 13 of its staff, Nichols says. For a lengthy period last year, the distillery wasn't making liquor, but rather alcohol-based hand sanitizer in response to global shortages that made the disinfectant impossible to find during the initial peak of the COVID-19 pandemic.

All told, Nichols estimates Dry Fly produced about 50,000 gallons of its "Spokanitizer," giving away half to first responders, nonprofits and the public. "Anyone who called that needed it, they were taken care of," he says.

Since the worst moments of the pandemic have passed, Dry Fly has been back doing what it does best, making award-winning spirits and cocktails, and the future outlook from its new home is looking mighty bright.

"I think that with the expanded capacity and efficiencies that we have in this facility, our current growth trends will continue on, and we will continue to add people and add states and countries to our distribution footprint," Nichols reflects. "Spokane has been very kind to Dry Fly, and so the success we're having here is because of them."