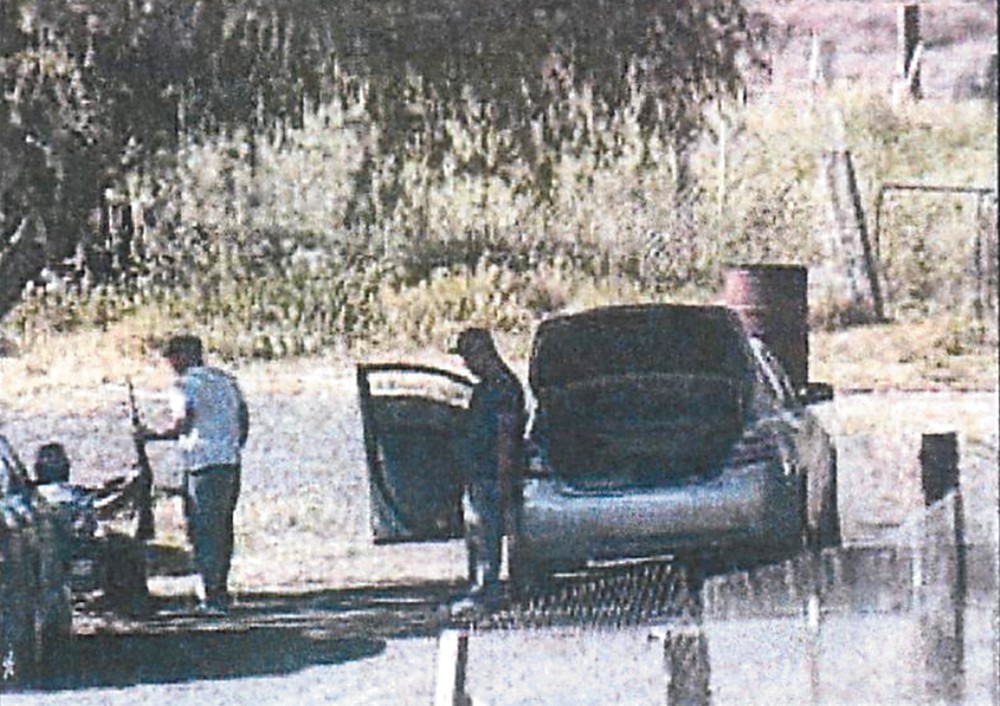 Kennewick Police Department
Investigators video-surveilled Leonel Vargas' home without a warrant for a month before capturing this image.

Imagine having a video camera trained on the front of your house 24 hours a day. It records each time you leave or return home. It monitors your daily routines and visitors. It can see when you adjust the curtains or turn out the lights. Every time you step outside, the camera's rolling, following you as you check the mail, take out the trash or unload your groceries.

Now imagine you didn't know it was there. What do you think someone could learn about you? How would you feel when you found out? And would you have anything to hide?

The Vargas case serves as just one recent conflict.

Earlier this year, Leonel M. Vargas, 36, learned Tri-Cities area gang investigators had placed a video camera on a telephone pole near his rural Pasco home without a warrant, filming his house and yard around the clock for more than a month. His home sits well outside the city amid irrigated fields and orchards along the Snake River, east of town.

Court records show the Tri-Cities Violent Gang Task Force suspected Vargas may have ties to a Mexican drug trafficking operation. They also believed him to be an undocumented immigrant. Investigators did not offer additional probable cause to support installing the camera.

Starting on April 4, detectives monitored live and recorded footage of Vargas' front door, carport and yard. They could zoom and pan the camera remotely, taping and scrutinizing the Vargas house from the police station 12 miles away.

On May 6, the camera recorded Vargas and two other men allegedly shooting pistols and a .22 rifle at beer bottles in the adjacent yard. Based on that footage, investigators obtained a search warrant, seizing four firearms and three "small baggies" of methamphetamine from the home.

Vargas was indicted on suspicion of unlawful possession of a firearm by an illegal immigrant and one count of possession of methamphetamine with intent to distribute. He remains in custody in the Benton County Jail, facing more than five years in prison and potential deportation if convicted.

Investigators argue they can video-record anything typically visible from the street, any space that could be seen by a passing car or jogger. But Fakhoury and other privacy advocates argue to throw out the video evidence, saying continuous, long-term surveillance is much more invasive and should require a warrant.

"Any other rule," Fakhoury writes, "would allow the police free reign to silently watch and record those they dislike, waiting for someone to inevitably commit one of the myriad federal crimes."

U.S. District Court Judge Edward Shea, presiding over the Vargas case, issued an order earlier this fall asking the Electronic Frontier Foundation to weigh in on the privacy concerns involved. The foundation submitted its brief last week. The U.S. Attorney's Office must file a response next week, prior to a pretrial review hearing set for Feb. 11. The assistant U.S. attorney prosecuting the case could not be reached for comment.

Fakhoury argues that other forms of long-term surveillance, such as wiretaps or GPS trackers, not only require warrants, but police must also show they have tried less invasive methods and failed to get the information they seek. Those warrants also often include restrictions on what can be monitored and time limitations.

"Secretly video recording an individual in his home is one of the most invasive forms of electronic surveillance possible," Fakhoury writes. "With video surveillance, officers can capture the details of a person's life, whether big or small, in high definition."

Other civil liberty advocates have voiced similar concerns, with the ACLU of Washington warning: "This type of long-term, persistent video surveillance without a warrant threatens privacy and speech rights. It needs to be restricted to ensure that innocent people are not arbitrarily targeted."

On a related issue, the Seattle Police Department was recently pressured into shutting down a Wi-Fi tracking network after The Stranger newspaper ran a long story on the secret system.

In Spokane, the City Council adopted a new ordinance this past summer requiring their approval of any new police surveillance technology. The Spokane Police Department has also postponed a proposed plan to install several permanent surveillance cameras in high-traffic areas of downtown.

"We are going to re-examine it in 2014," a Spokane police statement says. "As of now, we put this on hold due to budget constraints." ♦