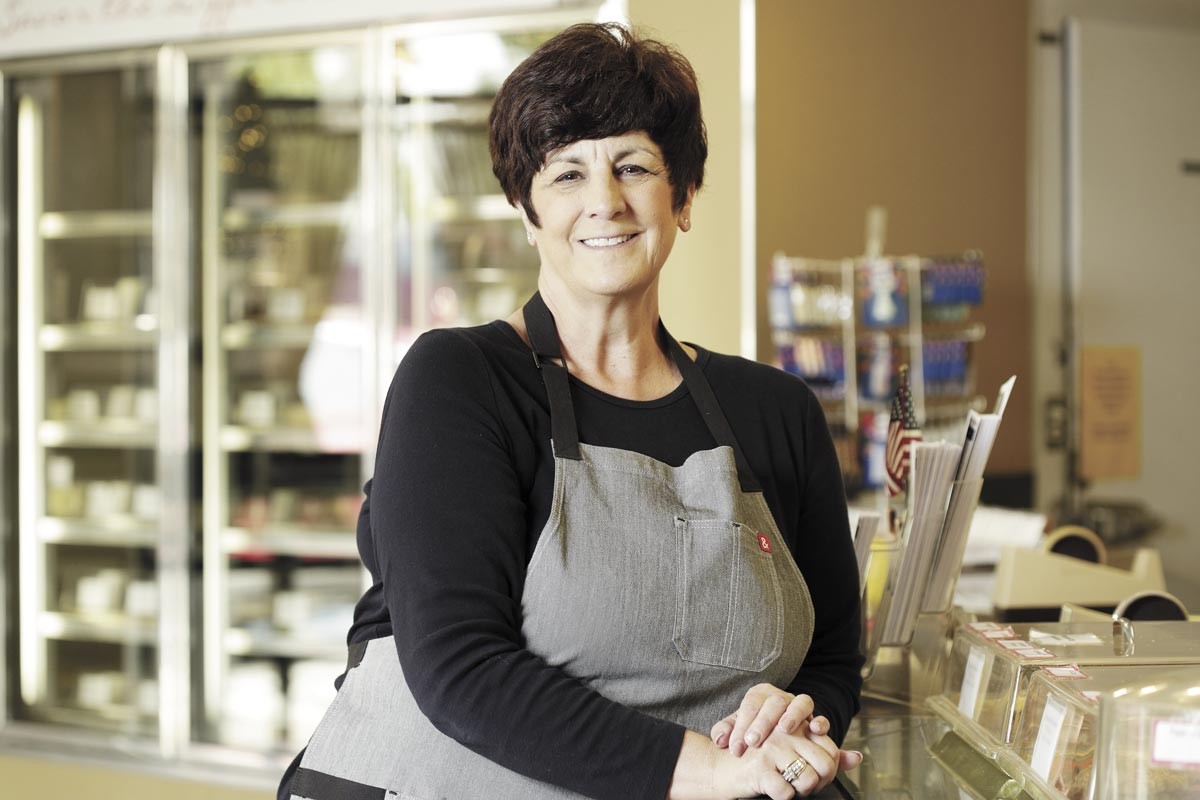 f ever there was a time for a little something sweet, it would be now, and Eva Roberts has just the thing for you at Just American Desserts.

Located in Spokane Valley, JAD is the result of a lifetime of persistence and a little bit of luck for Roberts, who started the business with her sister and mother in 1986.

"We came up with the name as we thought we were traditional, like grandma used to make... American style desserts," says Roberts, who also credits her late husband's support for building a business that in 2009 garnered a coveted Agora Award from Greater Spokane Inc.

Roberts now runs the business on her own (with the help of loyal employees, some of them dating back 20 years), dividing her time between the bakery and related ventures like teaching classes for My Fresh Basket in Kendall Yards.

In December 2020, she competed on Food Network's Holiday Baking Championship, making it to the finale in a field of 12 and finishing fourth.

"My whole goal was just to stay in the game," says Roberts, recalling how difficult it was physically, but also mentally. When she blanked on a recipe for sponge cake she could otherwise make in her sleep, Roberts gritted her teeth and persevered.

It wasn't the first time in her 35 year career that Roberts has faced challenges. In the '70s, she got a job at Patsy Clark's as a part-time pastry chef, wowing the general manager with her chocolate fudge cake. A week in, however, she was thrust into the head position after the chef quit, taking all her recipes with her.

"Having no training, basically being a home baker, it was like drinking water from a fire hose," says Roberts, whose scratch-made desserts resonated with customers.

"I believe in using real ingredients in their natural state," says Roberts, who can tell the difference in a scratch-made versus box-mix cake just by the smell.

While Roberts learned on the job, she also made the most of every mistake. Scaling up for the restaurant, for example, she once ended up with omelets instead of the batch of delicate sponge cakes she'd tried to make en masse, so she tried again. And again. And again, if that's what it took to get it right.

"Everything I did was through the school of hard knocks," says Roberts, who got interested in baking at age 10 or 11. She had discovered her mother's Betty Crocker cookbook, especially the dessert section.

"I love the way baking is exacting and not as forgiving as regular cooking," says Roberts, who was also influenced by the family's early Air Force travels.

"I remember the pastry shops in Japan that had a very strong French influence," says Roberts, who learned the important lesson of presentation from those very elegant displays.

Another influence is her food idol: Alice Medrich, who introduced a burgeoning Berkeley, California, food scene to French truffles in the late '70s with her acclaimed Cocolat dessert shop.

"To this day, I make similar style chocolate truffles, and I cherish her Hot Milk Sponge Cake recipe, which I still use today for my Yule Logs," says Roberts, who also makes cheesecakes, pies, pastries, cookies, sheet cakes and more.

"Just American Desserts sees people mostly during their celebratory times," she says. "I will do a wedding cake, then the baby shower, all the birthdays, graduations and then the wedding cake for their children."