Forty years ago, a boat was made in Spokane — it's purple and runs great

My dad had traded in the family boat, a 1974 Jolly Roger ski boat, and my brother was not handling the loss well. It was impractical to keep it, though. We were a family of five with kids all in their teens, and a seating area comparable to that of a Honda Civic wasn't cutting it, but that didn't keep him from welling up with tears when he said goodbye.

After about a day it seemed like he'd come to terms with what had happened, but by the end of the week he and my grandfather came back to Priest Lake from Spokane with the Jolly Roger in tow. I remember the whole affair having a very Lazarus feel to it. I wasn't sure how or why it came back, but he'd wrangled up some cash and there it was, back from its tomb. 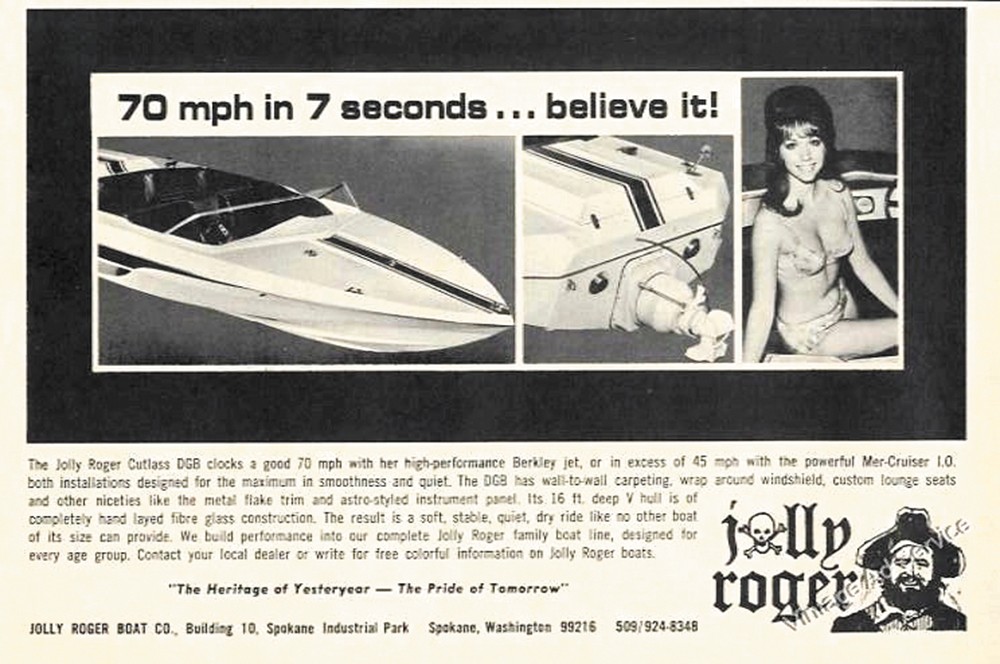 It's been almost 20 years since that afternoon when the already 20-plus-year-old boat cemented itself as a family touchstone, and you still might see it on Priest Lake. You'd know if you did. It's not just purple, but also sparkly, thanks to a metalflake finish the original bill of sale prices at $450.

The boat was made in Spokane in a time when Spokane made, among other things, boats. Jolly Roger boats experienced a brief popularity, along with other, similar styles made locally, like American Eagle and Apollo boats. You can dig and dig for more on the Jolly Roger Boat Company, and you'll find a 1969 newspaper ad that promised top speeds of 70 mph (for the jet model) and featured a gratuitous image of a woman in a bikini. You'll find the company listed as residing in the Spokane Industrial Park, owned by a guy named Charles E. Walters, and, according to the Spokane Daily Chronicle, sold in 1970 to the Pacific American Marine Corp. You can reminisce with veteran marina owners who remember the Jolly Rogers, but not exactly what became of them after they rolled out their final models in 1974. A lot of people think the company was absorbed by Apollo Boats, but the son of that company's late owner, who folded the boat operation to make hot tubs, will tell you that wasn't the case.

My dad first saw his Jolly Roger at the Spokane Boat Show in the winter of 1975. It was propped up at an angle, like they transport hydroplanes. He had graduated from college and was working for his family's egg farming business, building chicken houses and caring for the first flock of birds. The pay wasn't great, but he was splitting a converted garage with a friend and had a little cash in his pocket when he walked into Ike's Marina on Division Street. He was in his 20s and had the opportunity to own a boat, a sparkly purple one at that. It was 1975. This was not a difficult decision. 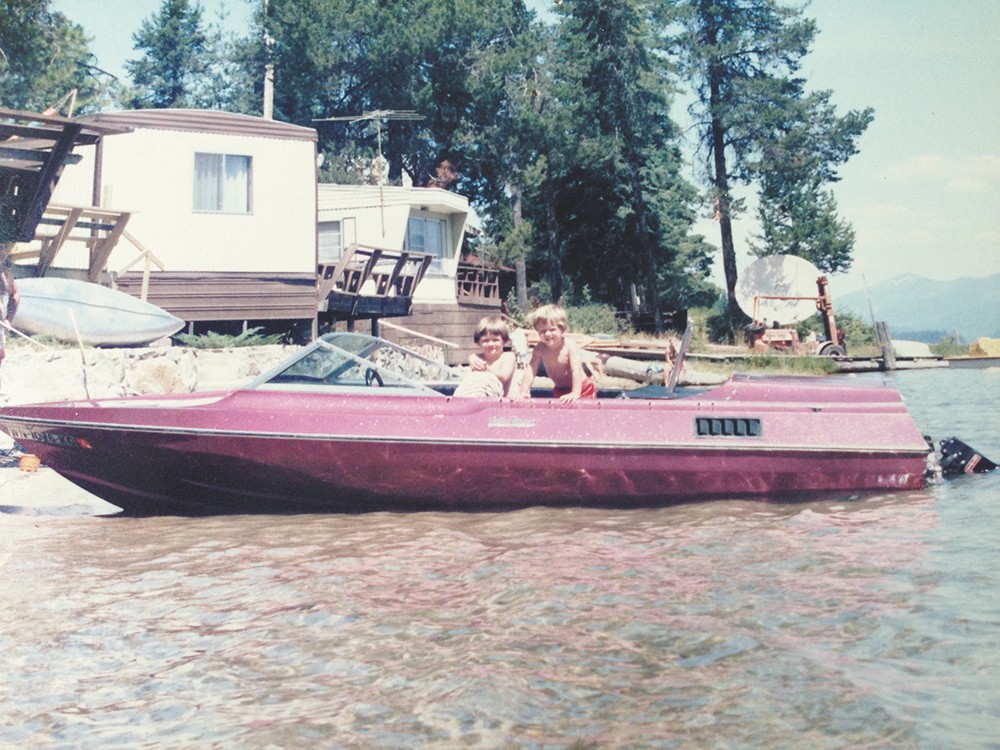 The author and his brother in the mid 1980s.

Along the way, my dad found his way to law school and then married my mom, and the boat circulated through his family. It was in the front yard of one of his brothers when ash from Mount St. Helens rained down. Another brother got his finger stuck in a hole in the steering wheel while it was parked at a dock at Priest Lake and required volunteer paramedics to extricate the jeopardized digit. Everyone in the family seems to have some story like this that ties them to the Jolly Roger.

Summers passed, and that 140-horsepower, four-cylinder Mercruiser engine pulled my mom and my dad and all their friends and family members water-skiing. My brother was born, and then me, and then the Jolly Roger blew a piston somewhere near Coolin on Priest Lake. A complete engine rebuild later, the boat was back on the water, but our family moved to the Seattle area and expanded by one when my sister came along. We all learned to ski behind the purple Jolly Roger, mostly during too-short summer vacations at our grandparents' place on Priest Lake.

I returned to Priest for a couple of summers as an adult, the mountain air an antidote to college in Los Angeles. The Jolly Roger was my primary transportation to a job collecting garbage and stacking firewood that would have been a lot more horrible had I not had a boat ride home to look forward to. It broke down a few times, but nothing a call to my dad or brother couldn't fix. Some folks bitch about spending more time repairing their boats than driving them, but if that's something you're complaining about, your life is going pretty good, I'd say.

One night upon leaving a resort bar, I found a boat window smashed out and the interior covered in blood. The next day a bartender at the resort heard a guy talking about his buddy's severely cut hand. A few hours later I had an envelope full of cash for repairs. I'd end up marrying that bartender.

The boat still gets out most summers. It could use a little work — that metalflake doesn't sparkle like it once did and the black interior, even protected by my mother's custom-made covers, has seen better days — but it runs nice if you treat it well, and we do.

When we tie it up at a public dock, we're stopped by guys who say they remember when their friend had a boat like that. Or maybe they even had one. They can never quite remember how the Jolly Roger fit into the picture, with all those other boats coming out of Spokane in those heady post-Expo years, but they always say it's a nice boat and that they don't make them like that anymore.