Three local entrepreneurs are hoping to give musicians an edge 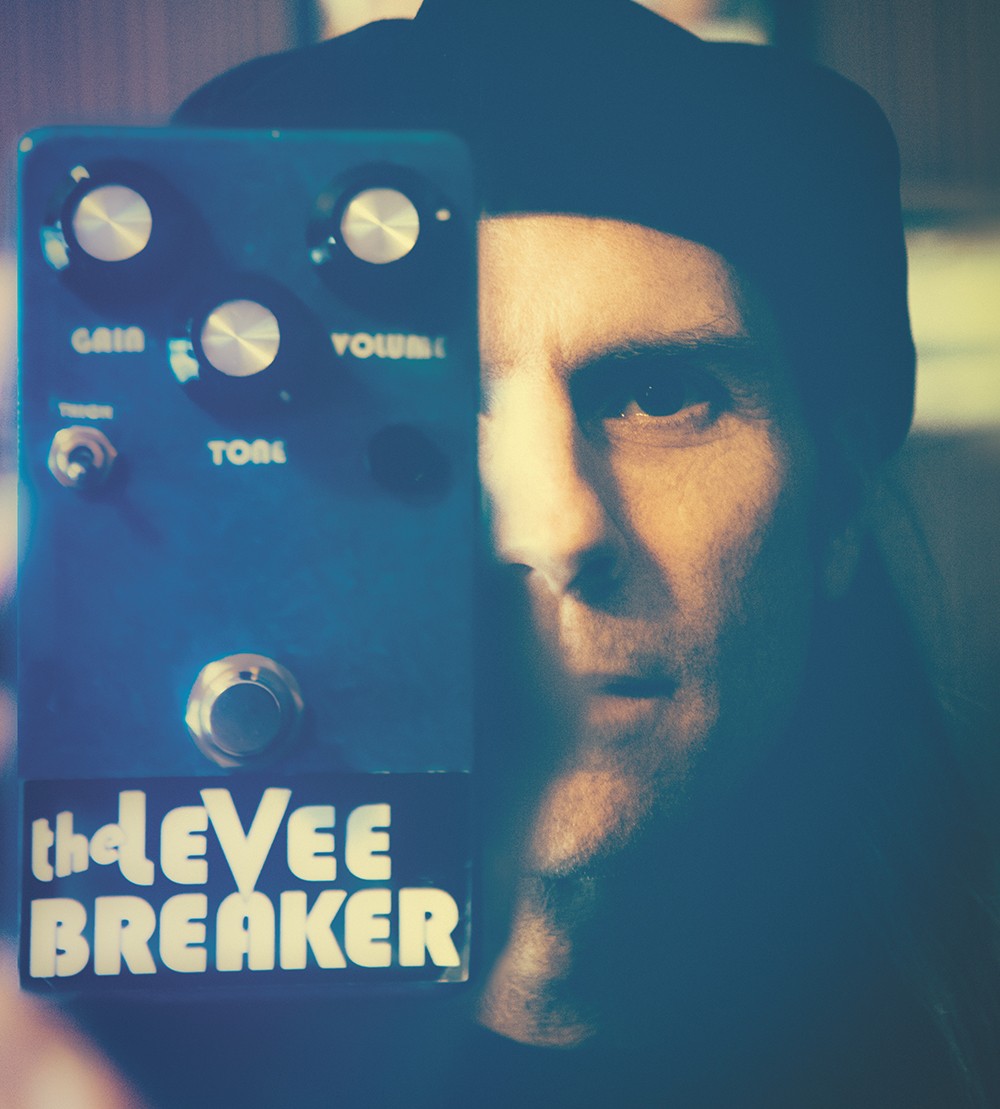 Rock stars make it all look so easy.

That's because they have the right tools. Three local innovators, in varying stages of business success, make music sound just a little brighter.

A Chinese company wanted to help sell his pedal design.

"Do you understand what I'm doing here?" Kit Ehrgood asked. "This isn't mass-produced."

It was back in 2011, and the company had watched a YouTube demo video breaking down just how many sound-enhancing options the Gumbo Overdrive Pedal offered. He turned them down.

After that video hit, Ehrgood says the Spokane Music Institute, which he owns, couldn't keep up with demand for the guitar effects pedal. The device was modeled after the tones of Marshall and Dumble amps, the latter of which are quite rare. A used Dumble amp can cost as much as $50,000. The Gumbo Overdrive Pedal is just $150.

"When Dumble shows up, people's ears perk up. These amps have a voodoo power," says Ehrgood in his SMI office on Garland Avenue. "I've had the opportunity to play a couple, so I knew that was the sound I wanted."

The other interesting aspect is that students hand-craft each pedal. About five years ago, the whole idea started as an effort to teach kids from all backgrounds about the technical side of music.

"I've always had the idea for the pedal," says Ehrgood, whose first guitar teacher was Allen Collins of Lynyrd Skynyrd. Local technician Kalman Hevessy helped him make the design easier for all hands to grasp, solidifying a circuit board that could uniformly be placed inside a casing by students, who are paid for their efforts.

"Bottom line: this isn't about the money," Ehrgood says. "Helping people — that's where my riches are."

The machine spins pieces of porcelain into a humming delirium. Inside, brass guitar slides are shined so thoroughly that you can see your reflection in them.

"It's basically pieces of toilet doing the work," Danny Songhurst, 34, explains in his North Spokane garage. "But the slides come out great in the end."

Back in 2011, Songhurst didn't know anything about polishing metal, but after taking over for his uncle (Mark Morse, who passed away in 2006, founded Mark's Guitar Shop on Garland), the Rock Slide has taken off. The brass slide sells globally, and Songhurst — who has added a glass version to the lineup — is currently working out a deal with Guitar Center.

Guitar slides create that swampy sound in Americana music, and an ambient, one-note quality in indie music or sludge metal. Started by Morse in 1999 and later patented, the inside is tapered, and is flattened on the side, providing a place for fingers to rest. When Songhurst took over the line, the slides were made in Taiwan. Now they're cut at Another Screw Machine Products in Ponderay, Idaho.

Songhurst first saw success in the music business in 2008 with Songhurst Guitars, but the father of two says he knew adding the slides would change his whole enterprise. For almost two solid years, he would cold-call and email music businesses to see if they'd bite. Eventually, they did. Some famous musicians (Myles Kennedy, Dave Keuning of the Killers) started using them. While guitar making used to be at the forefront, now he can focus on creating them when he wants to, not just to pay the mortgage. 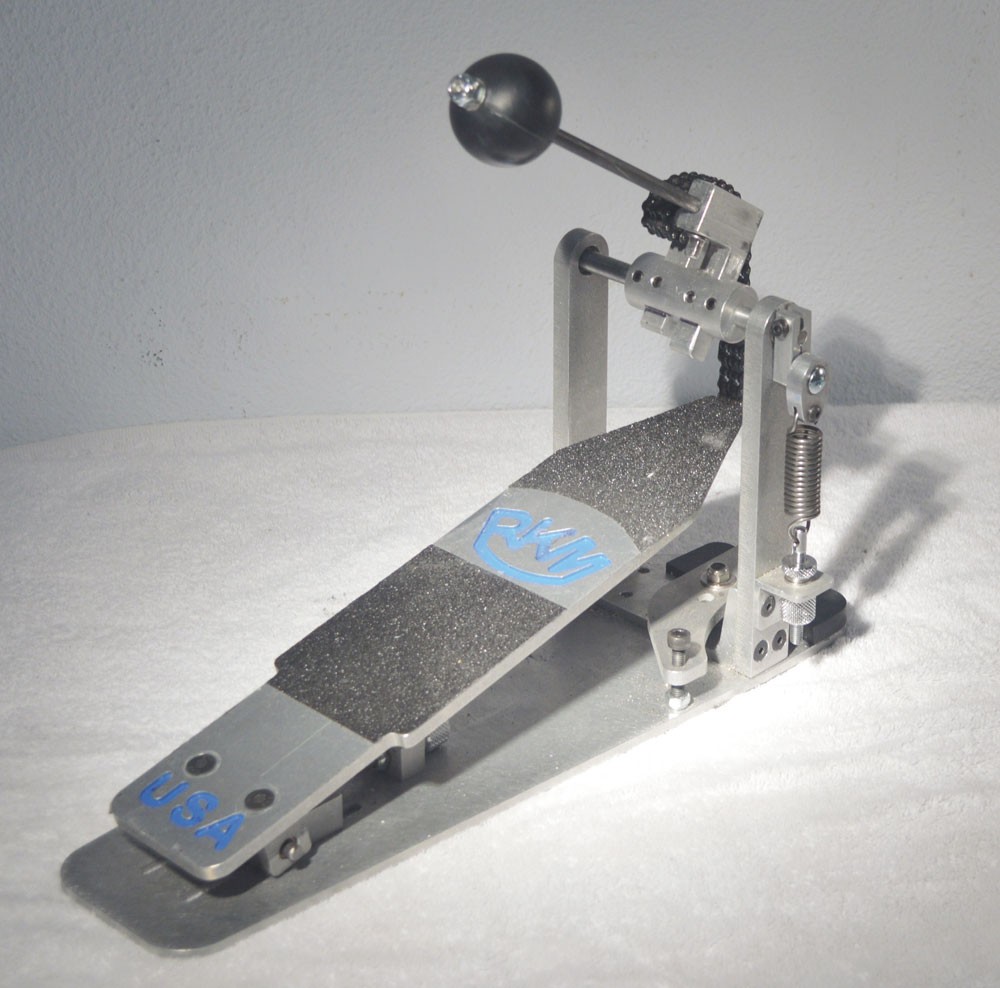 When Rick Meyerson attacks his drum set, his entire dining-room-turned-practice-space vibrates and his pink cheeks glow a little brighter. Drums are his outlet, on which he can bang out his troubles. Playing for 48 years, mostly in his native Seattle, he knows what he wants from a drum set. For as long as he can remember, the bass drum pedals he used didn't cut it. With skills acquired during a career at Boeing, Meyerson eventually made his own pedal.

"Everything on this pedal is engineered for drummers, by a drummer," he says. "It is completely ergonomically correct."

He calls his company RKM Innovations, LLC, named for him and his wife Kathy Meyerson.

Two of the 5-pound pedals sit on his kitchen table; their aircraft-quality aluminum is smooth to the touch. Almost everything on the pedal is adjustable. His invention is now patented, and there are countless possibilities involving its use, exactly how a drummer wants it; there are no index marks for settings.

Local business Precision Cutting Technologies does the metalwork for most of the parts; Meyerson then assembles them in his home office. All parts are made in the USA, something he's quite proud of.

Meyerson, who played in Scorpius for six years and is now in local cover band Untyed, hasn't seen much success so far when it comes to his pedal. He's had a couple of press releases in Modern Drummer and been to drumming conventions with his product. Now it's just a matter of waiting.

"If you put your foot right there, it feels so good," he says, pointing to the pedal's long footboard. "I think any drummer, they would like it." ♦