Medical education and gun safety get hearings in Olympia

By Daniel Walters and Deanna Pan 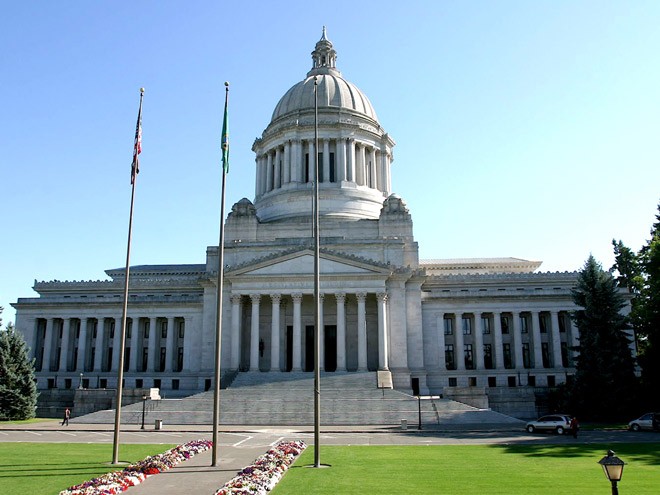 The House Higher Education Committee of the Washington State Legislature, in a 12-1 vote, approved a bill that changes a century-old statute, paving the way for Washington State University to build its own MED SCHOOL in Spokane. The Senate Higher Ed Committee also passed an equivalent bill.

"There's a recognition that this Montlake monopoly on medical education needs to be undone," says state Rep. Marcus Riccelli, referring to the University of Washington's status as the state's sole public provider of MD degrees.

The bill still now has to move through the Rules Committee and get a floor vote in the House and Senate before becoming law. Then there's the $2.5 million in state funding that WSU will need to secure to move forward with its medical school plans.

UW — which just announced its president would be leaving for Texas A&M — has agreed not to officially oppose WSU's efforts to create its own med school. The sole voter against the proposal, Seattle state Rep. Gerry Pollet, however, is also a clinical instructor at UW. He tried unsuccessfully to amend the bill to first require a year-long study of the best way to meet the state's medical needs.

Also on Friday, a tweet from the UW twitter account warned that, "if appropriated state funds are reallocated away from the [UW School of Medicine] in #Spokane, #Washington could lose 40 medical student slots. #DoNoHarm."

"I think we can grow both programs. Plenty of states our size have multiple medical schools," Riccelli says. "We need 1,700 new primary care physicians by 2030." (DANIEL WALTERS)

Loved ones of CHRIS AND SHEENA HENDERSON testified before the Senate Law and Justice Committee on Monday in support of new legislation that would create a notification system for law enforcement agencies returning firearms to potentially dangerous people.

"It's my belief that if you put yourself in my position as a parent and you know that you want very much to be able to protect your children, and what this law does — what I believe it will do — is give me the opportunity to protect my children," Kennison said.

In July, Sheena was shot and killed by her estranged husband, Chris, while at work at the Rockwood Cancer Treatment Center, before he turned the gun on himself. In May, her husband's gun was confiscated by police after he threatened to commit suicide. Chris, whose mental health had long been in decline, was able to retrieve his firearm from Spokane police custody the day before the murder-suicide.

"If [Sheena] would have known, she could have been empowered," Otoupalik said. "She could have protected herself in some way."

In late January, Kenison traveled to Olympia to testify in support of different legislation, House Bill 1448, which would allow police responding to threats or attempts of suicide to notify mental health professionals who can then make involuntary treatment determinations. Kenison and Otoupalik testified for the Senate version of the bill on Tuesday before the Human Services, Mental Health and Housing Committee. (DEANNA PAN)