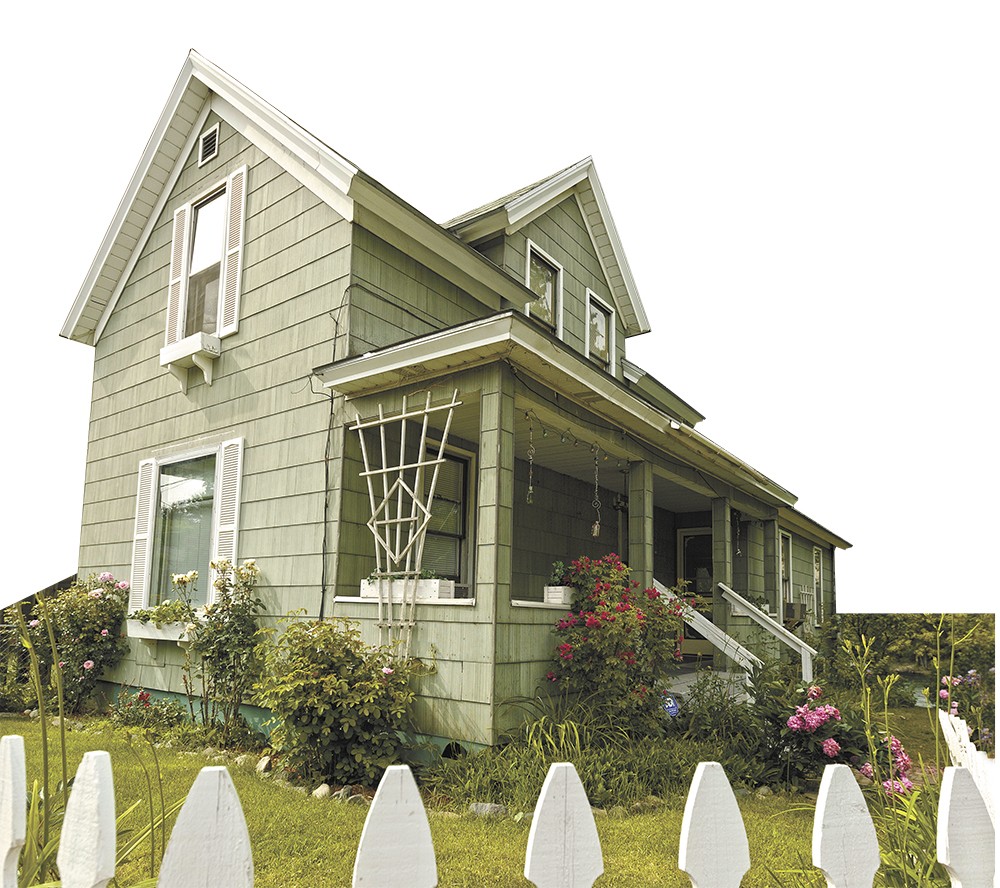 When Mary Moltke had to cut down the tree in front of her house,

people came to her door asking if they could have a piece of it. After all, it was the tree that Johnny Depp sat in during the film Benny & Joon.

Until recently, Moltke herself lived in the Peaceful Valley cottage, the exterior of which was used as the title characters' home in the 1993 film starring Depp, Mary Stuart Masterson and Aidan Quinn. The interior scenes were shot in a studio, a detail that lent itself to a unique decorating opportunity for Moltke when she decided to relocate to another property and list the house on Airbnb.

Also the owner of Roberts Mansion, Moltke noticed a decrease in business coinciding with the advent and increasing popularity of the do-it-yourself house rental market.

"I figured if you can't beat 'em, join 'em, so it's completely changed our business plan here. But that's all I could do, because suddenly I had more than a hundred illegal [competitors] here in town," says Moltke.

Roberts Mansion, once a bed and breakfast, is now considered an inn. The expense of the permit for a bed and breakfast proved a business challenge in light of the "sharing economy" provided by Airbnb and other similar Internet sites.

When she brainstormed ways to decorate the house this spring, Moltke found herself asking: WWJD? What would Joon do?

"My daughter is an artist in New York and she came home and left me about 20 large oil paintings she had done, and they were very much the style that Joon would do, so I had instant artwork [for the house.] I also have one of the original pieces that was in the movie," she says.

With the paintings in place, Moltke recruited her friend Julie Saucier to add color to the rest of the house. The overtone of the film is palpable throughout the house and Moltke brings everyone into the fold by providing a copy of the film for guests to watch.

"It could be wild and colorful and not really matching and crazy, and that's what I love," says Saucier. She found bedding and draperies all in the spirit of Joon, down to the last detail. The house is abundant with quirky film references, from the doorknobs hanging from the kitchen ceiling to the old iron left on the countertop in case guests find themselves hungry for a grilled cheese — but Moltke was careful to make sure the house would appeal to even those without an affinity for the film, perhaps the most popular feature ever to be shot in Spokane. 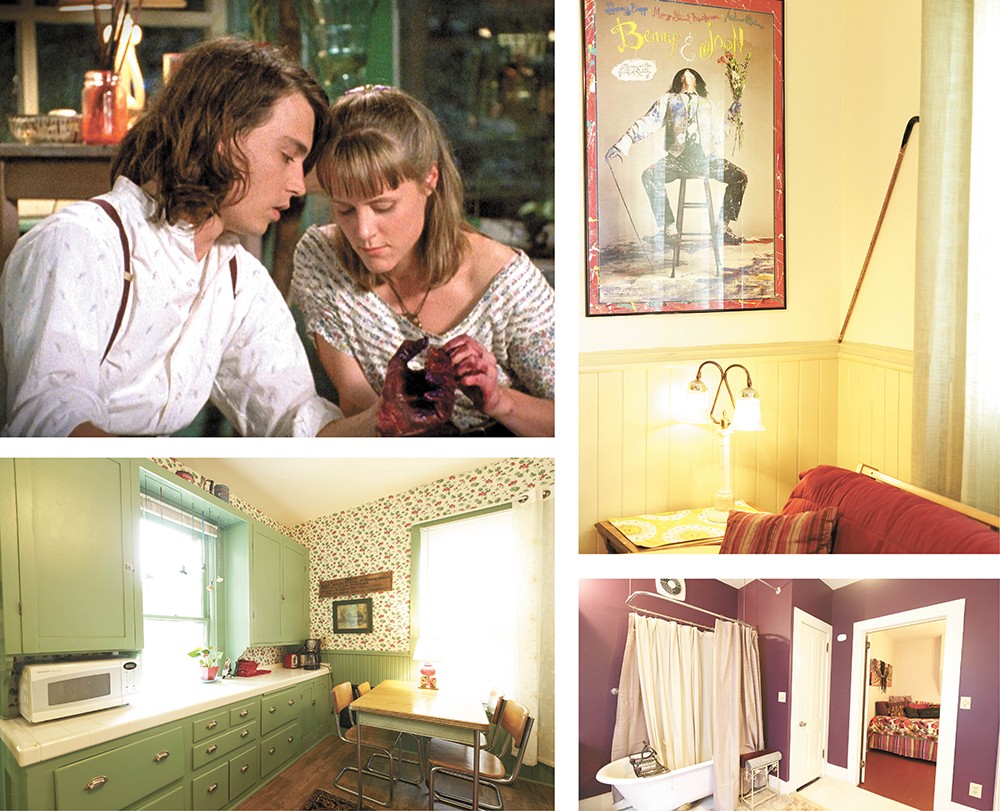 The association with the film draws in about half of Moltke's visitors, but her decision to purchase the house 12 years ago had nothing to do with Benny & Joon.

"I had taken my daughter down there to play [with her friend who lived in the house] and was just enamored with the location, with the river going right by it, so I always, always wanted it."

Through her daughter's friend, Moltke learned that the house would be going on the market. "At that time, there were people pestering the mom left and right, saying they wanted to buy it, and she was very frustrated. I said, 'Well, if you sell it to me you can stay here and rent it for a year,' and I think that's what might have made the difference."

The house runs right up to the water's edge, with both a cozy, screened-in patio and a small but inviting outdoor one. The charming, overgrown shrubbery spills over the property, making the house look straight out of a fairy tale and appealing to anyone looking for a weekend of water and whimsy — not to mention a chance for hard-core Benny & Joon devotees to indulge in their fandom.

"You know, we had to kind of do a fine line on the decorating because we didn't want to get it so crazy normal people would be offended, but on the other hand, we wanted it funky enough," says Moltke.♦